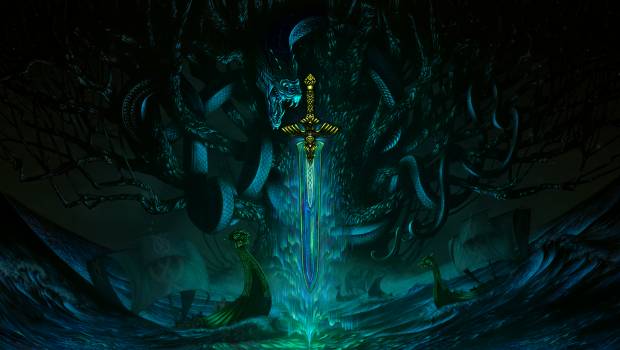 WotC’s Week of Metal on Twitch showcased a number of metal bands as they spoke about their love for Magic and excitement for what Kaldheim would bring. Each band also had the opportunity to showcase a new card from Kaldheim and reveal new characters and mechanics to set the stage for Magic’s next premiere card set.

Kaldheim introduces two new mechanics to Magic: Boast and Foretell. ‘Foretell’ allows players to exile a card and pay its Foretell cost instead of its usual casting cost at a later stage, prompting their opponents to keep their wit against banked cards that can be played at reduced cost. ‘Boast’, true to a bloodthirsty viking’s nature, can activate when a creature with the ability attacks, giving players an extra incentive to attack opponents early and often.

Snow, modal double face cards and sagas return in Kaldheim, each in unique ways. In addition to these epic mechanics comes the new showcase frames for Kaldheim. Legendary cards such as Halvar the God of Battle and Tibalt the Cosmic Imposter will arrive in style through Kaldheim’s unique showcase frames, presenting chiseled patterns reminiscent of ancient carved stone.

For more information on Kaldheim, visit https://magic.wizards.com/en/products/kaldheim or view the Kaldheim trailer here.