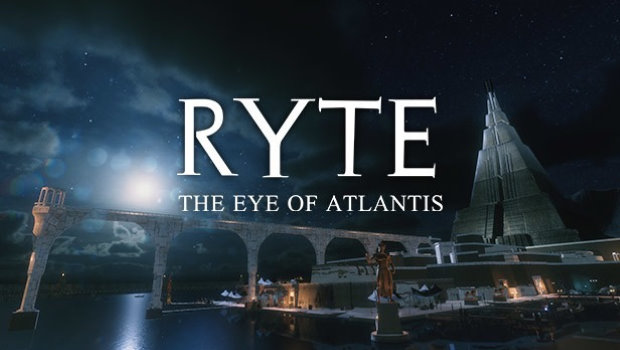 Ryte – The Eye of Atlantis PC Review (Quest 2 via Link)

I love a good fable, a myth that travels through the ages and retains a sense of wonder. Atlantis is one of those stories, is it grounded in reality? Is it simply a story intended to impart a lesson? Is it pure fantasy for the sake of good story telling? Ryte – The Eye of Atlantis seemed like it was planning to continue that tradition… then, kind of, didn’t. 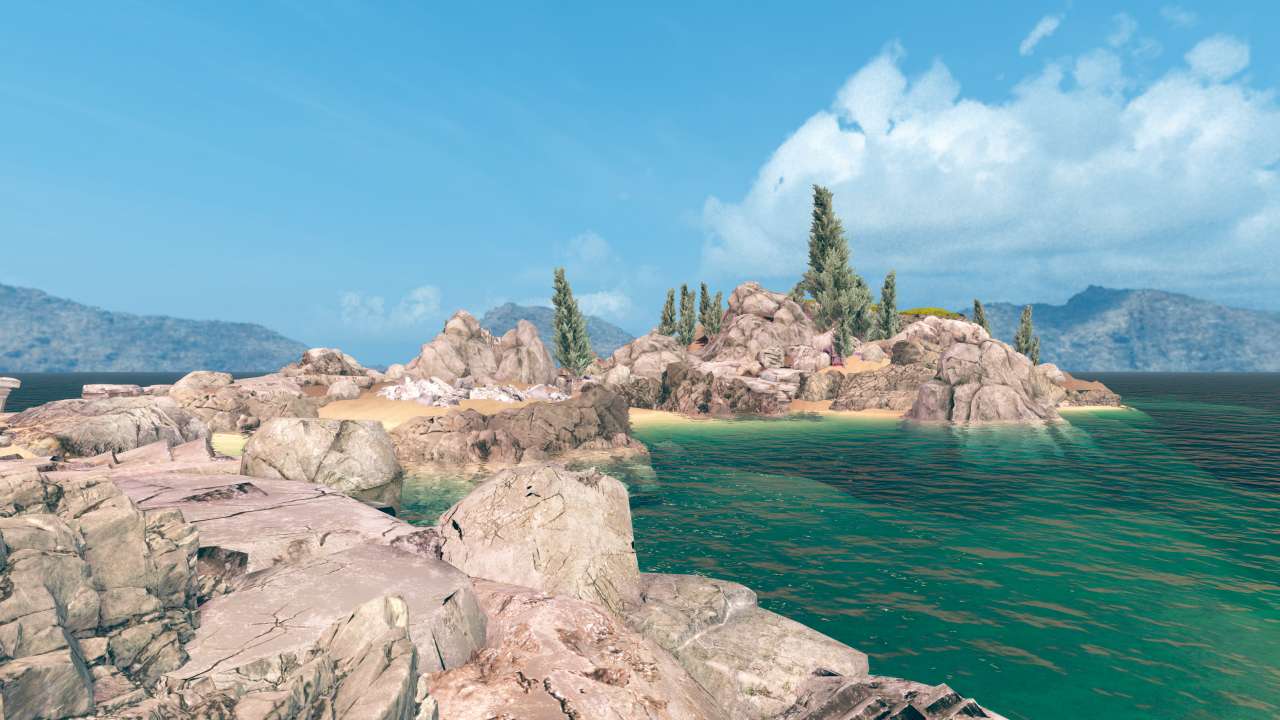 I’ll start with the good, the visuals. The game does look quite stunning, clearly the art department put a lot of effort into setting the aesthetic and giving it a believable feel. Starting on the coast you can almost feel the breeze and smell the salty air. Movement is via teleportation only which I’m fine with… I like free movement but I understand that some people just can’t do that without feeling sick and those of us who have been using VR long enough now are more or less used to teleportation as a standard mode of travel (even if it’s not the preferred option). I did have some issues with using the teleportation and trying to get in the best place to view the puzzles, true I could have moved in the real world and my virtual self would have adjusted… but at the time the cable I was connecting the Quest 2 to my PC with was a bit short (that’s on me though, not the game). 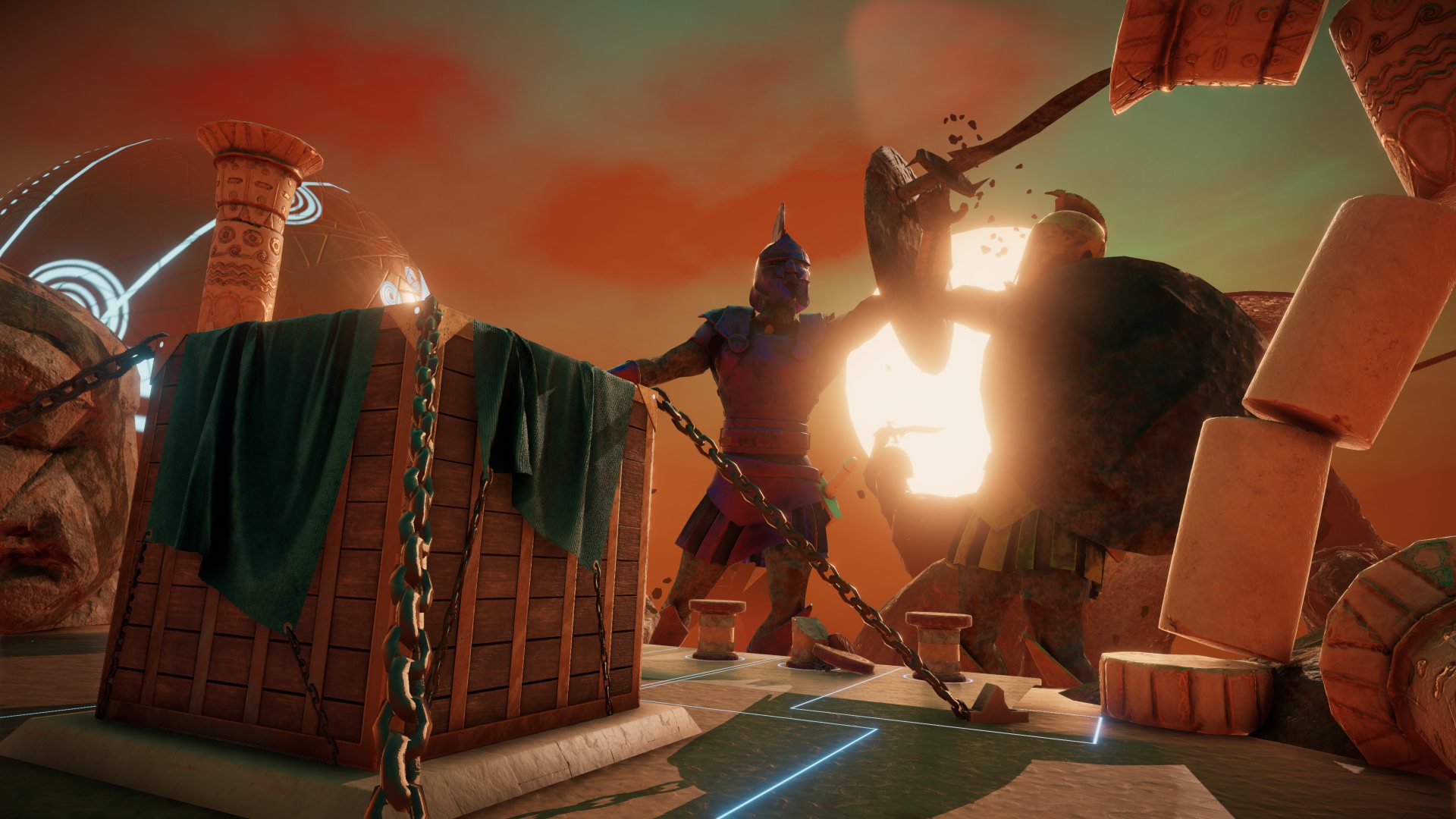 That movement issue is somewhat more of a nuisance when you consider that part of the games premise is that you are a customer of the Historia Time Travel agency, now I know some travel packages do involve a fairly strict itinerary, but Ryte really doesn’t want you venturing too far from it’s predetermined path. This is not an exploration game… this is a “here’s a puzzle… done that… ok, here’s the next puzzle” game, which is fine… if that’s what you are looking for and you aren’t expecting to be able to really dig your tourist feet into the whole of Atlantis. 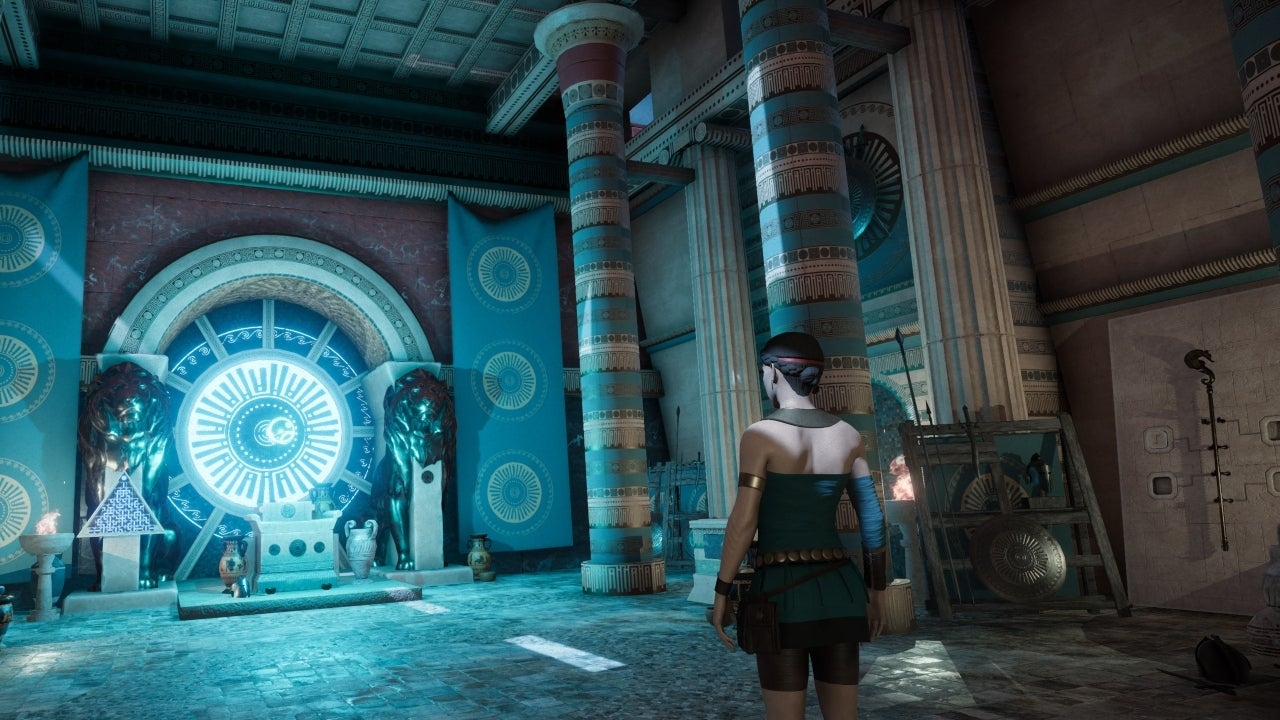 Though the sound is generally quite decent, I did find it a bit odd when you are told that you can pick up shells and if you put it to your ear you can hear conversations of the people that when you move the shell away from your ear… the sound remains the same. Now I will admit it would be a tricky choice as a developer to make, do you go for the ultra real volume/sound adjust depending on how close it is to your ear to mimic real life or do you go for more of a “I’ve put it to my ear, I just want to hear the recording and keep moving” approach, so that might have been more a style choice rather than a missed opportunity for further immersion. 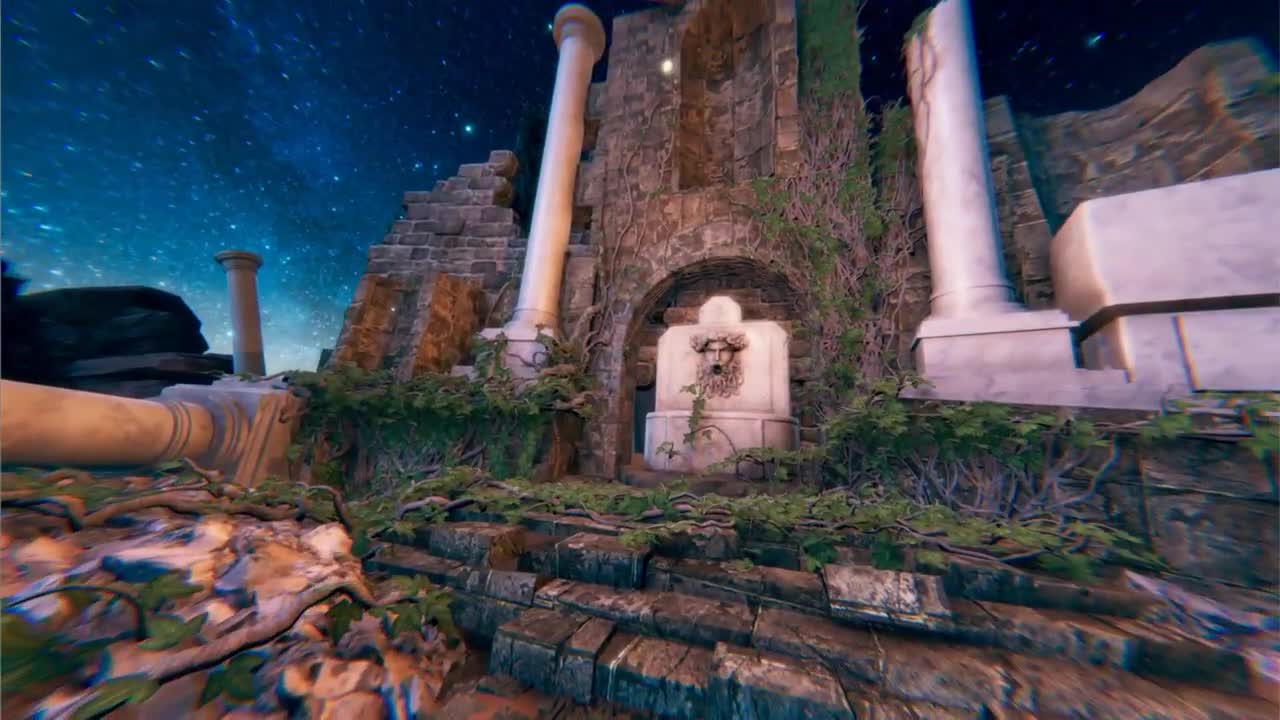 Control wise (granted I was using Quest 2 linked to my PC… but I think this is regardless of controllers)… things are a bit iffy. The first thing is controlling some of the puzzles can be a bit less than natural feeling. As an example, some puzzles require you to basically rotate discs to match symbols… sounds easy enough, except it felt like I had to grip it a certain way or at a certain point for it to play nice and rotate correctly. Personally I would also have liked to be able to rotate the puzzle guides for when you are putting the “key” together to enter a new area… again, technically I could probably have moved around my physical space (if I wasn’t so shortly tethered) but even given that, looking under an object is always a challenge when you still need to retain some sense of the real world around you. The second is regarding the inventory… it’s kind of clever but then fails in the execution. It’s not a seamless transition of reaching behind you, pulling the inventory open in front of you grabbing what you want and it disappearing… for me at least it seemed everytime I had to then press something else to close it and it just felt clunky. 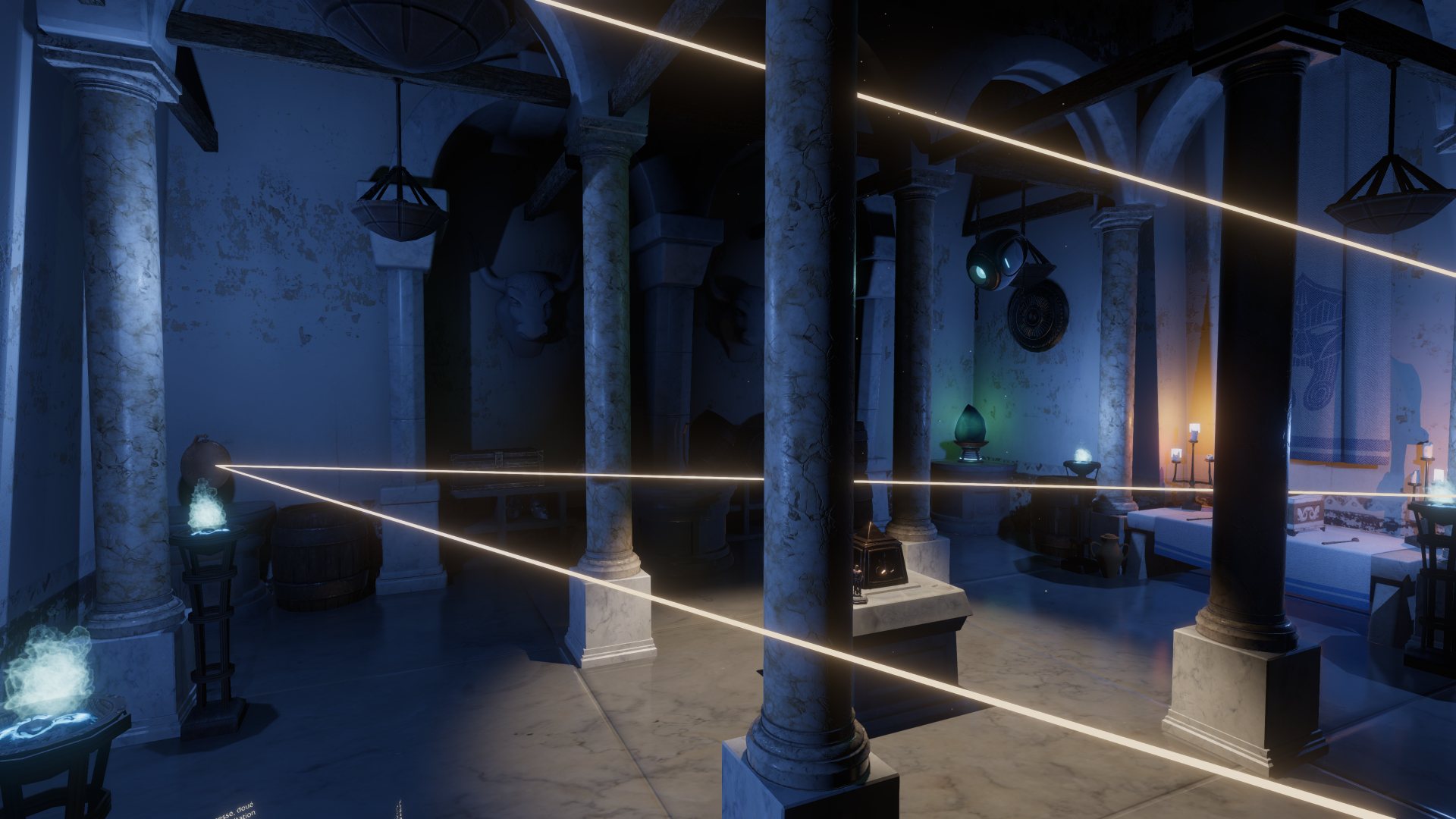 There are some good ideas here and some very nice visuals… but it just lacks some polish and I suspect many people will be lured to the game simply because of the use of Atlantis in the title with the expectation that they could explore the legendary city… unfortunately they will have to look elsewhere to get their mythological travel fix.

Not really one I’d recommend unless it’s on deep discount and you just really want another quick puzzle game.