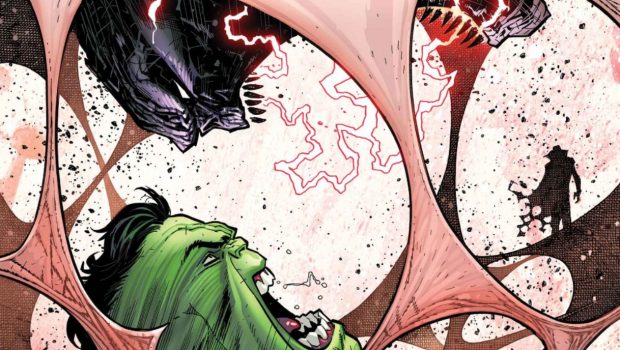 In the pages of Donny Cates and Ryan Ottley’s action-packed run of HULK, Bruce Banner has jetted off to the far reaches of space and found a new home for himself—an entire planet of Hulk-like creatures thriving under the heat of a gamma star! On this Hulk Planet, Bruce is worshipped and enjoying a peace he’s never known… but where the Hulk goes, destruction follows. TITAN, the deadliest Hulk in Marvel Comics history, refuses to be suppressed any longer, and Bruce is about to pay a terrible price for believing he was ever in control. Written and drawn by Ottley, the breathtaking finale to this dramatic new HULK saga will be told this April in HULK #14, and fans can expect surprise revelations and shocking twists that will smash open the way to what’s next for the character.

Titan is now in control, and his endless rage may destroy Hulk Planet. Within the remaining fragments of the Mind Palace, Bruce Banner must reckon with the harm he has inflicted on the Hulk if either of them are to have any chance of regaining control and saving the planet.  But Bruce knows better than anyone that once a part of the Hulk has unlocked itself, there’s no closing that door ever again…

“It’s been so much fun to finally tackle working on the HULK. And being able to write the last four issues of this arc and bring some story elements to fruition was such a challenge but I’ve enjoyed it the whole way,” Ottley said. “Drawing comics is what I’m used to, writing is a whole different animal, but doing both jobs was great and makes me want to do it more often! Feels sad to wrap up the arc and move on, but it’s definitely one of my favorite comic experiences. Hulk will always be one of my favorite Marvel heroes. And now with Titan added to the rogues gallery, hopefully we’ll see him again someday in all his fury and glory!”

Check out the cover below, and see the full might of TITAN this April in HULK #14! For more information, visit Marvel.com.