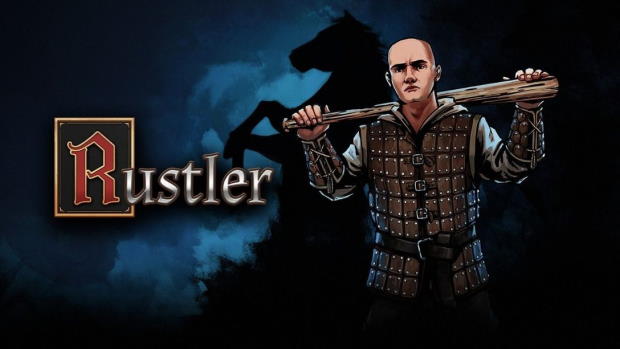 Summary: Almost more a "skin" than a homage to the original GTA... the same feel in a different era. Simple silly fun!

Often when writing reviews a comparison is made. Comparisons help to act as a sort of short hand for a reader to get an idea of what the game is like. With Rustler it’s really almost more like it’s a skinned version of GTA rather than a game inspired by it. That’s a good thing if you loved GTA because this really feels like the same game but taken through a time portal to the middle ages. I guess Rustler sounds more catchy than Grand Theft Equus but either works and if you are indeed familiar with the original GTA (ie the old top down, mumbled mission details game) then this will seem all too familiar… almost like you are in some kind of Twilight Zone Episode where the experience you knew has been changed in some ways but still feels ultimately the same. 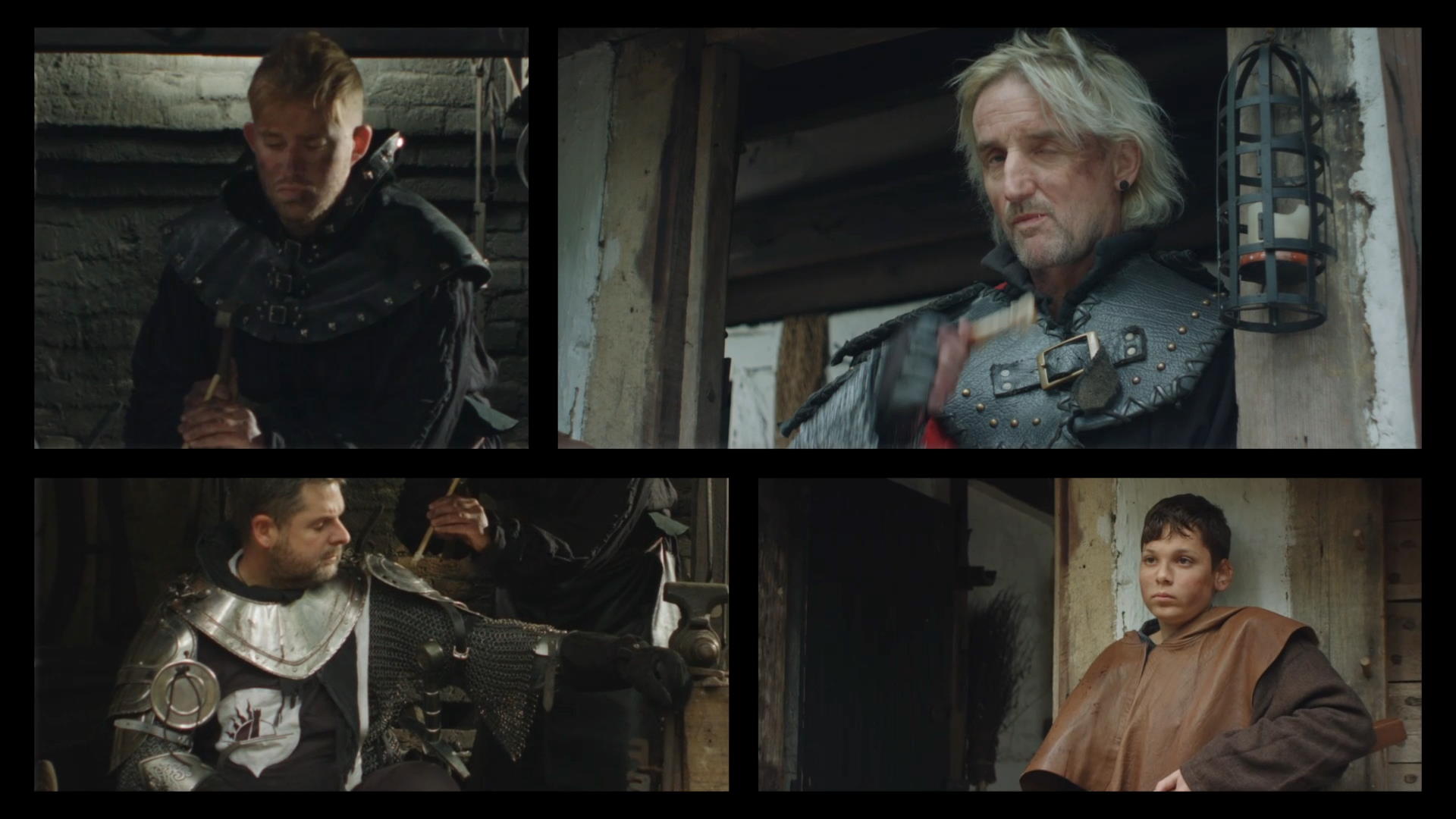 I really could leave it there, that does sum up Rustler, but for those not familiar with the original GTA (and to be fair that is now 24 years old), the core of the game revolves around your character, who is a medieval thug, completing quests, stealing, fighting and generally causing mayhem. You can follow the main storyline or just go out and raise hell any way you see fit. 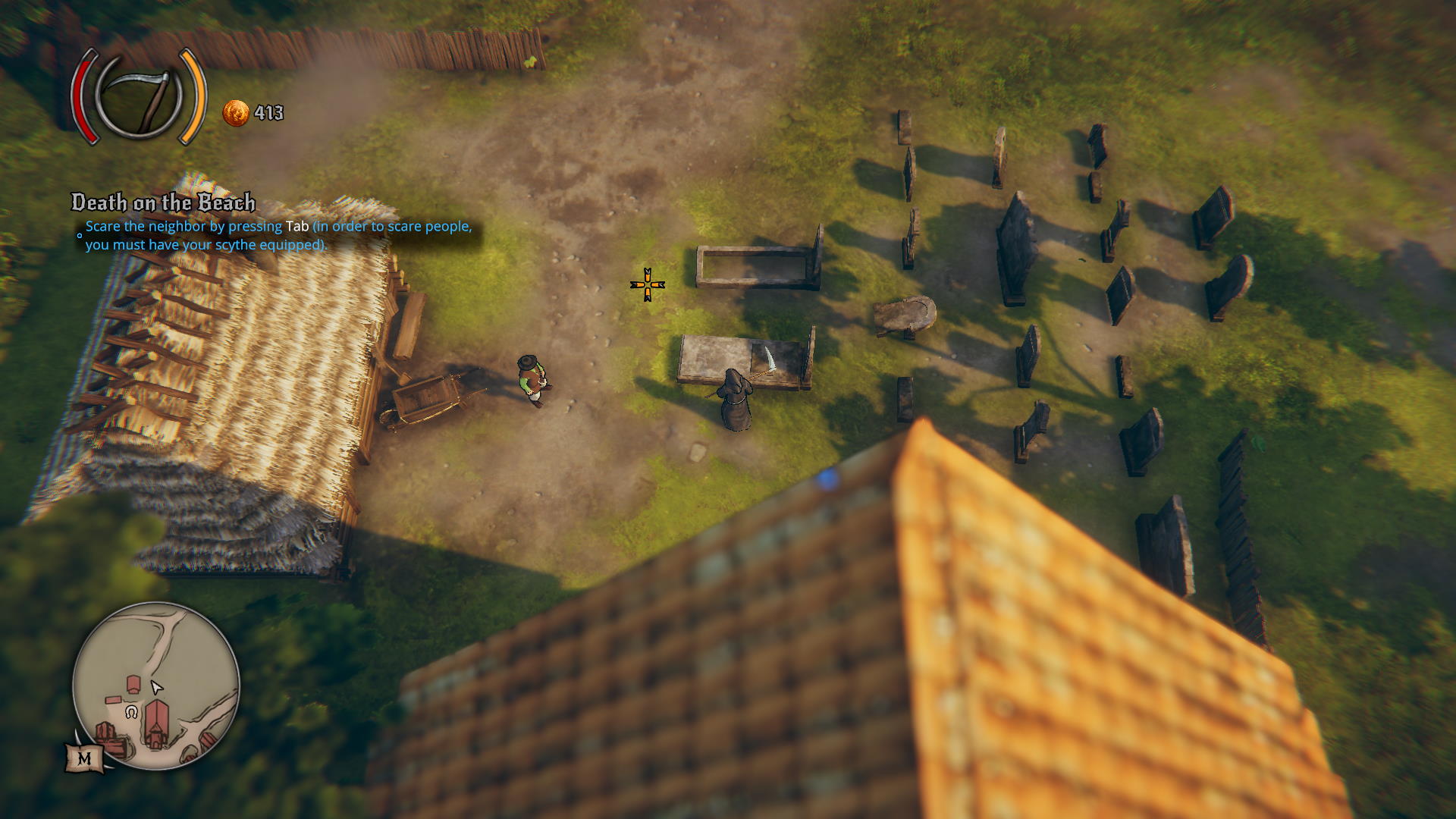 Much like GTA there are pop culture references, silly little easter eggs and a whole lot of crazy fun. There are bards on many street corners playing music… sometimes beatboxing. You can dress up as the grim reaper and scare peasants. Horses can be towed for being in “No Horse Zones”… you can even join a “round earthers” sect. 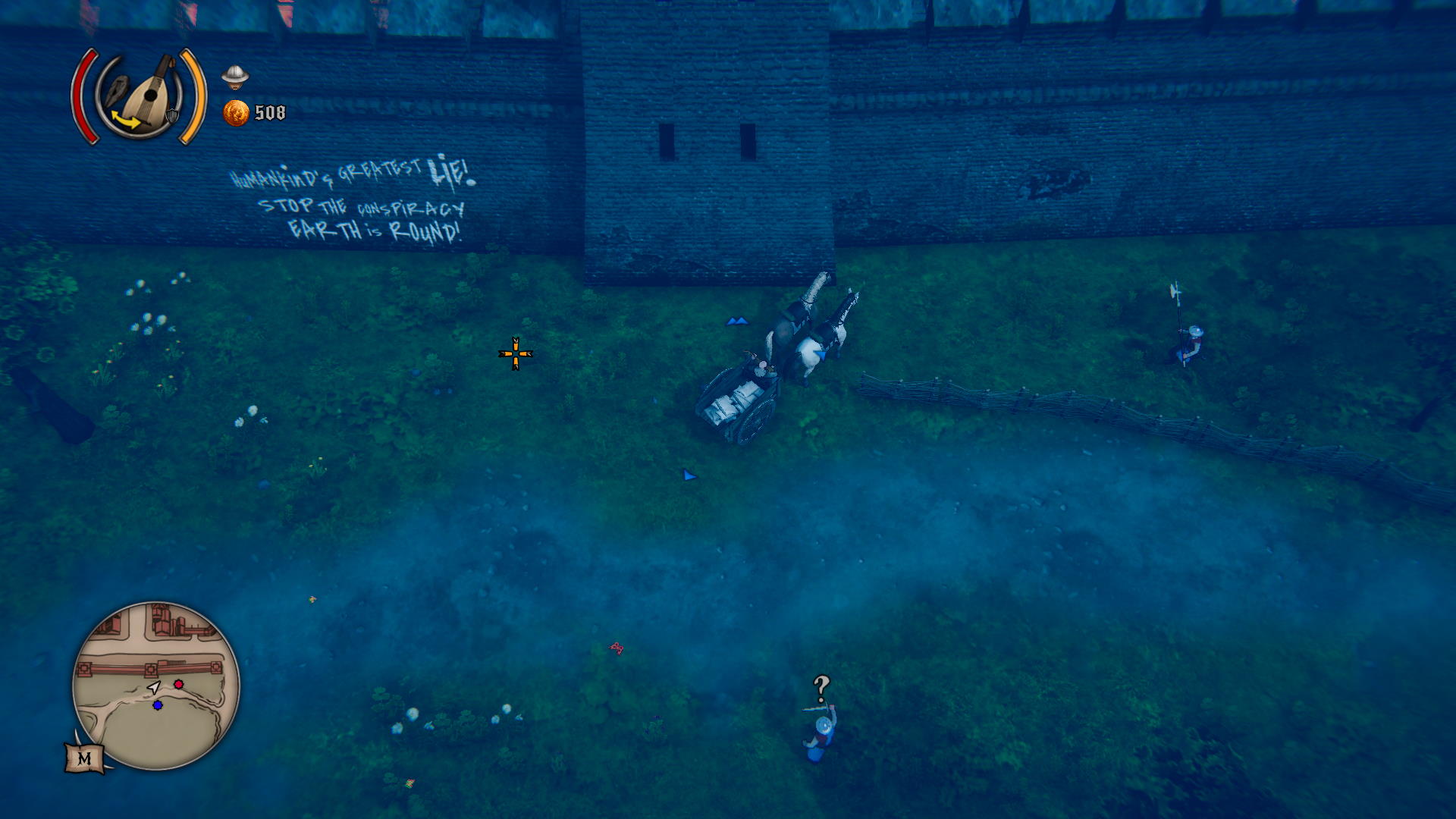 Visually the game even begins with the split screen video intro that my hazy memory thinks was in the original GTA (come on, it’s 24 years ago now and my memory is iffy at the best of times with recent events). The in game visuals are kind of like the change between GTA 1 and GTA 2… in that they are familiar looking but more enhanced, better lighting effects, better clarity and of course in Rustler they are all carriageways and horses rather than roads and cars. 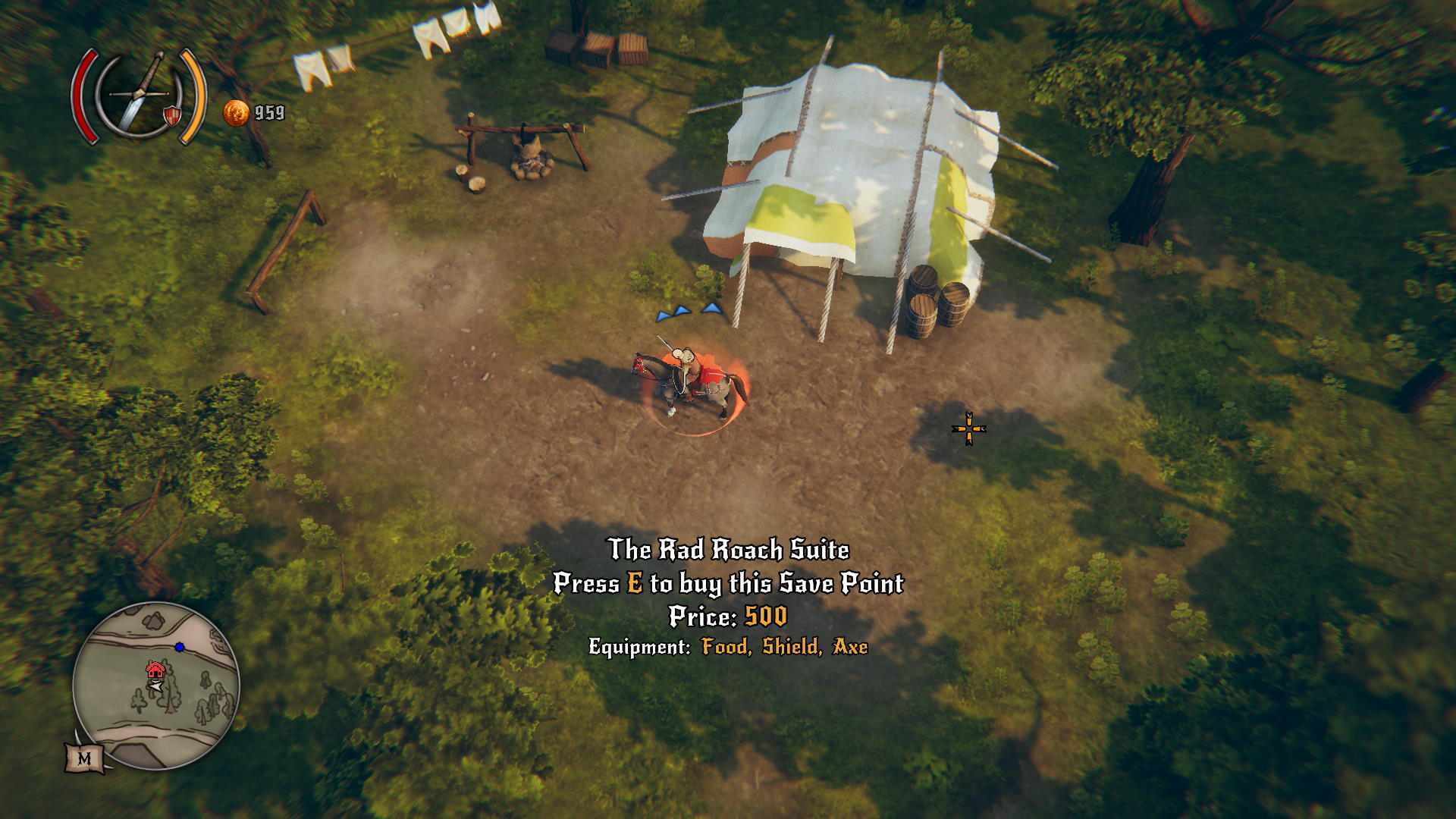 In terms of depth… well… there isn’t a lot. This is best played as a quick jump in, cause mayhem and jump out again. Sure there’s a story… but it’s nothing amazing, but that’s also not really what this game is all about… it’s just having over the top fun in a silly world and not having to think too hard about anything. 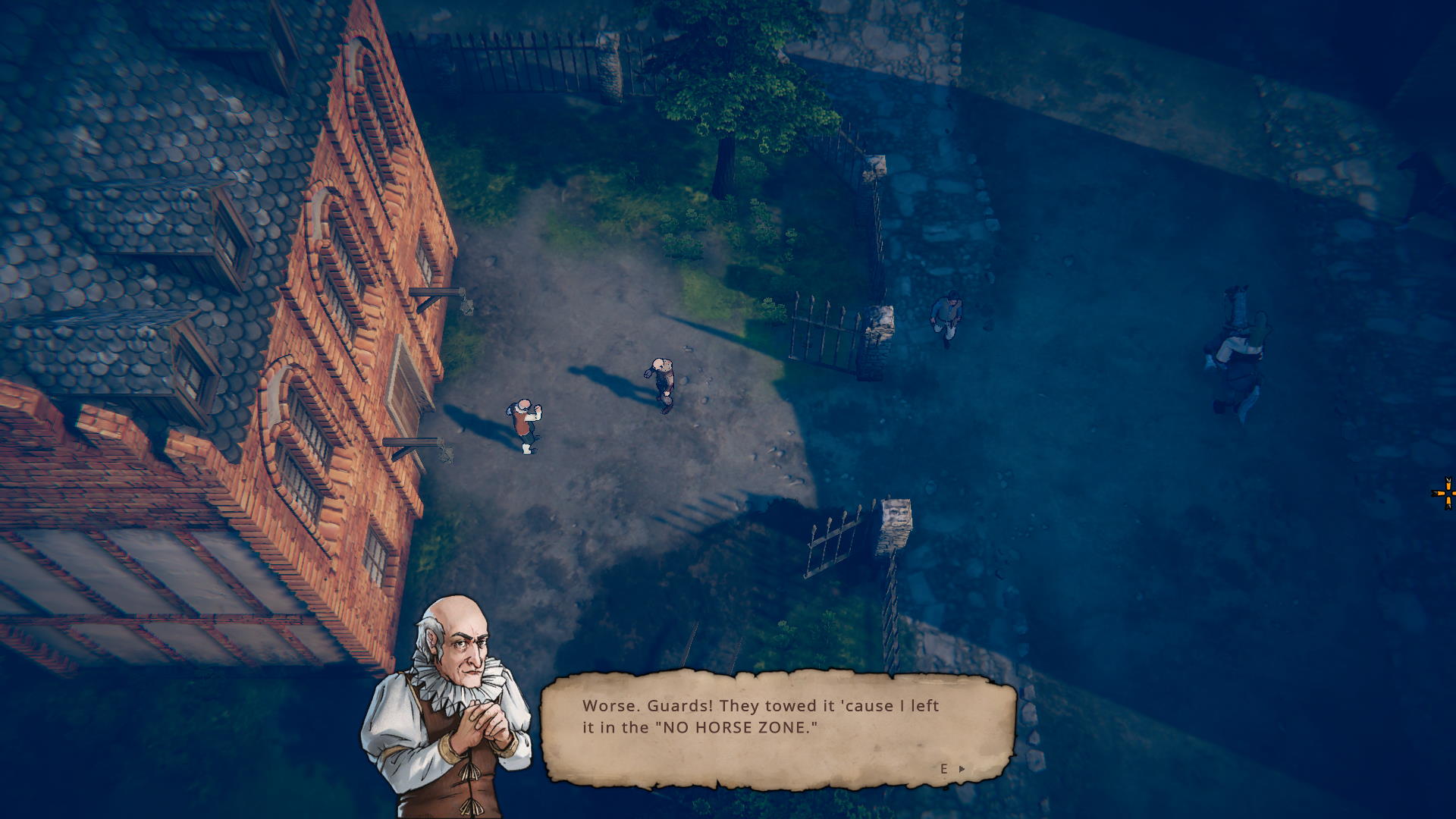 Probably wait for a decent sale… but certainly worth a look if you enjoyed the original GTA (or the sequel).