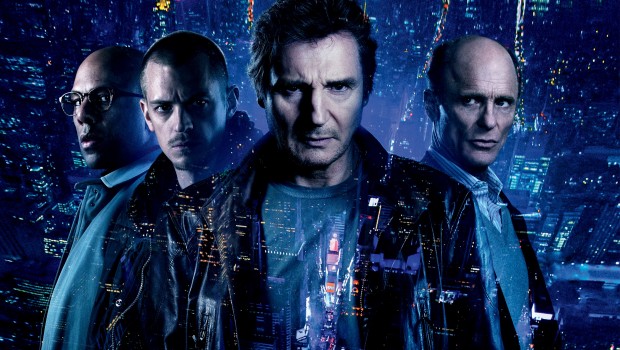 Irishman turned American hybrid Liam Neeson (or ‘Neesons’ for Key and Peele fans) struck gold in 2008 with the film Taken, which has been stretched out into a long-winded moneymaking series. Before that Neeson was known more for dramatic roles like Schindler’s List or playing the embarrassing dad in Love Actually. But ever since that moment when he calmly told the unlucky individual on the other end of that phone call about his particular set of skills Neeson has regularly been cast as an older yet capable gritty character. In the last five years he’s played an ex CIA agent, ex cop, an air marshal, a hunter and Zeus. If there’s any badass character that’s over 50, Neeson will play them. If that’s not enough some of his cinematic nemeses include: a pack of wolves, kidnappers and even Batman! If that doesn’t tick all the boxes of becoming a grizzly old badass then I’m not sure what does.

In Run All Night Neeson plays hit man Jimmy Conlon and goes up against the even more grizzled and older frenemy Ed Harris who plays mob boss Shawn Maguire. Jimmy is a drunk and a deadbeat father so Neeson isn’t exactly the likeable hero in this one. For years he has worked as Shawn’s hitman and even got a nickname out of it, The Gravedigger. His work has gained him so much notoriety that NYPD detective Harding (Vincent D’Onofrio) has been literally gunning for him for years. D’Onofrio played the same eccentric and outspoken detective role for a decade in Law & Order: Criminal Intent so he pretty much sleepwalks his way through this one. Jimmy has lost contact with his now grown son Mike (Joel Kinnaman) and isn’t planning a family reunion anytime soon. Mike is very aware of his father’s career and has made sure he doesn’t follow in his footsteps. He is the good-natured character that keeps this movie from being overrun with undesirables. Mike is a family man who works as a limo driver to make ends meet. He also mentors boys who don’t have father figures in their lives as a way of making sure no one goes through a fatherless past like he has. But as all well paced stories go, a complication has to arise. This is where Shawn’s cocky son Danny comes in. He is played by Draco Malfoy’s doppelganger Boyd Holbrook who actually starred in a Liam Neeson movie last year with A Walk Among the Tombstones. Danny is the epitome of a spoiled brat with mob ties and boy does he act like one. After Mike unknowingly drives two mobsters to Danny’s apartment he is quickly caught up in the life that he’s been avoiding. Danny wants Mike dead since he is now an eyewitness to his criminal affairs. In order to save his son’s life Jimmy kills Shawn’s only son. Let the running begin. 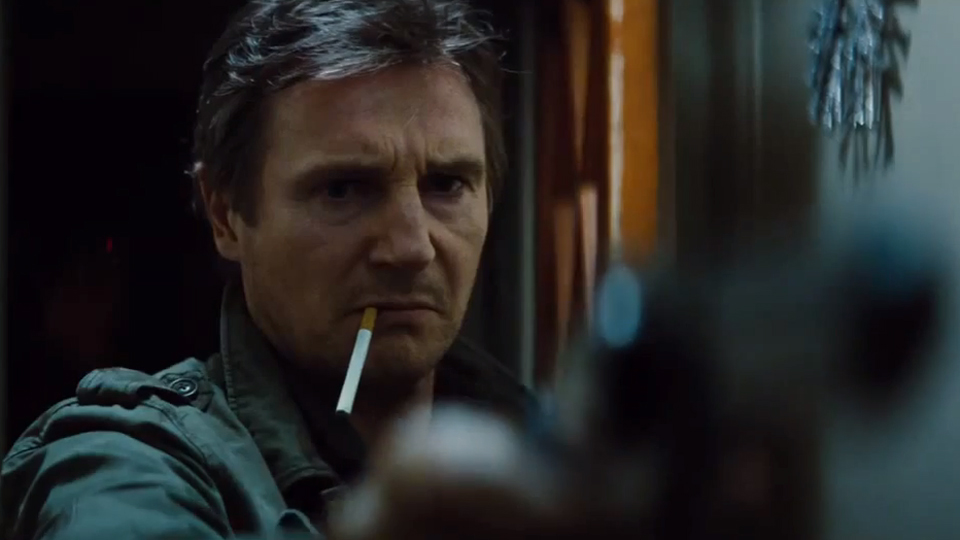 The friendship between Jimmy and Shawn is explored nicely and the two actors have good chemistry on-screen. It’s unfortunate though that writer Brad Ingelsby borrowed so heavily from the 1995 film Heat in order to show this now complicated friendship. Some scenes are so identical to the conversations Robert De Niro and Al Pacino had in Heat I think somebody owes Michael Mann a few dollars. The two sit calmly in a restaurant, surrounded by people, talking about life or death as if it was a mere formality. It is hard to tell who’s the “good guy” in this situation but it’s slowly looking like Jimmy has a soul in there. There is even an extremely tense showdown in a train yard that is again so similar to Heat that you’d expect De Niro to jump out from behind one of the train carriages and angrily demand why these two are in his scene. The fact that Shawn and Jimmy have such a great amount of respect for each other does make this story slightly Shakespearean and can be placed in a category above your average action flick. 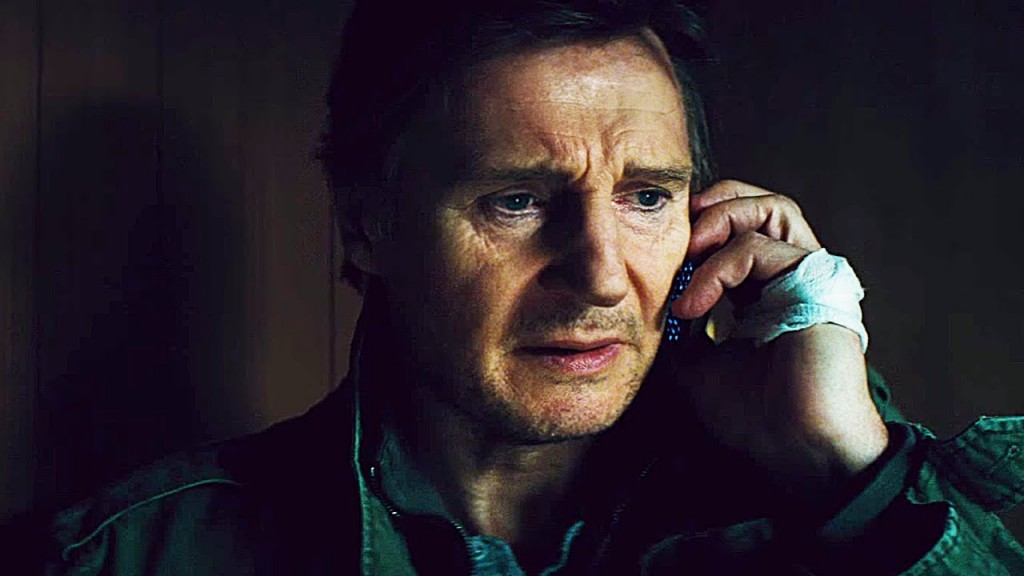 The weak link in the acting chain is definitely Joel Kinnaman. He isn’t absolutely terrible but he wasn’t ready to stand on his own doing scenes with a veteran like Liam Neeson. Kinnaman does what most Europeans/English/Australian actors do when they play Americans as he gives his character an engaging and almost cartoon like accent. His Swedish inflection is hidden quite well but he only manages to pull one facial expression the entire movie. It’s hard to pinpoint what look he was going for but it always seems to include his eyes bulging out of his head. After seeing this father and son team live up to the name of this film as they run and run from all kinds of different henchmen, cops and cronies the audience too gets a little tired . Just when the script seems to be running out of steam rapper/actor Common brings new life to the mix. He plays the terminator like hit man who does not stop chasing after Neeson and co. Common is a strong actor but didn’t get the chance to prove that with his lines in this film being minimal but it’s his actions that speak the loudest. A hand-to-hand fight scene between him and Neeson takes place in a burning building. Yes, this scene is as legendary as it sounds. 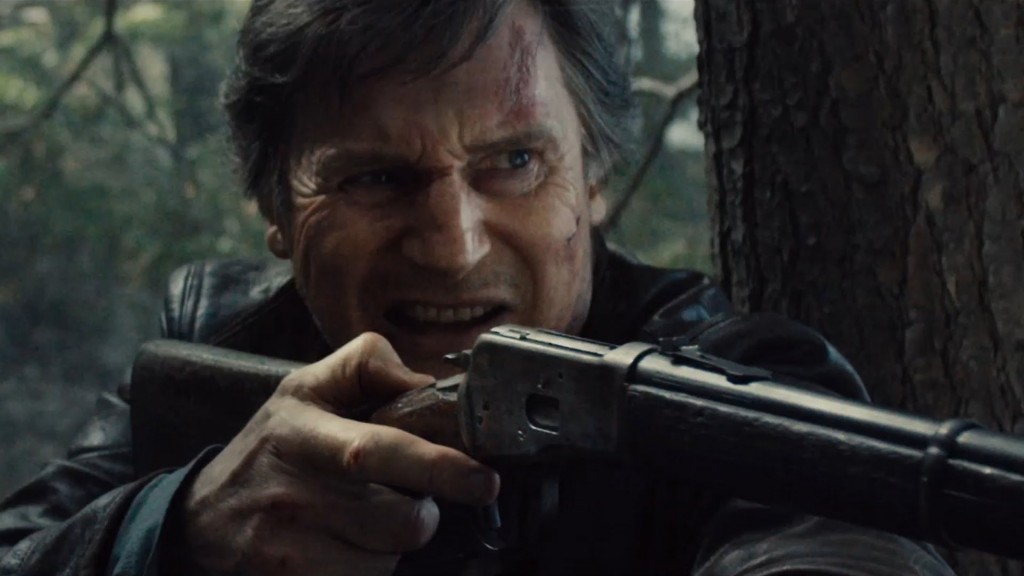 Under all the action and stunts this story is essentially about father and son relationships believe it or not. Both fathers have lost touch with their sons and are now thrown back into their lives but it might be too late. The motherly aspect of all of this is totally left out as hardly any women appear in this film and if they do they’re more of a prop or plot device and less of a character. Ed Harris is a champion at what he does as an actor and totally devours this role. Liam Neeson does more than holds his own as he is now officially typecast as the older experienced hero. This role was clearly written for him. Director Jaume Collet-Serra does a good job of showing his audience the ugly underbelly of the criminal world without glamorising any of it. This marks the third project that Collet-Serra and Neeson have worked on together and they do make a great team. Like most action films Run All Night does feature a few clichés but they lay mostly in what’s done rather than what’s said. The dialogue is kept to a minimum and doesn’t get ridiculous for the most part while the action is engaging enough to make this almost two hour affair enjoyable.

Summary: Under all the action and stunts this story is essentially about father and son relationships.