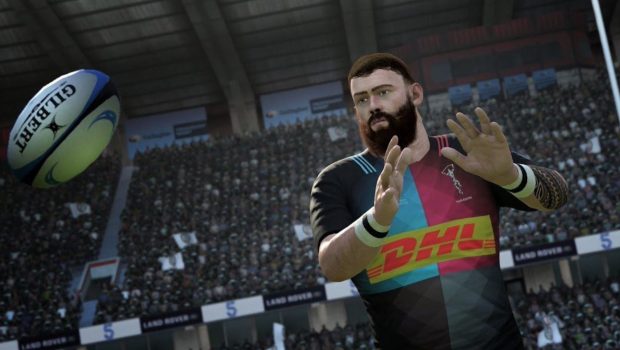 RUGBY 22 IS NOW AVAILABLE ON CONSOLES AND PC

NACON and Eko Software are pleased to unveil the launch trailer for Rugby 22, the new opus of the reference franchise of ovalie, to celebrate its release today on PlayStation®5, PlayStation®4, Xbox Series X|S, Xbox One and PC (Steam). All the ingredients that make up the identity of the sport are brought together for a total immersion of the oval ball fans!

New major national teams are entering the RUGBY license for the first time, including the Wallabies, the official Australian team, and the New Zealand All Blacks, famous both for their competitive record and for the aura that accompanies them! The latter, in addition to the French team, have been selected by the studio for a first step towards photogrammetry technology, allowing the players’ faces to be represented as faithfully as possible in the game.

A true simulation, Rugby 22 offers players all the elements that make up modern rugby: recognized official teams, tactical changes before and during the match, pod play options, post-contact passing and combinations. All rugby fans will find the fundamentals of the sport in the game.

Good news for PlayStation and Xbox players: to ease the transition to the next generation consoles, a special offer has been put in place. Until April 28, 2022, purchasing and activating the PS4 version of the game will also unlock the PS5 version for free. The same goes for the Xbox One version if you get it on the Microsoft Store, which will unlock the Xbox Series X|S version for free.