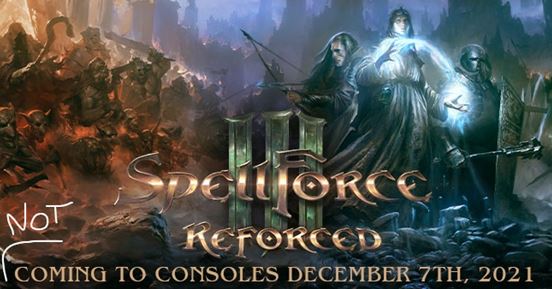 The development of SpellForce III Reforced is going to take a little bit more time. In order to reach our goal of bringing the best RPG/RTS to consoles, developer Grimlore Games and publisher THQ Nordic want to make sure the game is in the best possible shape before it gets released. That’s why game development will continue until June 7, 2022.