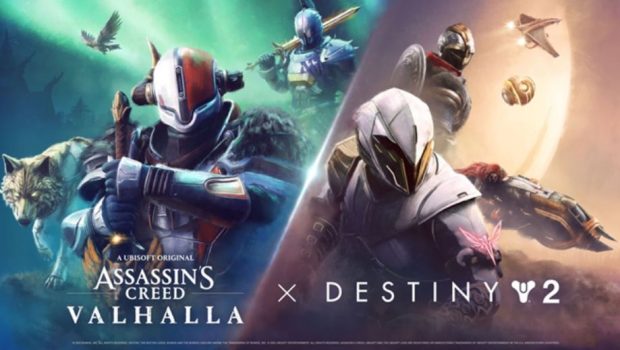 Round Off Eivor’s Story In “The Last Chapter”, Available Now In Assassin’s Creed Valhalla

Today, Ubisoft announced that the final content update for Assassin’s Creed® Valhalla, is available on Xbox One, Xbox Series X | S, PlayStation®4, PlayStation®5, as well as Windows PC on the Ubisoft Store, the Epic Games Store and Steam. Players can also subscribe to Ubisoft+ to access the game. With more than 20 million players around the world, Assassin’s Creed Valhalla has been on an incredible journey for the past two years. In this final content update, players will discover the end of Eivor’s story with The Last Chapter and meet the charismatic Assassin’s Creed Mirage’s character Roshan in Shared History. On December 6, players will be able to custom their experience with a Destiny 2 crossover partnership. Finally, from December 15 to December 19, everyone will be able to play Assassin’s Creed Valhalla for free, during a Free Weekend.

The Last Chapter is a new free quest bringing an intimate end to Eivor’s adventures. This epilogue ties up some of the storylines established during the game. Players will reunite with key characters, historical figures, old friends and enemies, while discovering new adventures and memories which will wrap up the incredible story of Eivor. The Last Chapter is an end game content, requiring players to have completed certain parts of the Assassin’s Creed Valhalla narrative. **

As part of this final content update, players will also get the opportunity to cross path with Roshan, Basim’s mentor, voiced by the Emmy-winning actress Shohreh Aghdashloo. In the Shared History free quest***, Eivor discovers they share a common enemy. Moreover, a highly requested combat feature from our community has been implemented giving players the option to fight with Eivor’s hood on. Players can enjoy the wonder of intensity of combat while keeping their Assassin style****. Two brand new skills have also been added to Eivor’s collection: Slide Focus and MasterChef.