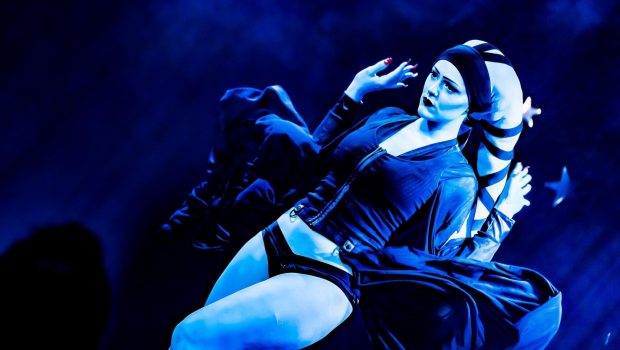 So tell us how GEEK OUT Nerdlesque came to be and your role?

I founded GEEK OUT! Nerdlesque in 2017 after noticing a lack of nerdy burlesque in the Melbourne burlesque scene. I wanted to fill that gap and bring more people to ‘the dark side’ by encouraging them into what is personally my favourite and what I find to be one of the most entertaining sub-genres of striptease, what I often call, ‘Cosplay burlesque’. Our first show was a hit and I’ve never looked back! 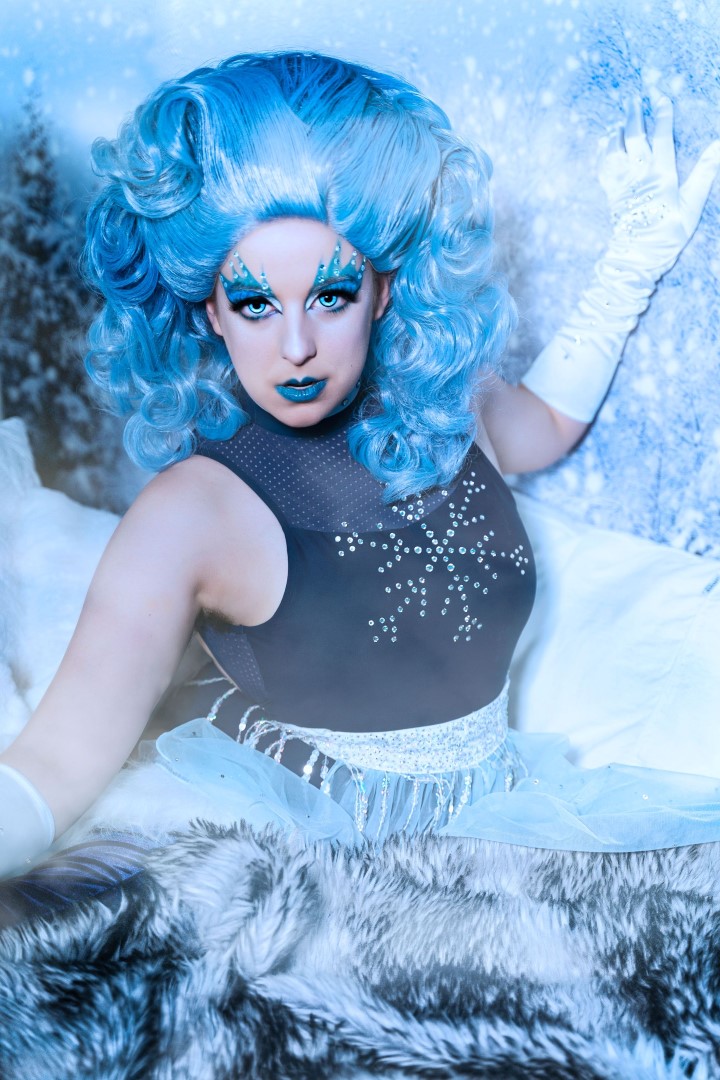 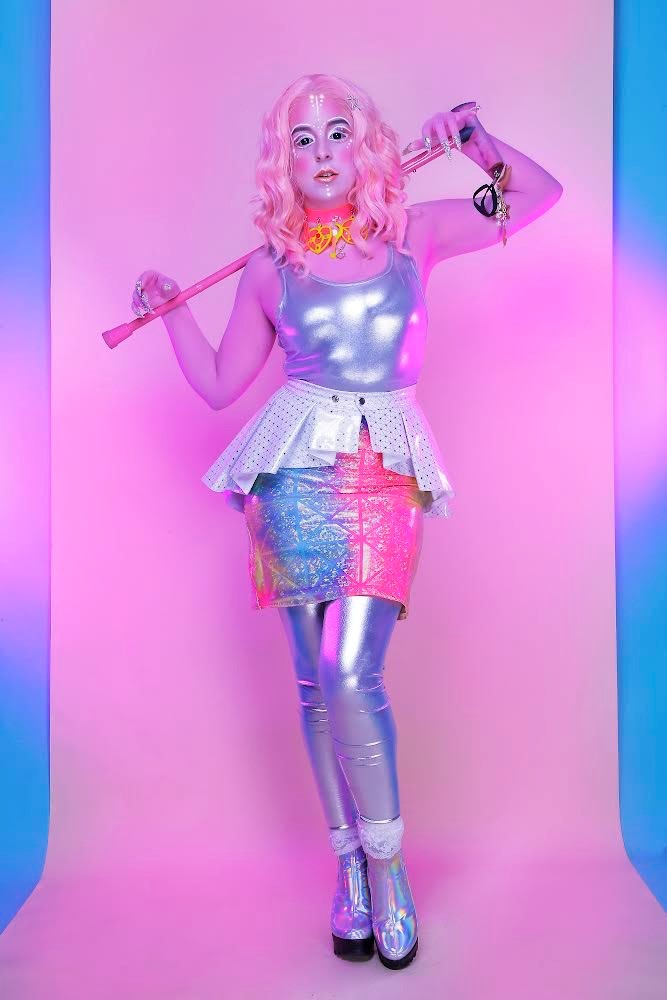 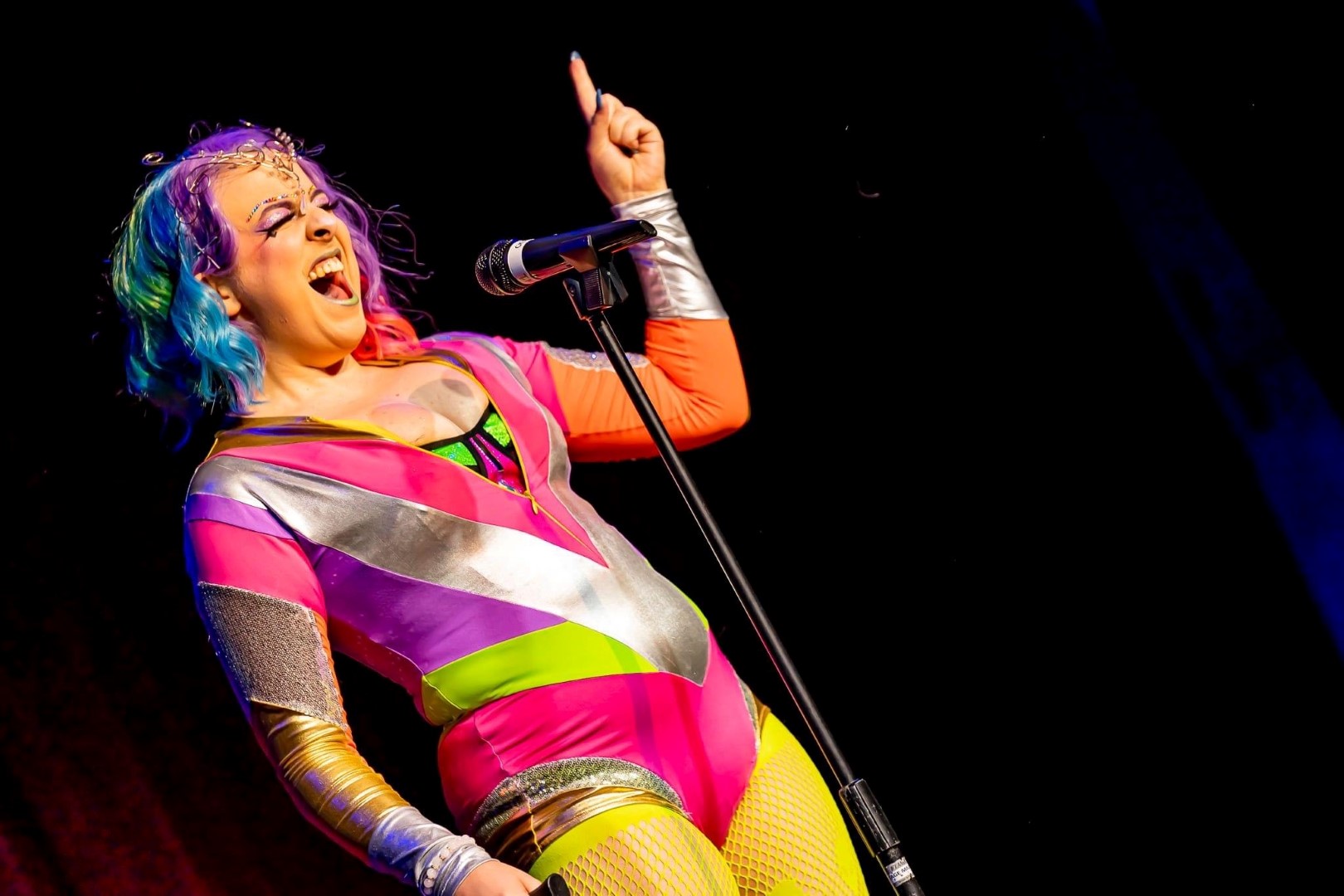 Where do you get your inspirations from behind your shows?

Each show is themed around various realms of popular culture. We’ve done shows based on science fiction, comic books, video games and we had a Harry Potter Drag and Burlesque Parody in Melbourne Fringe in 2019. The inspirations for these shows essentially just come from whatever myself and my team of like-minded nerds all love and want to see characterised in fun and silly ways on stage. 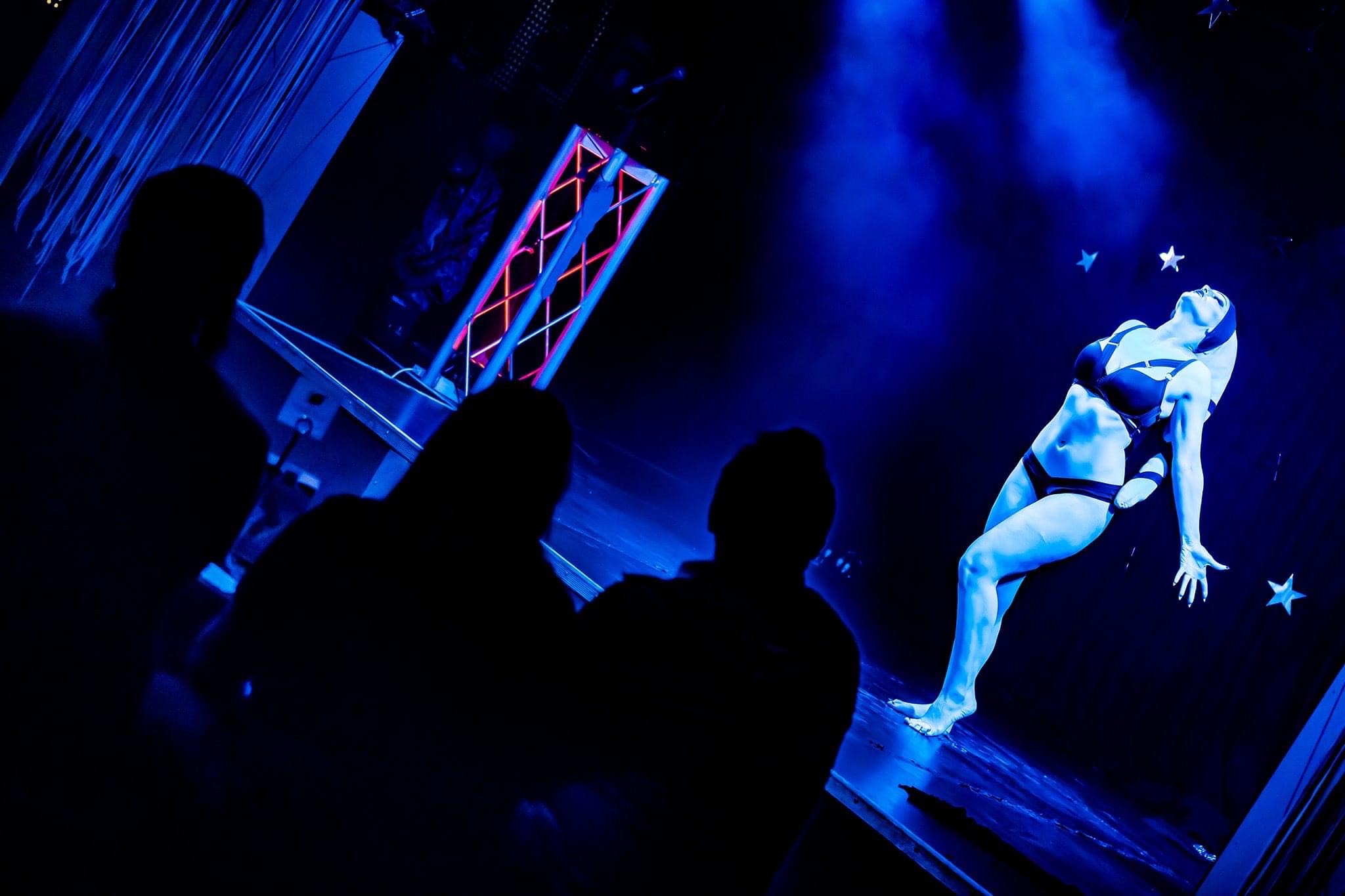 Who is your favourite Star Wars character and why?

Oof, that’s a hard one. As an AFAB person who grew up with Star Wars I think it would be easiest for me to say Princess Leia because she was one of the first badass princess characters in science fiction or in movies in general to rep it for the girls. I also just love the Hell out of Carrie Fisher and everything she gave us, she was one badass woman in her own right too. I also love the sass on that character and the fact that she could hold her own. I’ve cosplayed her many times. I also have a Nerdlesque act dedicated to her. Other than Leia though I’m in love with Din Djarin and Grogu! Give me more of The Mandalorian! (I have a Nerdlesque act dedicated to them too). 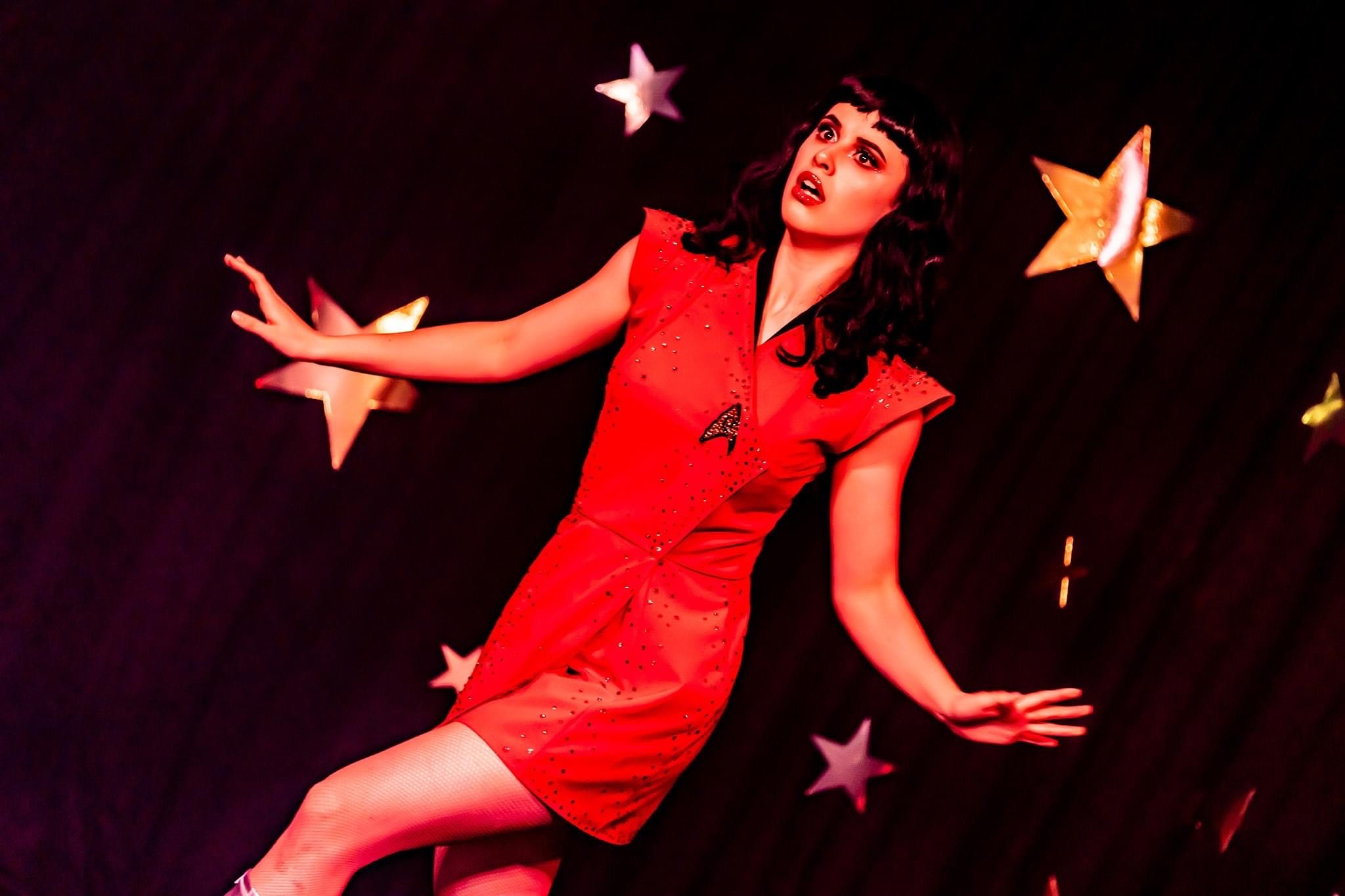 STAR TEASE: A Nude Hope… can you explain the premise behind this show and some of the highlights of the performance?

Of course! STAR TEASE is our annual science fiction themed show, and our most popular regular event! This year is our 4th year in a row, episode 4 if you will, hence why it’s called STAR TEASE: A Nude Hope. At STAR TEASE you can expect an extravagant display of burlesque and drag artists entertaining you with acts based on everything from Star Wars through to Marvel, Rocky Horror, The Fifth Element and more. This year we are even lucky enough to have an interstate guest joining us from Adelaide to headline, Diana Divine, fresh off their award-winning Adelaide Fringe season! At our shows we encourage community and cosplay and offer Best Dressed/Cosplay prizes, you can also browse the stalls from our sponsors, a little space we like to call the ‘Mini Artist’s Alley’. 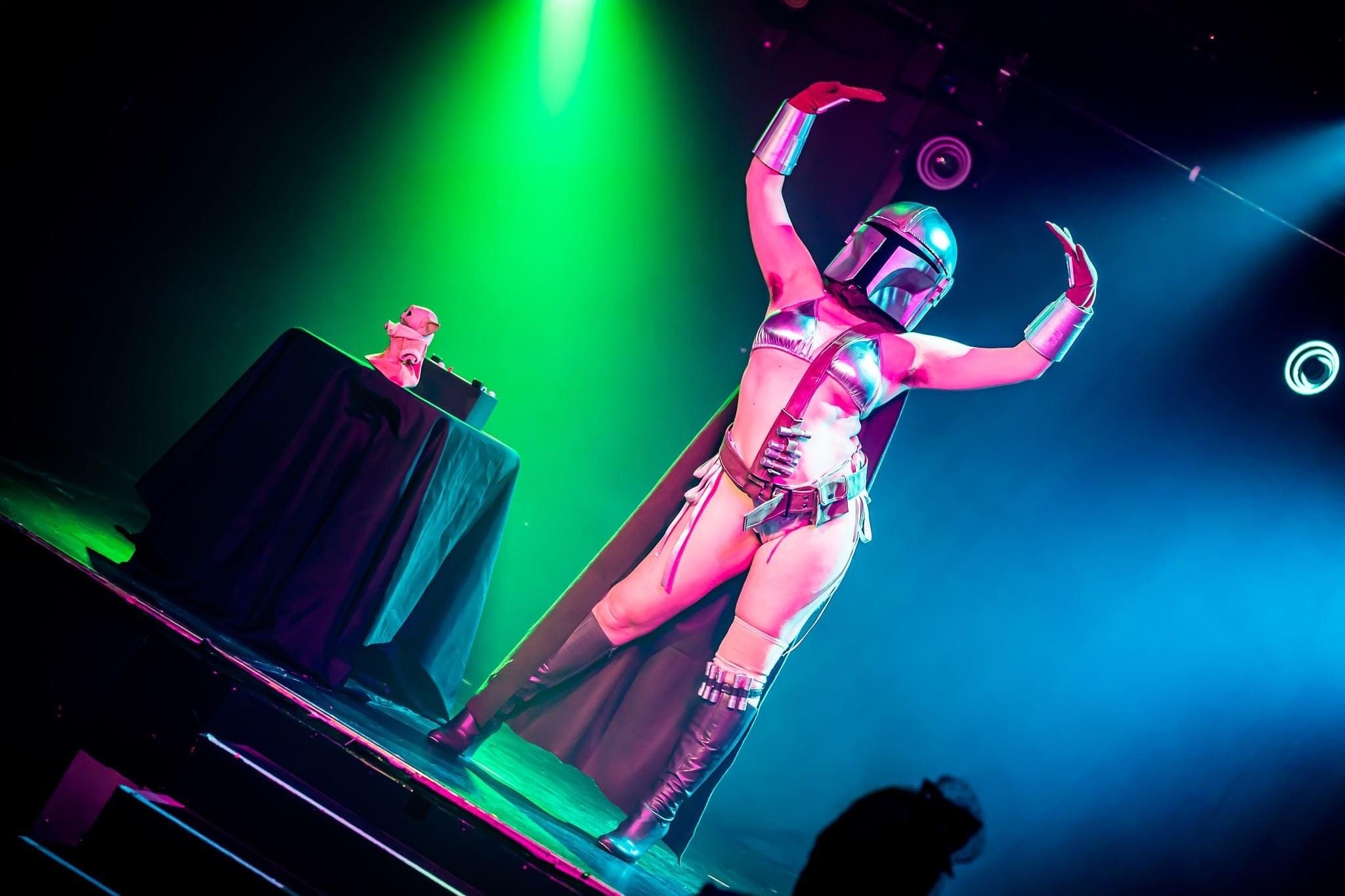 What was the biggest challenge in creating STAR TEASE: A Nude Hope?

For me as a disabled artist, producer and advocate, the biggest challenge with any event I create is finding a venue, in this COVID landscape where so many cabaret venues have shut their doors, that is accessible. Accessibility and inclusivity is a focus at all of the shows I run, and unfortunately in Melbourne you might be surprised by how challenging it is to find cabaret style venues that are fully accessible. The Brunswick Ballroom was a good find, they might be up stairs but they do have a chair lift and accessible toilets. 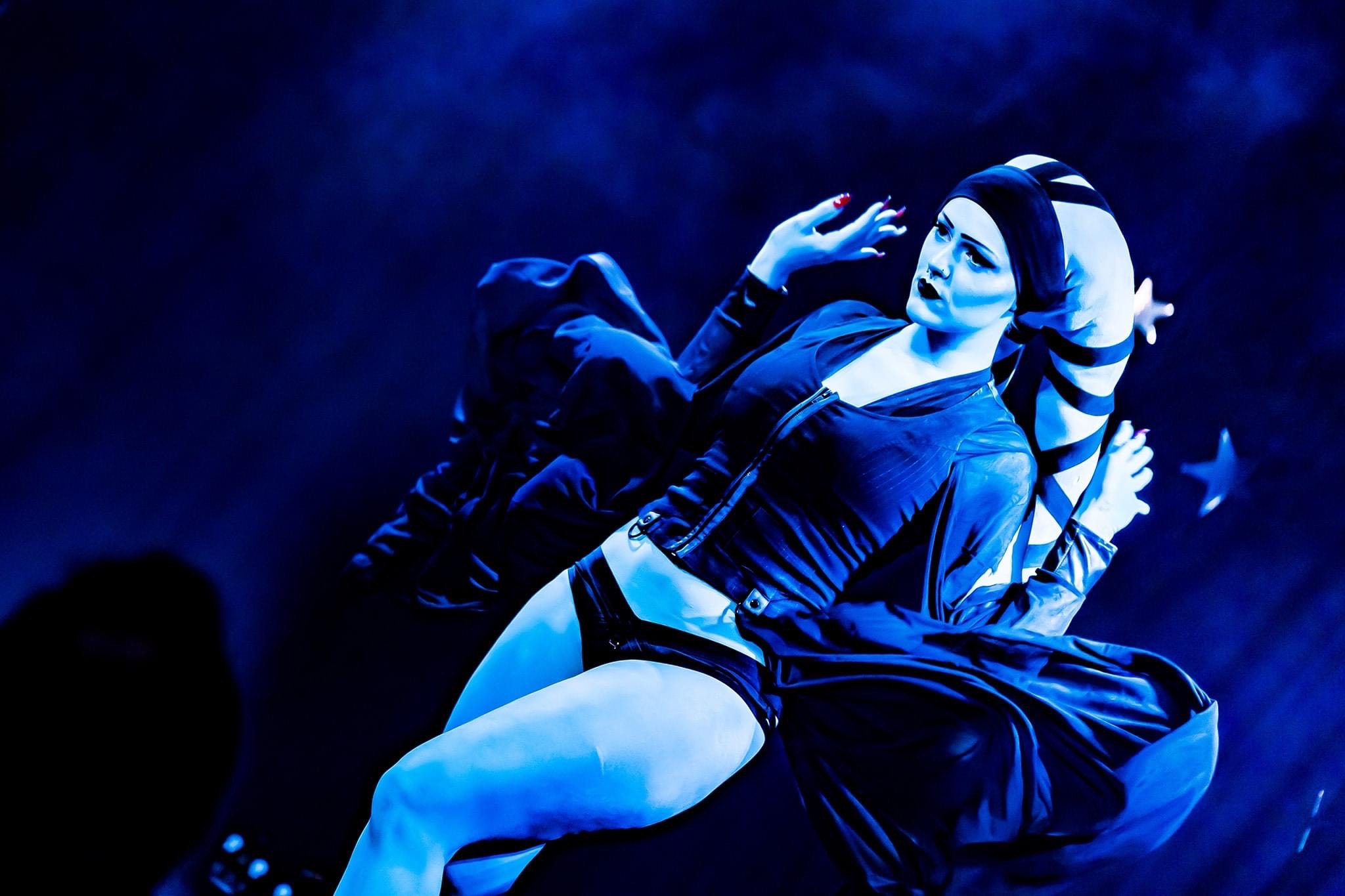 I love creating this show because I get to work alongside so many incredible artists! This year from some of the truly flourishing greats in the Melbourne burlesque scene such as Evana De Lune and Kitty Obsidian to award-winning Drag sensations like Lynnduh! I also love that this show encourages some artists to create some new and truly incredible acts! It really is just a bunch of really talented and passionate nerds getting sexy and silly up on stage and it’s wonderful! 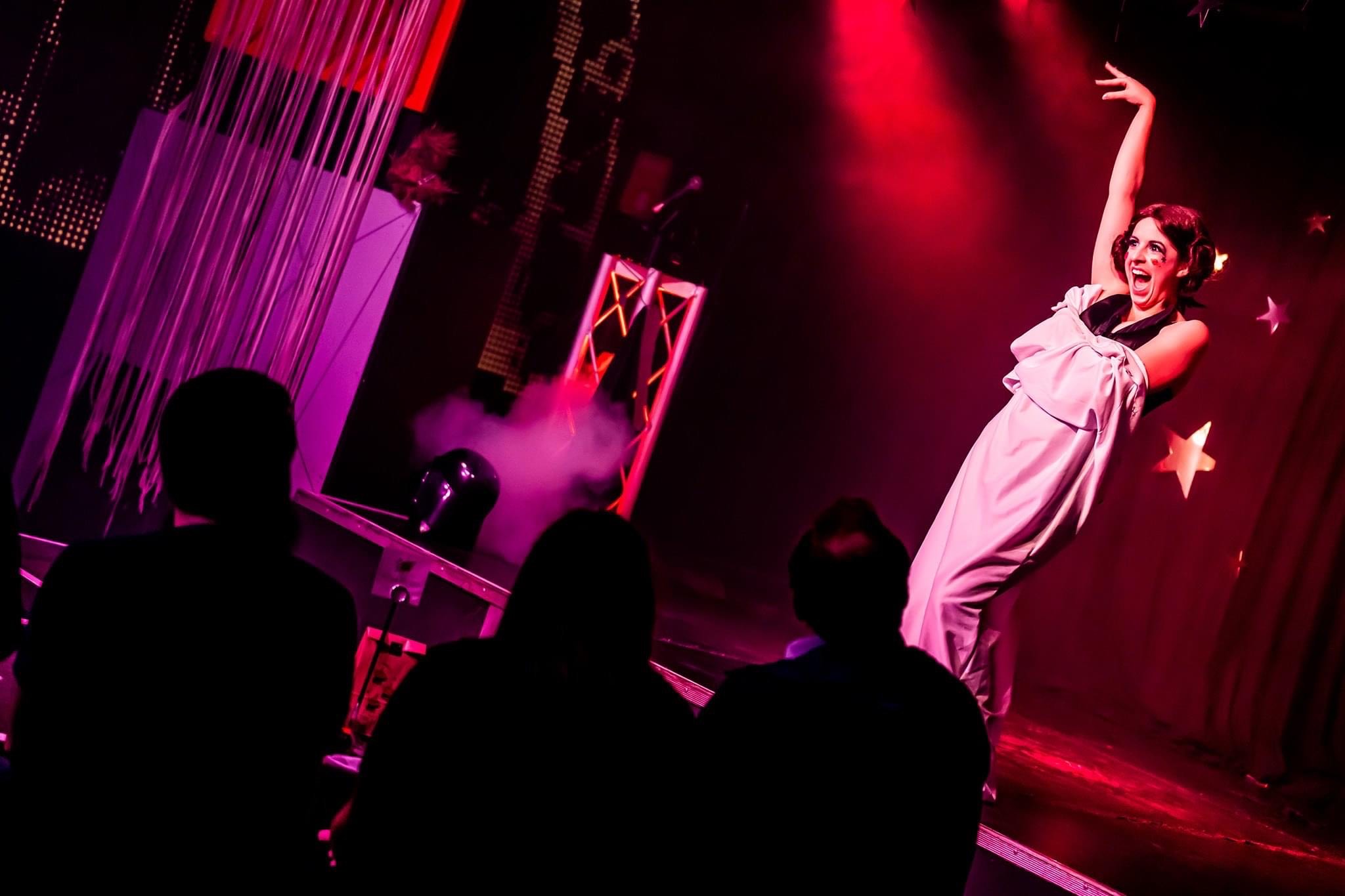 What do you think fans will resonate with most about the show?

As I think I already mentioned, everyone in the show is just a massive nerd, just like the audience, and we are all just there to share what we are passionate about! Whether you’re a Star Wars fan, a Trekkie, a Doctor Who stan or whatever, there is something for everyone! Everyone gets to see themselves represented onstage too, BIPOC, queer, disabled, etc, ALL bodies, ALL nerds are represented and everyone gets to feel sexy and a little silly if they want to! This is Science Friction, baby!

If you had an unlimited budget, what pop culture character or story would you bring to life in classic Nerdlesque fashion?

There’s so many specific areas of popular culture our team really want to bring to life, such as a dedicated video game show or a Marvel Avengers show. But we are actually working on a new scripted show at the moment which is currently a secret. We would love an unlimited budget for it though, because lord, the possibilities! 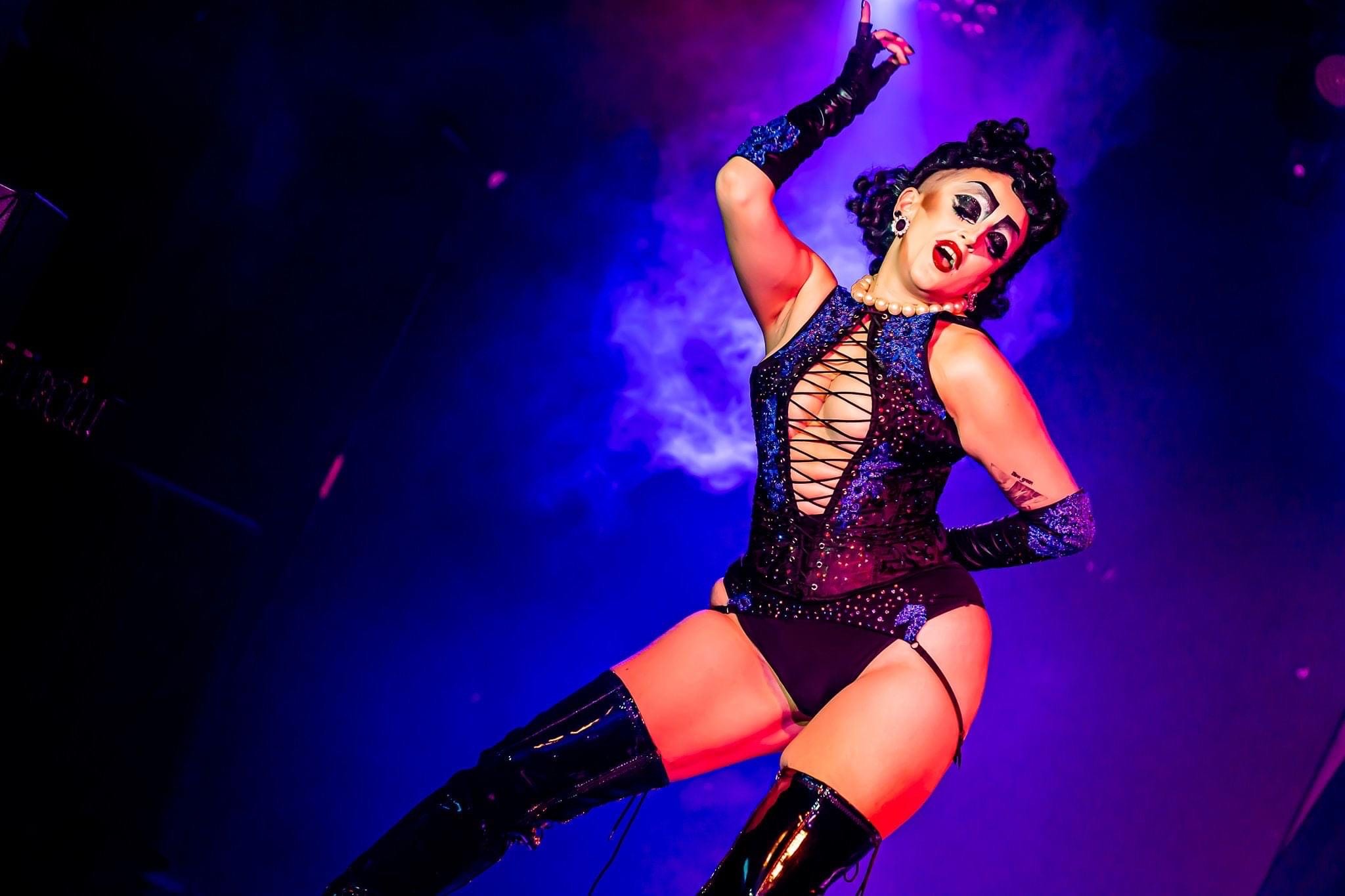 Tell us your funniest GEEK OUT Nerdlesque story?

A lot of funny things can happen in live theatre, especially when that form of live theatre involves stripping… We’ve had all kinds of wardrobe malfunctions over the years from nipple pasties accidentally falling off to costume items sticking themselves to curtains. But I think the most embarrassing time for me was in one of our early shows when I had an act as a sexy Tetris piece in a full T block Tetris costume. I had limited visibility in the costume and had made the poor choice to come up the stairs and through the audience for my entrance. I, of course, misjudged a step and fell straight forward into the aisle in the middle of the audience. Floundering like a turtle for a moment, but on its belly instead of it’s back, I quickly figured my way back up onto my feet only to trip a second time… It was the most awkward start to an act ever and I know the audience didn’t know whether to laugh or to be concerned. But of course we look back at it now and choose the former. 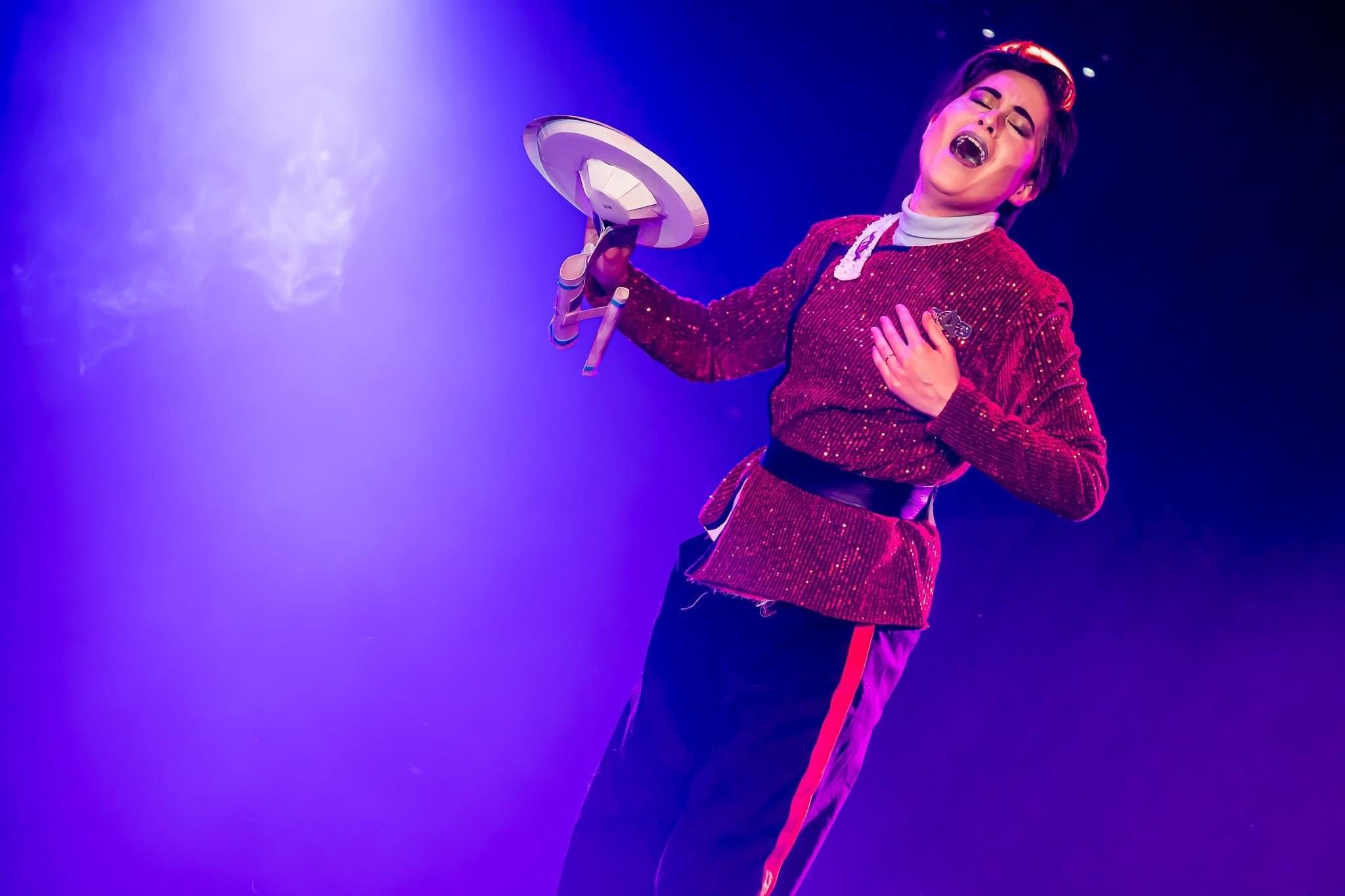 Lastly, what does the rest of 2022 hold for GEEK OUT Nerdlesque?

We have some big plans for the rest of the year! Firstly, we plan to bring back our High Fantasy Drag and Burlesque show GEEK QUEST around August. And then keep your eyes out in October/November for a surprise new event, something special we’ve been working on for a while to bring to Melbourne, announcement hopefully coming soon…