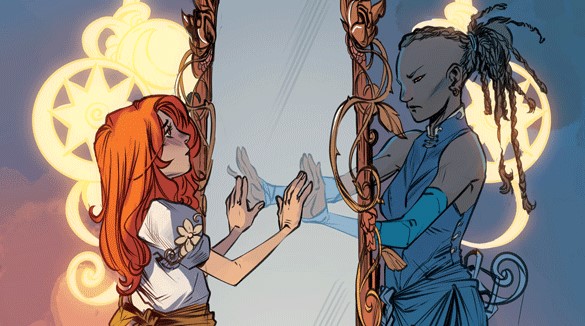 Summary: The ritual of illumination begins!

The test begins for Rose as she embarks on the ritual of illumination, forcing her to face confronting memories and tasks that will both provoke and challenge her. Meanwhile, word of Ila’s survival reaches Will, who sets in motion a prison break from Drucilla’s dungeon. Things may look grim, but all is not lost.

We begin this issue at the Millhaven refugee camp, where we see Will reflecting on the loss of Ila. Despondent and grief-stricken, Will isolates himself from his friends, giving up hope on their survival and the safety of those that need him the most. Fortunately, his close friend, Bjarke, isn’t going to give up on him and reminds Will that life is worth fighting for even when the odds are against you. It is this warmth and compassion shown to him by a friend that spurs him to stand up and take action, deciding that the people need a safer and more permanent place to live. His plans, however, are quickly interrupted with the arrival of a letter, informing him of Ila’s survival. Meanwhile, in Drucilla’s dungeon we see Ila and Felix discussing the consequences of Ila’s actions toward Lilith, whereupon they are informed about Felix’s imminent execution. This news comes as a shock to Felix as he still held hope that his twin sister still loved him. This triggers a moving philosophical conversation between the two, which is interrupted by the arrival of a new character, whose presence heralds hope and liberation. 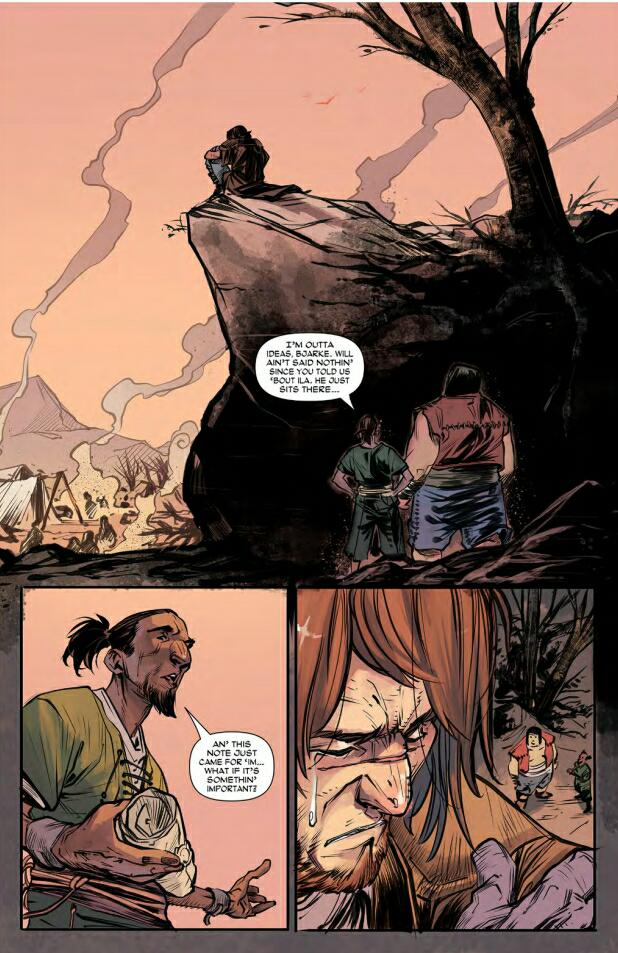 Whilst all this is unfolding we also see Rose embark on the ritual of illumination, which forces her to relive some of the most harrowing experiences she has endured throughout her life. The outcome of these tests will determine her worthiness to become a Guardian. Meanwhile, Thorne tries to rest in the magical oasis, however, his magic inhibiting collar impairs his connection to the earth, making him uneasy about his surroundings. Being unable to form this important connection to the earth leaves Thorne vulnerable to outside influences, and once that flaw is discovered, someone is quick to take advantage of his weakness.

There is a lot going on in this issue with three separate stories unfolding over the course of this chapter. Change and upheaval is the reoccurring theme, as we see Will have a change of heart, Illa and Felix embark on their great escape, Rose begin the ritual of illumination and Thorne become influenced by a dark force. The consequences of these events will be huge and no doubt dramatically shifting the dynamic of the narrative completely. Whilst we see a lot of selfless heroics occur in Rose, I rather like the subtle moments of vulnerability that we see within these characters the most. I believe that by doing this Meredith Finch helps to highlight their flaws and also their strengths, making them more relatable, and in turn opening them to future growth and development. Rose, Dante, Felix, Will and even Drucilla have all undergone some kind of growth as a result of letting their guards down and exposing their vulnerabilities. 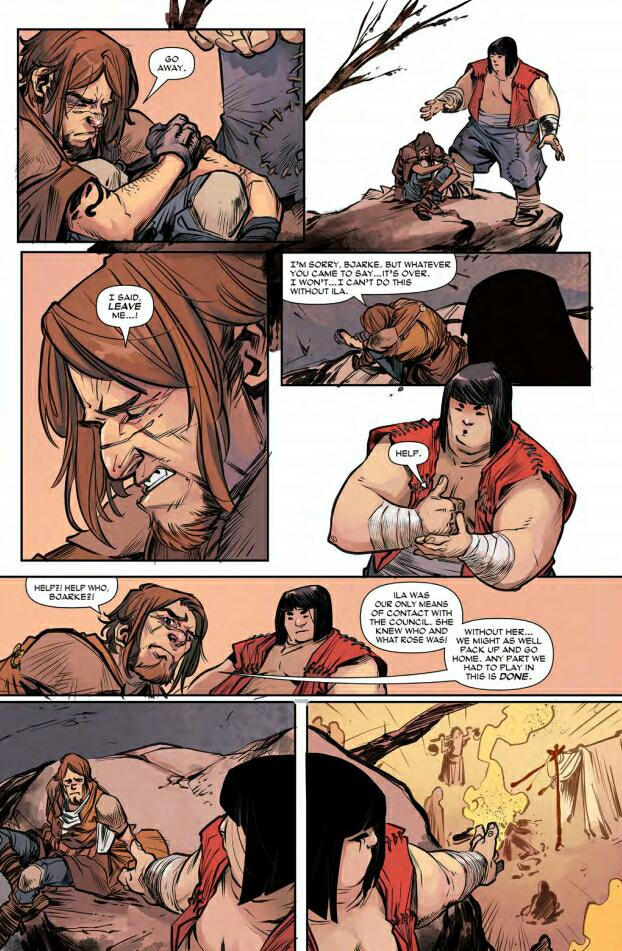 Ig Guara’s art is always a pleasure to see, and I especially loved the rich diversity that features in this issue. The lush abundant oasis is flourishing and alive, contrasting nicely to the barren landscape we have come accustomed to seeing. This also contrasts nicely to the dungeon which is dank and gloomy, and a place that looks both menacing and ominous. I also really enjoy the sense of fluidity that Guara achieves through Thorne’s sleek and feline movement. He really does appear to move on the page like a slinky, stealthy cat. I’m looking forward to seeing more scenes with Thorne engaged in combat, as there is nothing more satisfying than seeing a giant kitty kick ass! The colouring by Triona Farrell works well with the energy and vibrancy of Guara’s art, helping to heighten this world with a mystical aura. The tonal shifts of the narrative are reflected through the palette, as we see deep oranges and browns in the refugee camp, icy blues and greys in the dungeon, and richer colours in the oasis. I found the colouring for Rose’s scenes to be interesting as a washed-out effect is achieved when she first begins the test, giving an overexposed appearance, which then progresses to some diverse and pretty colours during her flashbacks scenes. 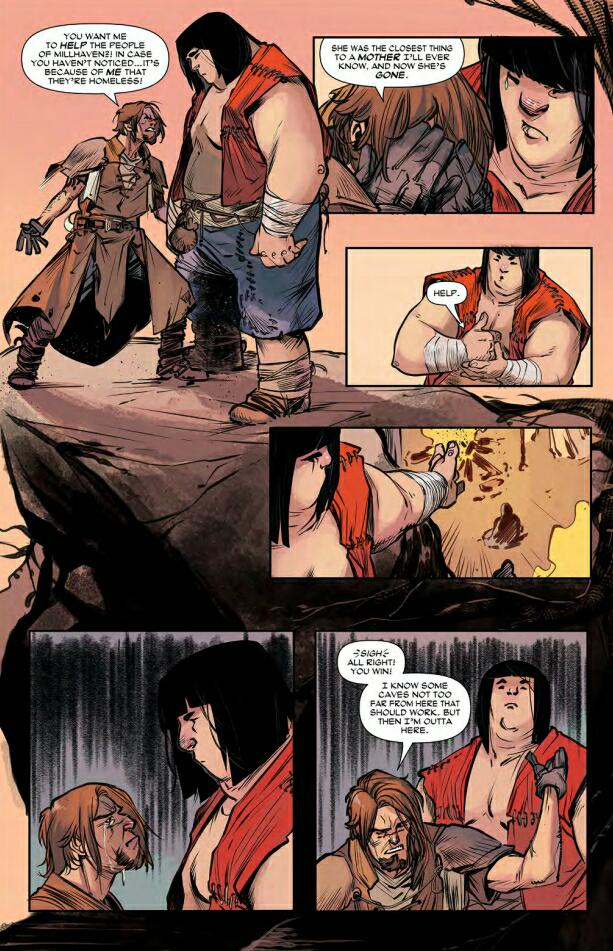 Overall, I found this issue to be jam-packed with goodies. Things are beginning to move along at a fast pace, as critical events unfold left right and centre. I’m keen to see where this will all lead to and ultimately what Drucilla’s next move will be. 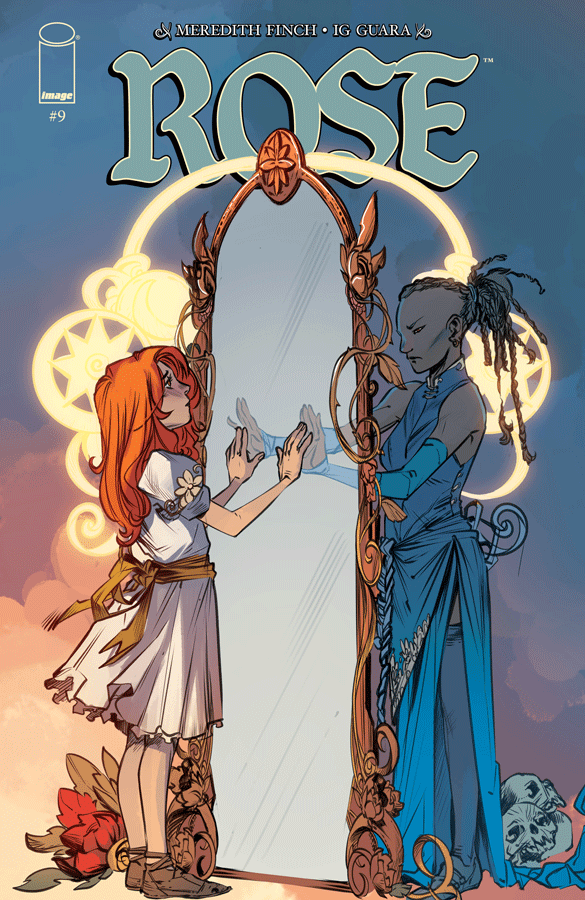 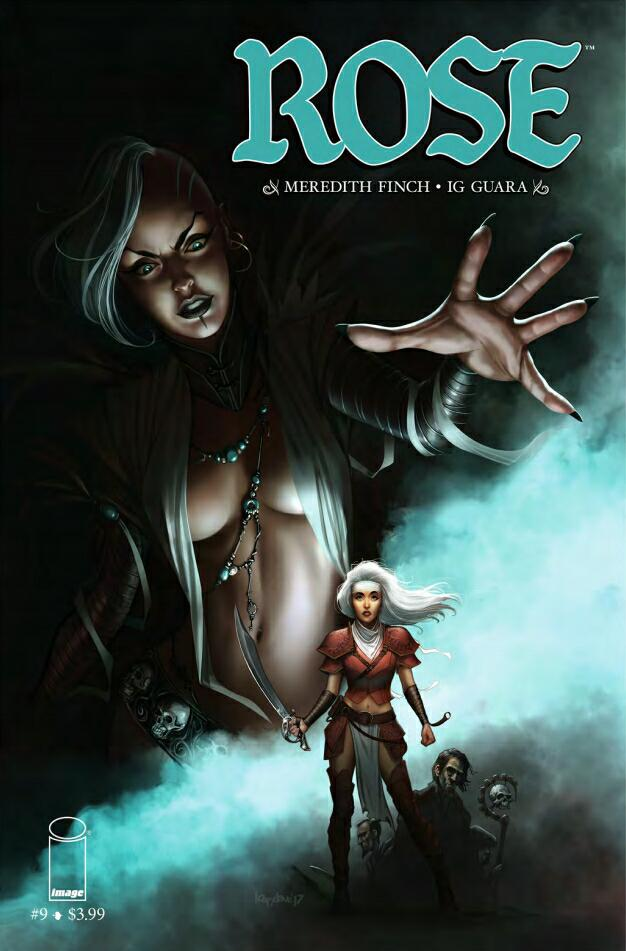 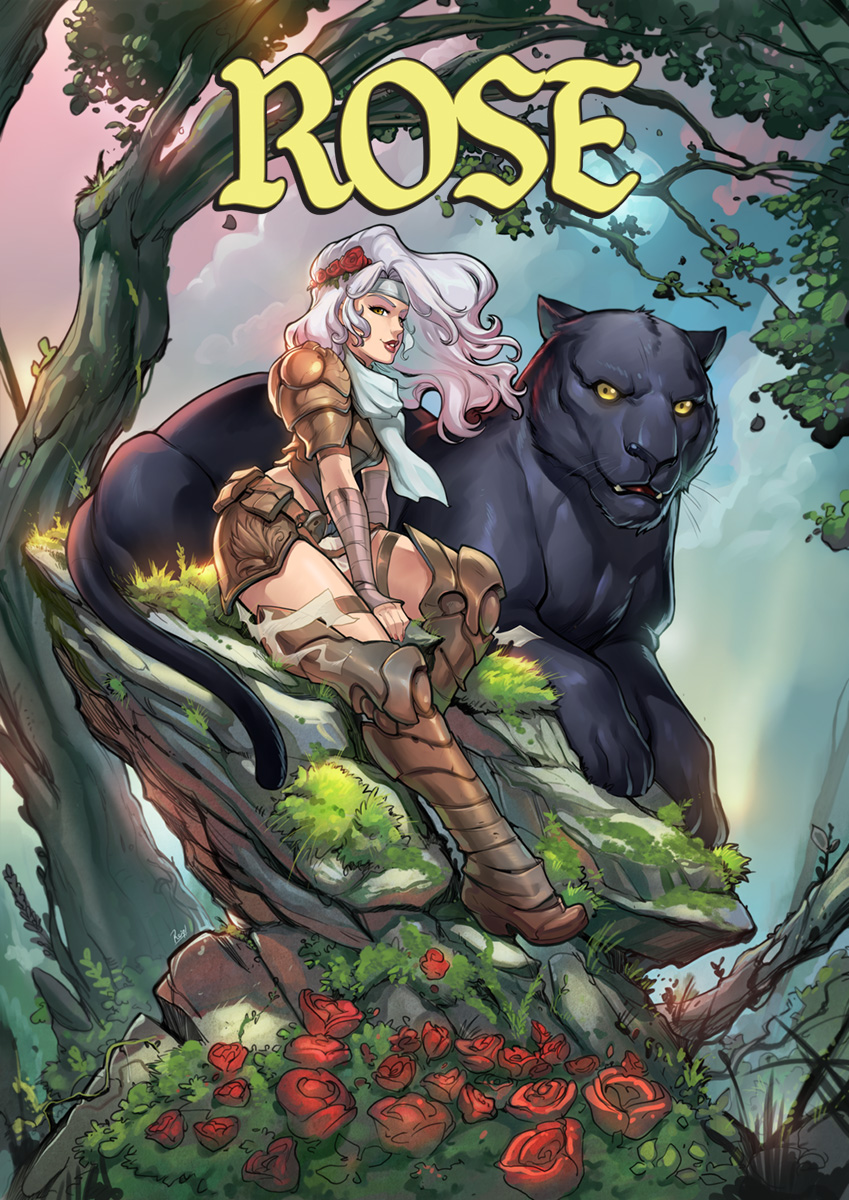 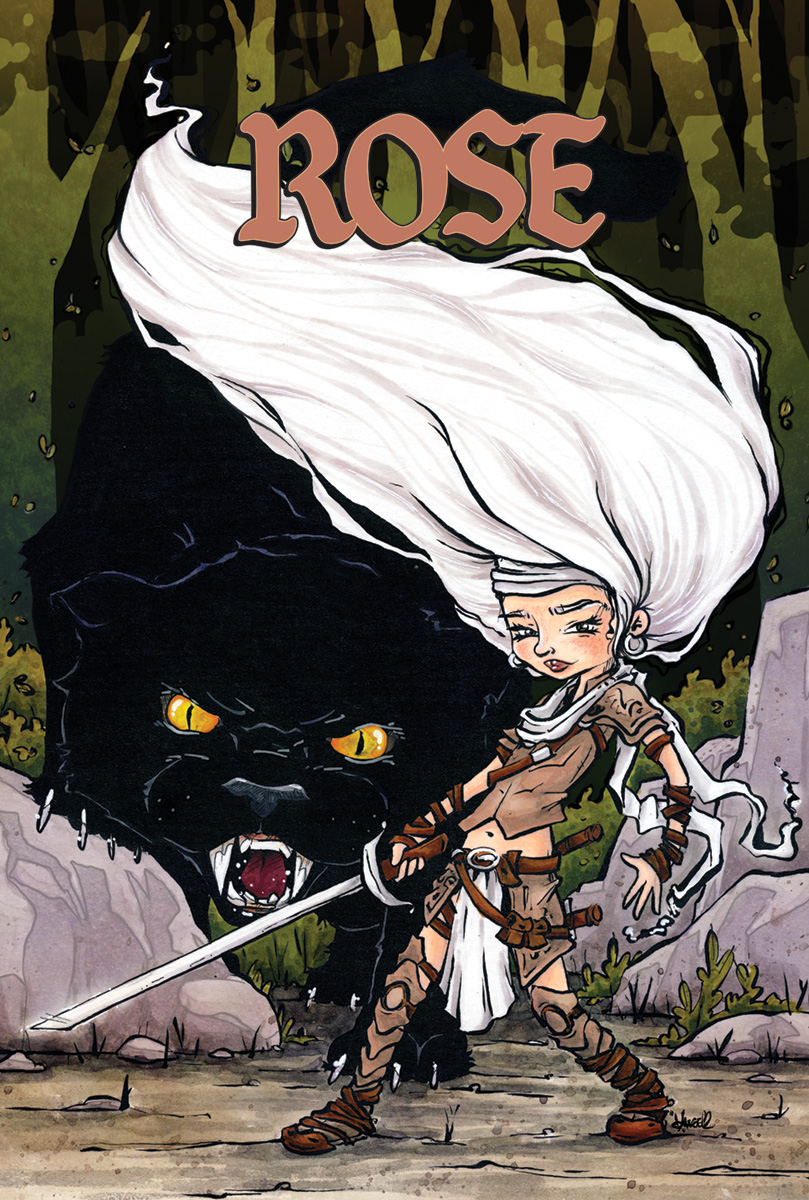