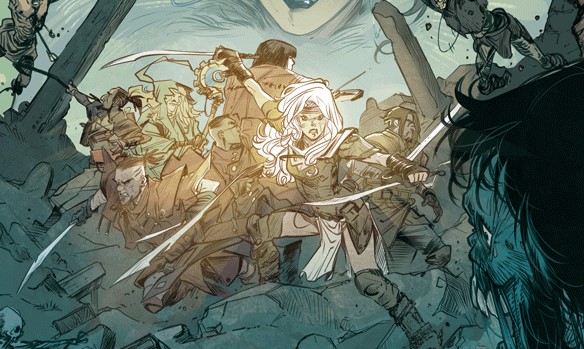 Summary: A new evil stalks the land of Ttereve.

Rose is finally united with Ila, however, their reunion is short-lived as Drucilla’s Fallen Guardians close in around them. Will they be able to stand together and fight the evil that threatens to engulf Ttereve, or will they fall victim to this dark and unforgiving monster?

This issue begins in the rebel camp where we see Will discussing their next move. His thoughts lie with Ila and finding her is his top priority, however, others in the camp disagree with his plans. Meanwhile, we see Ila, Felix and Artus still searching for Rose. Ila is beginning to fret, as she is concerned about a new and sinister evil that stalks the land. Believing that Rose is the answer to their salvation, she spurs the group forward in a desperate bid to find her before it is too late. We then jump over to Rose and Dante. Fearing that she will lose Dante, Rose attempts to sneak off whilst he sleeps but her plans come crashing down as Dante catches her before she leaves. A touching exchange unfolds, where we see Rose confess why she intends to leave him. After an impassioned plea from Rose, Dante refuses to listen, reminding her that he has taken a vow to follow and protect her. They are suddenly interrupted as Ila and company finds them, but unfortunately their reunion is tarnished by the fact that Dante and Felix are bitter enemies who loathe each other. 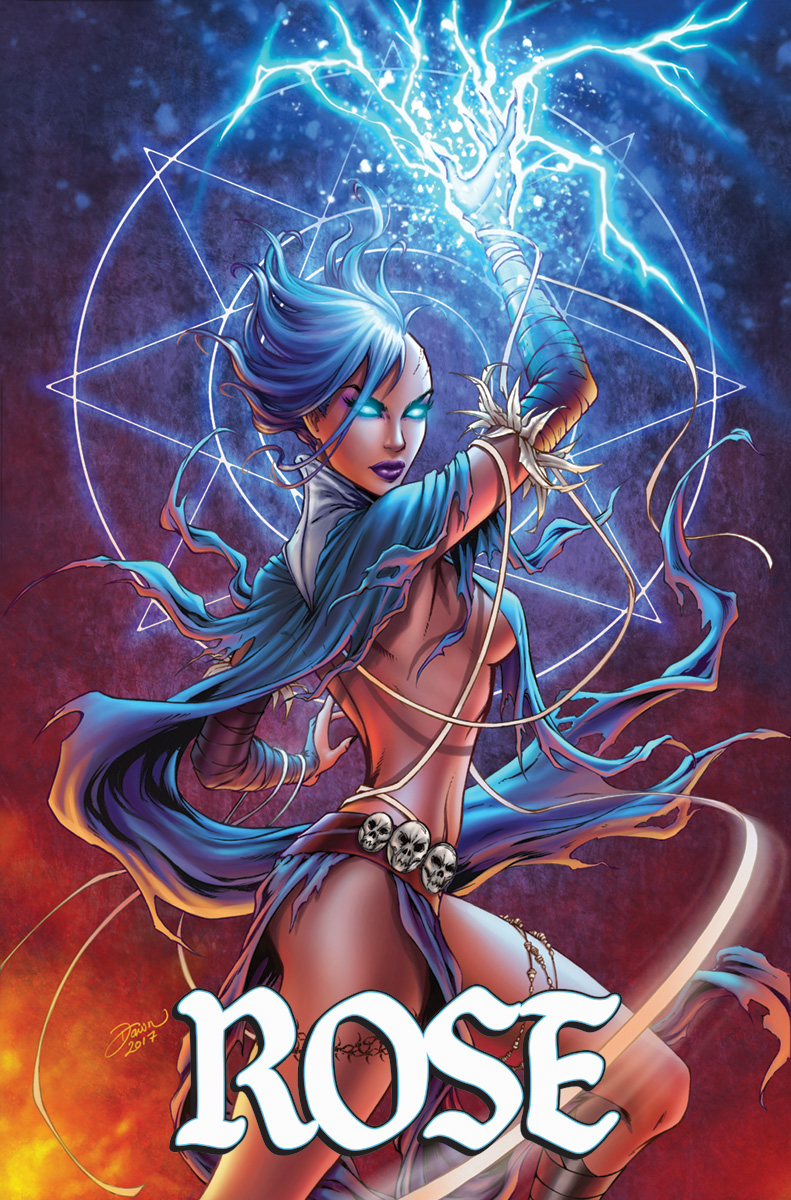 Will is searching for Ila. Ila is searching for Rose. Rose is searching for Thorne. All of our estranged heroes are scattered throughout the land, each desperately seeking the one that they believe can help them the most. Luckily for Ila, she finally finds Rose, yet their reunion is surprisingly complicated and prickly, mainly from their discovery of Rose’s new companion and protector: Dante. The feud between Dante and Felix appears to be an old one, with both men willing to kill one another. What’s interesting here is that both of these men have gone through some sort of change and personal growth, but upon seeing each other, they revert back to their old ways. I guess old habit die hard. I’m actually really beginning to like Dante, finding him to be more complex than I initially gave him credit for. I particularly enjoyed seeing him defy Rose in a combination of stubbornness and loyalty. I’m also curious as to whether something more is developing between these two and whether it might actually be because of their growing feelings for one another, rather than a sense of obligation over the oath that he made. 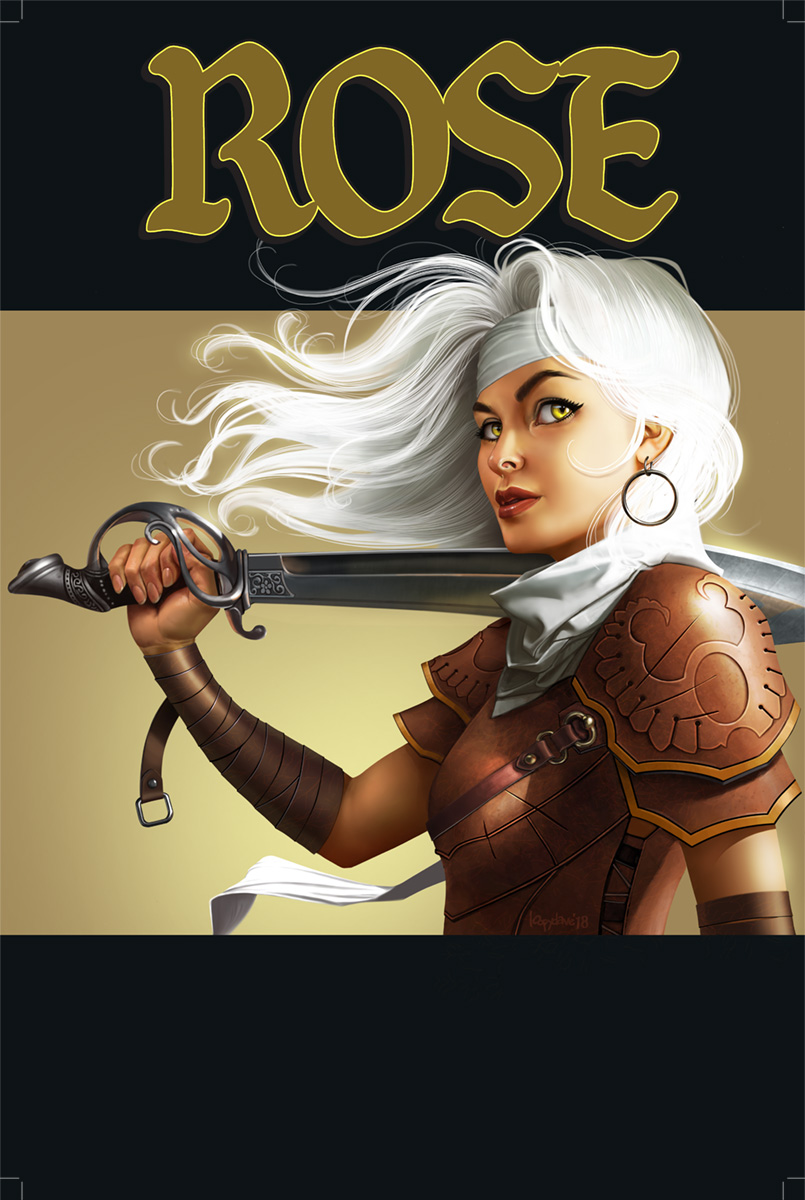 Ig Guara’s art is wonderfully passionate in this issue, perfectly capturing the intense emotions that fly between Rose and Dante. You really get the sense of how much Rose cares about Dante and how she also wants to protect him. I also love how Guara draws Dante in such a stoic way, making it more difficult to read him and his emotional responses, unless of course he is angry. There is also an excellent battle sequence at the beginning of this issue that is both intense and gritty. It is short but impactful and does the job at heightening the power of these scenes. The colouring by Triona Farrell reflects the emotional shifts in the narrative. I thought the palette used during the rebel raid was perfect, with vibrant and fiery reds dominating these pages, heightening the intensity and chaos of these scenes.

Overall, I really enjoyed this slower-paced issue, finding it to be one of my favourites. I love how Rose and Dante’s bond is growing and their passionate and emotional exchange was a highlight for me. I’m keen to see how things will progress from here and how they will come together to face this new evil. Show me more of that monstrous giant evil thing too. I’m mega curious about that! 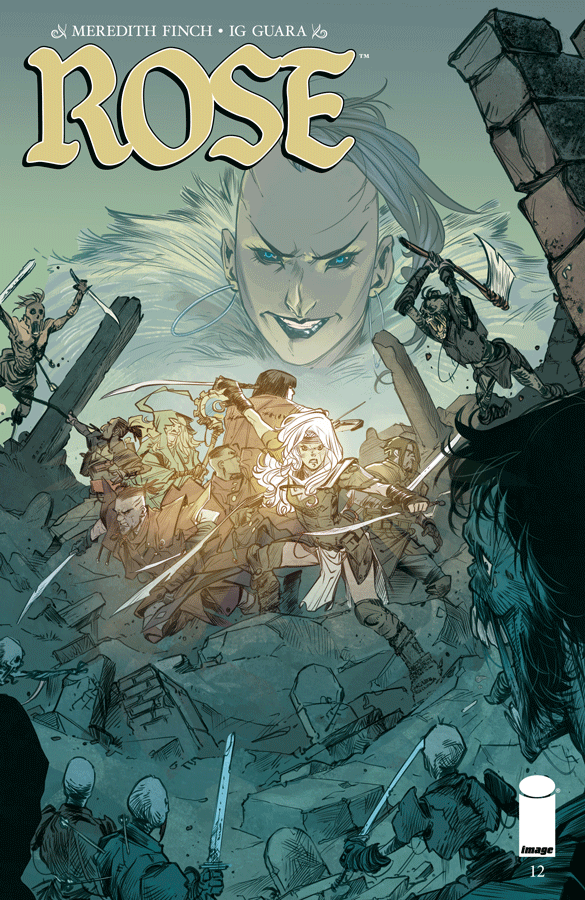