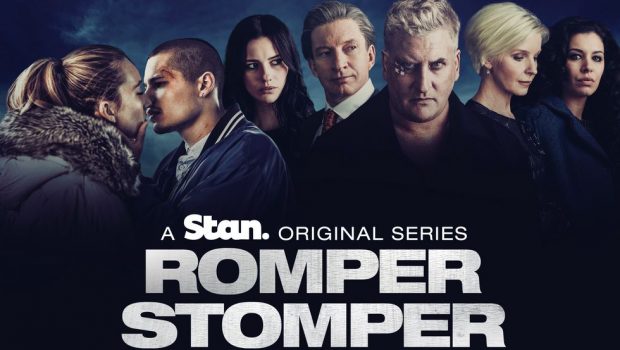 Summary: Romper Stomper is a disturbing yet compelling TV series

The hit Stan TV series Romper Stomper is now available on Blu-ray (reviewed) and DVD that revitalizes Geoffrey Wright’s 1992 classic film which starred Russell Crowe and is just as powerful which provides an eerily gripping social commentary of Australia. The series also goes into high gear from the very first episode that sees a Hala festival shattered due to two protesting groups invading the event. 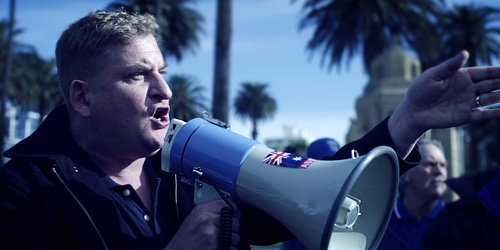 One of the main protagonists of the story is Blake Farron (Lachy Hulme) who plays the leader of Patriot Blue, a far right group of nationalists whose hatred towards the minority is quite scary. Adding to this toxic mix is Blake’s girlfriend Zoe (Sophie Lowe) who has her own dark history with drugs and her addictive personality has been drawn to this man. Then you have Kane (Toby Wallace), a former solider in the military who really channels Russel Crowe’s character in the classic film and is just as nefarious. 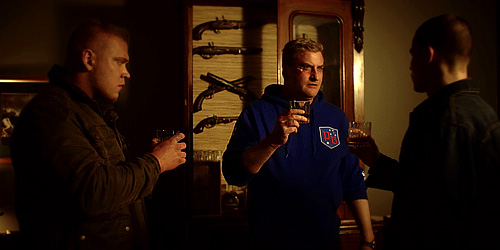 Adding to the turmoil of the story are the Antifasc who are their own power and as far-left as you can get compared to Patroit Blue which includes Lalia (Nicole Chamoun) and Farid (Julian Maroun), two Lebanese youths whose hands have been forced due to the lack of intervention by society. It’s definitely a toxic mix which has strong parallels to the 1992 film but it’s great seeing a contemporary twist. Although six episode, each is quite powerful and the series finishes with a violent cliffhanger as both groups clash. 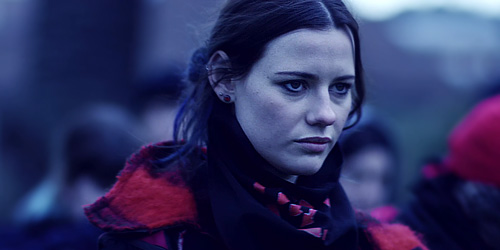 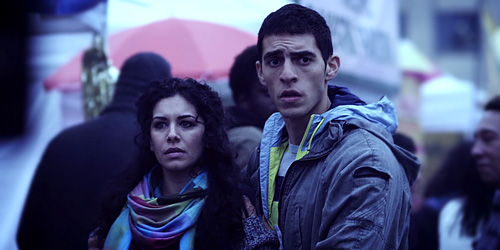 Romper Stomper is a high quality release on Blu-ray with some exceptional video detail and audio quality. There’s also an interesting colour tone which suits the dark element of this story.

If you’re looking for a gripping drama series, Romper Stomper makes for an excellent yet disturbing television series.