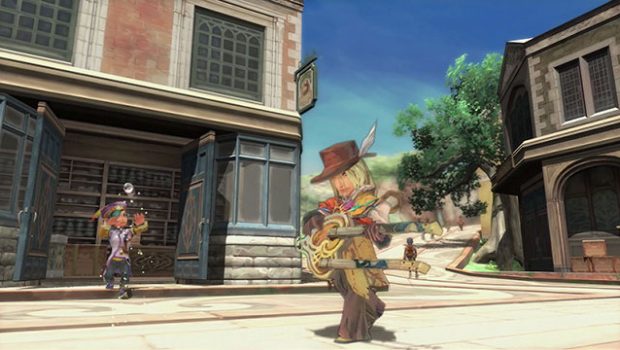 SQUARE ENIX® today announced that the fourth entry in the beloved SaGa series, “Romancing SaGa” which originally released in Japan in 1992, and again as a remake in 2005 across North America and Japan, is coming to Australia & New Zealand for the first time this summer as Romancing SaGa -Minstrel Song- Remastered on PlayStation®5 (PS5™) console, PlayStation®4 (PS4™) console, Nintendo Switch™ system, PC (STEAM®), iOS and Android devices.

Romancing SaGa -Minstrel Song- Remastered will feature a host of exciting new improvements and additions, including remastered graphics, new quality of life features to improve playability, and new gameplay features. Players will follow the exploits of one of eight protagonists, each with their own storyline and goal, and create their own unique adventure where their actions will affect the world around them courtesy of the “Free-form Scenario” system.

Fans of the SaGa series can also expect the “Glimmer” and “Combo” systems from previous games, iconic beautifully illustrated designs, and a whimsical soundtrack by Composer Kenji Ito which can be heard in today’s teaser trailer with the charming theme song “Menuett” from the game’s soundtrack.