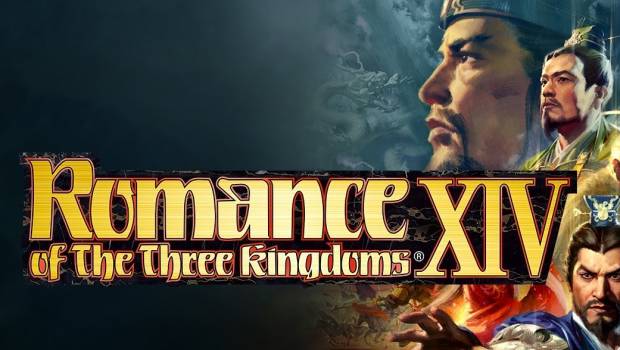 Summary: Ignore advice from the Princess Bride and instead attempt to unify China.

I have to be honest… when I first saw the art for this game I thought “oh I’ve played one of these before, this will be cool seeing where they are up to now”. Turns out I was thinking of Dynasty Warriors (which if memory serves I last played some 20 odd years ago, so, you know… that’s a long time to have forgotten some details). There are similarities but Romance of the Three Kingdoms 14 is far more like Total War Saga: Thrones of Britannia and that’s not a bad thing at all. 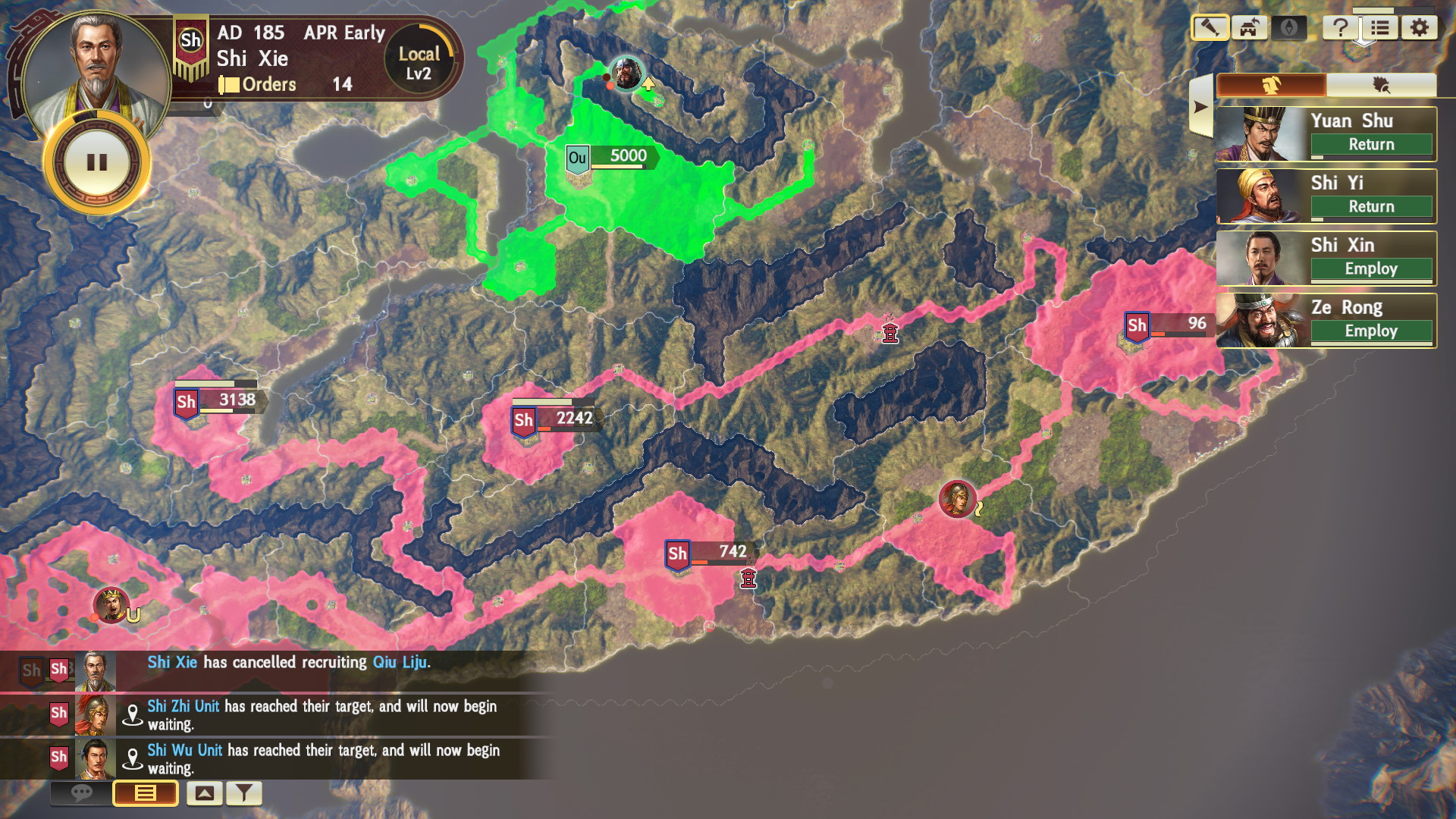 The core gameplay revolves around crushing the yellow turban rebellion and unifying China. The game melds history and legend together to create a stirring narrative intended to both drive you forward and to build a bond between yourself and the other characters. The tutorials will bring you up to speed with the essential game play elements and the story points to give you a better footing for when you head out on your own… but it can still be a steep learning curve. 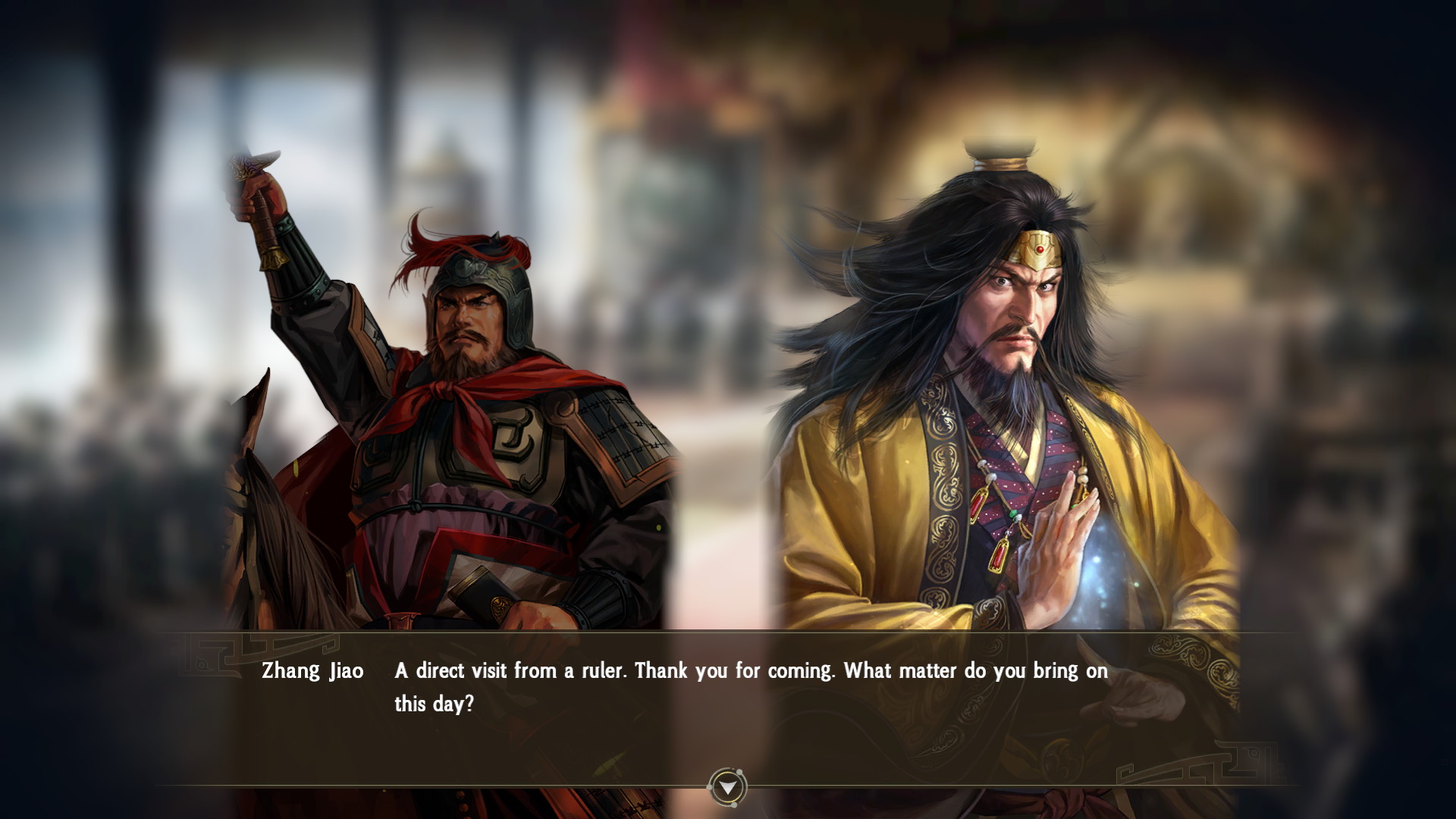 The game presents the player with multiple scenarios, from different historic stages in the battle to unify China. I actually found the first mission a bit too overwhelming to begin with so I jumped ahead some way and found it much easier to get my bearings. Returning to the original mission, my issues made more sense, essentially how you manage your zones will determine you ability to succeed (ok that’s a bit of a “duh” comment… but there’s more to it than it seems). That first mission requires quite a bit of setting up… you need to recruit leaders who can take your armies into battle and, importantly, who can go off and recruit other leaders to help expand your empire. The later mission I jumped into had sufficient troop leaders for me to be able to really start making my mark on the map and helped me get into the flow of the game. It’s somewhat counter intuitive, normally you’d expect the early missions to have more hand holding but I guess the fact it follows a historic story, the forces would grow with each successive scenario. 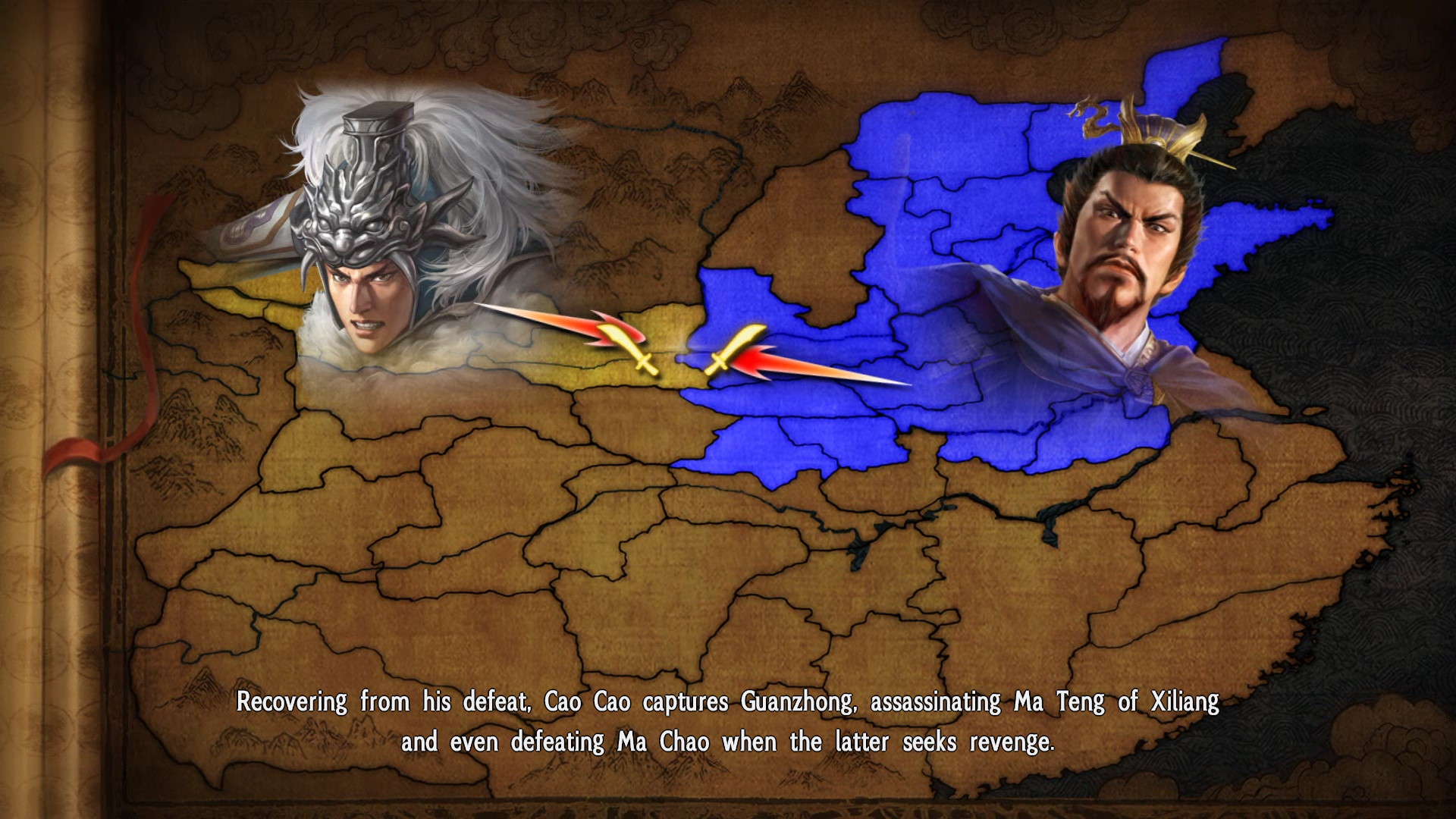 Those leader units mentioned earlier play a decisive role here, if you can level up your character you can unlock new talents that will shift the tide of war. When you are levelled up enough to take control of land by cutting off supply to other areas… that is really helpful! Unfortunately taking over land is also where one issue presented itself with the game. The map is divided into hexagonal blocks… by moving into these blocks you change it to your colour. All well and good but it can be fiddly to do so (think of this as kind of what you get your settler units to do in Civilization). There is a command you can give called “conquer” which essentially sets your troop to go about converting blocks to your colour… but the issue is the way they do it, rather than an efficient line by line type movement, they seem to go all over a territory like a drunken hoon, backtracking and zig zagging all over the place. I ended up figuring out I was better off setting way points and simply plotting my own course for the troop to take. 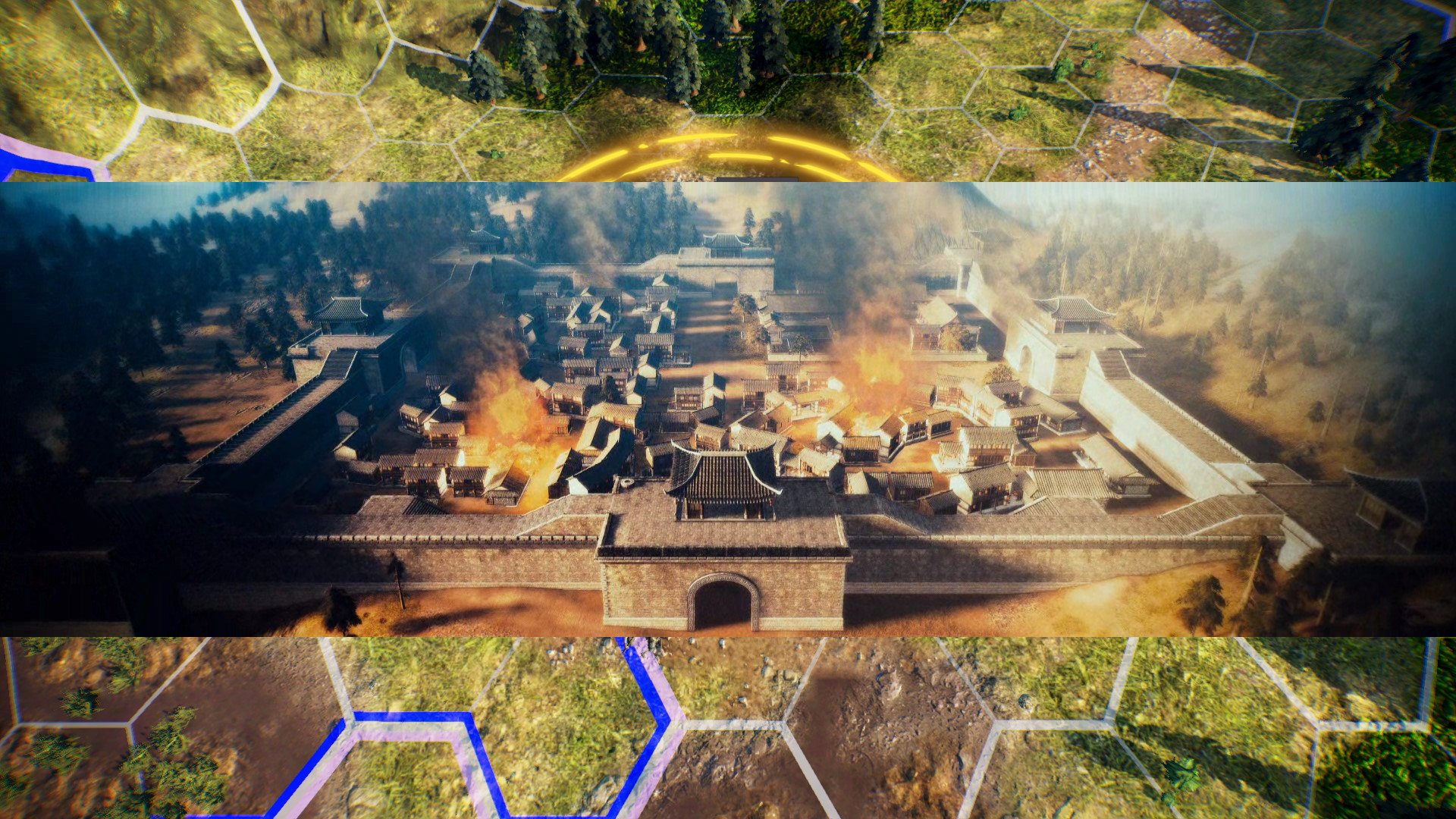 The bottom line here is that if you like games like Total War Saga: Thrones of Britannia then you will most likely enjoy Romance of the Three Kingdoms, if you are a fan of the previous versions then this may well tickle your fancy. Even if you just enjoy tactical strategy games, this is a great chance to have a different nationality to the standard US, or sometimes UK ones we are used to. A hefty price tag, so maybe wait for a sale but there’s a decent bit of replayability here too.