What inspired the game’s art style?

Rollerdrome has a low-budget 70’s sci-fi movie feel to it – think Rollerball, Westworld, and Mad Max. There’s a limited colour palette, lots of brutalist architecture, and if you look closely you’ll see some of the enemies wear costume pieces that look like they might have been sourced at a sports supply store and repainted. The particular art style – which is illustrative, with clean, defined lines – draws from Saturday morning cartoons and French/Belgian comic artists like Herge and Mobius. We used the NoComply renderer, which was developed in-house for OlliOlli World, to create the distinctive outlined style, and I think it worked out really well. It wound up looking pretty different to OlliOlli World, but lots of the lessons that the OlliOlli team learned helped us perfect what we wanted from the renderer. 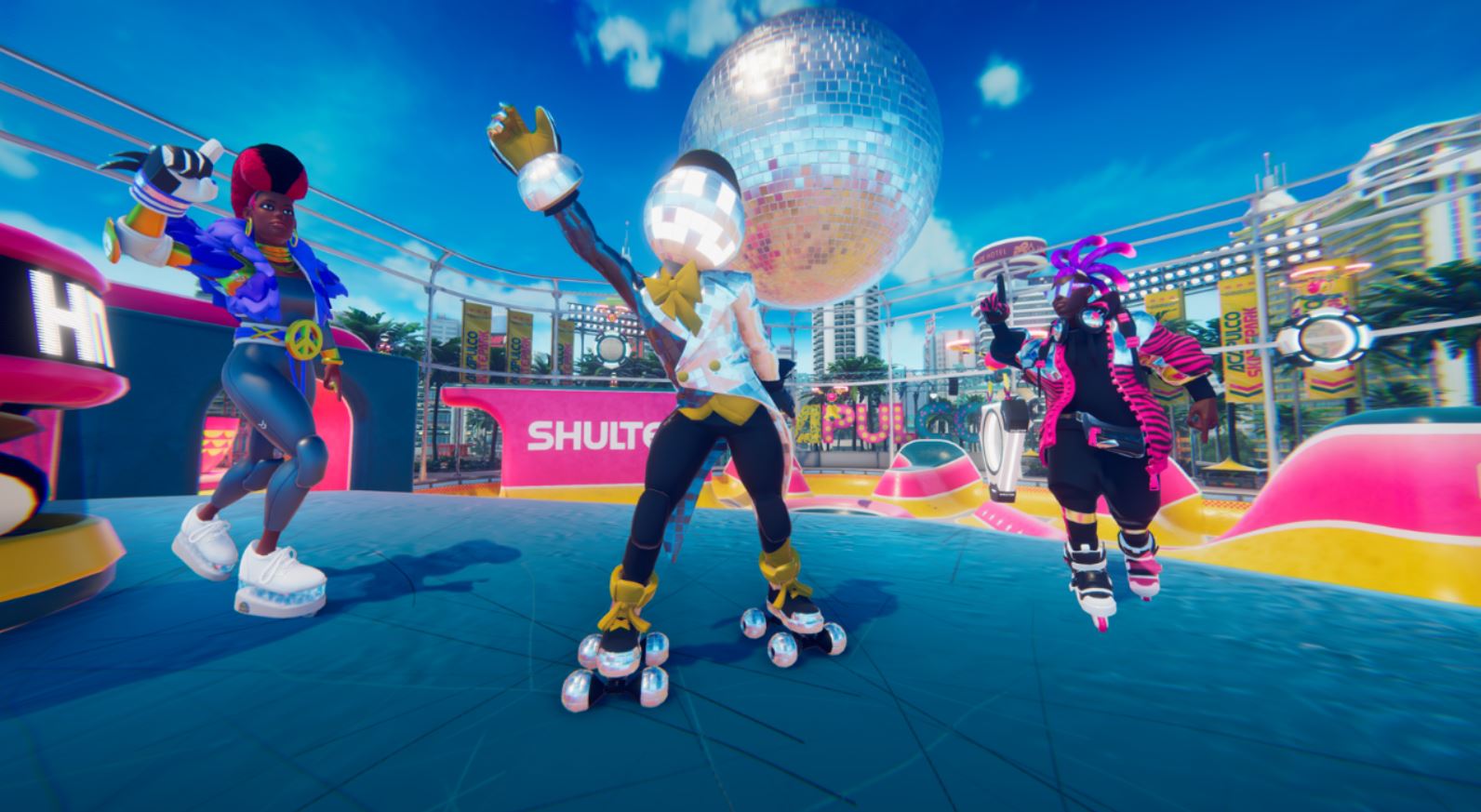 What was the goal when incorporating a subtle story for the game?

We knew from the start that Rollerdrome would be an arcade-y game at its core, and lots of players would just be here for the gameplay. So we needed a story that was rewarding to those who wanted to investigate it, but not too obtrusive for people who just want to hop into the arena and get skating. The game really puts you in Kara’s shoes – you can focus on being the best in the arena, and ignore any of the sinister events surrounding it, or you can delve into why you’re there and what else might be going on behind the scenes…

As a follow up, was the game’s almost subtle story done to focus more on the gameplay or more of an intentional decision?

It’s a bit of both – the idea of the story does focus on the idea that this sport is itself a distraction tool from what’s happening behind the scenes. It’s quite immersive and you can explore it at your own pace and in your own way, which feels like a really unique sort of story you can only really tell in a game. At the same time, yeah, we get it – not everyone wants to delve into that, and for those people, it’s going to be pretty unobtrusive. 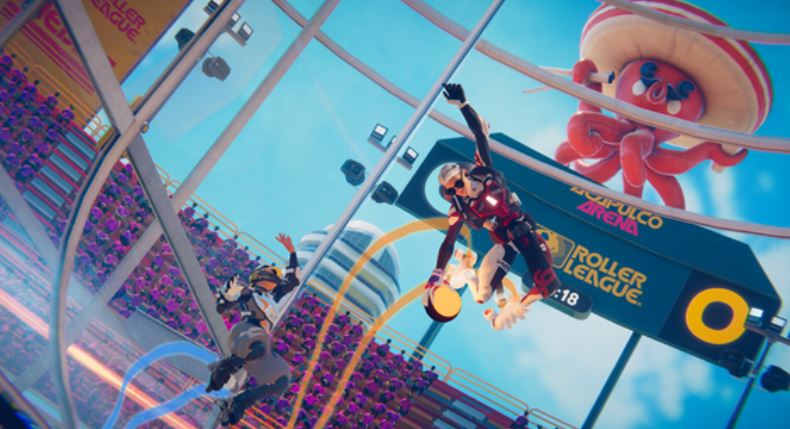 Was the game inspired by the early years of roller derby? If not, what was the inspiration behind the game’s premise?

Yeah, the aesthetic especially pulls a lot from roller derby – it’s a predominantly women-led sport, and the outfits with the kneepads and helmets all also draw on that roller derby vibe. I think what I’d call the core premise of the game is more abstract – it’s really about the feeling of constant motion combat. But yes, the aesthetic definitely harks back to roller derby!

Was it difficult finding a fitting soundtrack that works as well as the synth and techno tracks heard in the game?

Yes! It was incredibly difficult. We wanted a 70’s energy with the soundtrack, but most modern driving synth tracks have a more 80’s feel, and just didn’t work with the game’s visuals. We were incredibly lucky to get in touch with Electric Dragon, who sent over some sample tracks that absolutely blew us away. After that, we teamed up to create a soundtrack with the exact mix of driving synth ferocity and 70’s energy that we’d been after all along.

Rollerdrome has a set difficulty and players must first complete a specific number of objectives before progressing to each main stage, was this done to make challenging gameplay an integral part of the game, or was this to extend the game’s playtime as much as possible?

Challenges in Rollerdrome exist mainly to teach players how to make the best use of game mechanics such as wallrides, or how to utilize different weapons in different scenarios. The idea is that if you do all the challenges, you’ll learn all the skills you need to face later levels in style.

How much would you say the OlliOlli series inspired Rollerdrome?

I’ve been a fan of the OlliOlli games for a long time, and I think that there are a lot of similar design philosophies there – OlliOlli and Rollerdrome are games that are all about flow, motion, and self-expression. So although in some ways they’re pretty different, those core concepts is very much aligned. 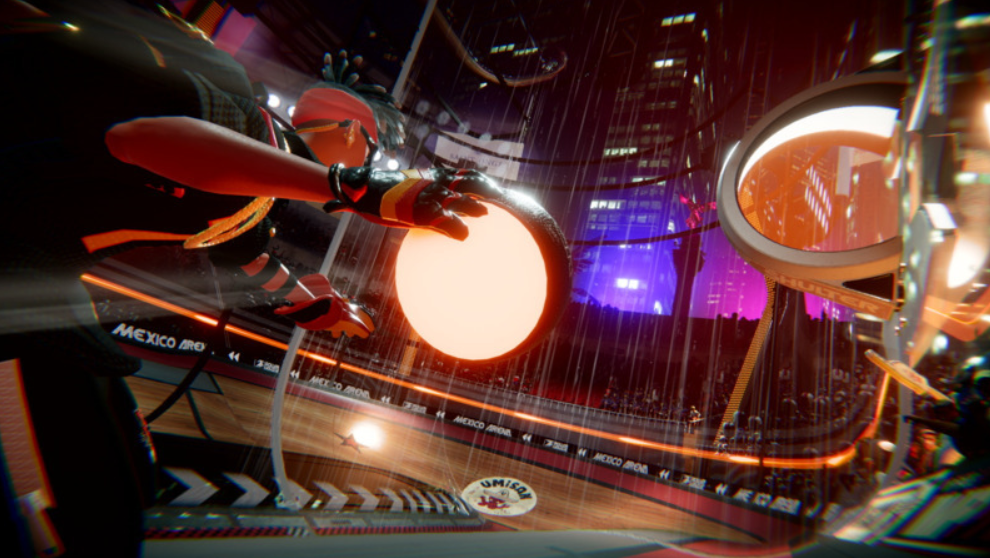 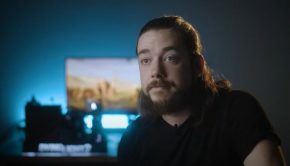