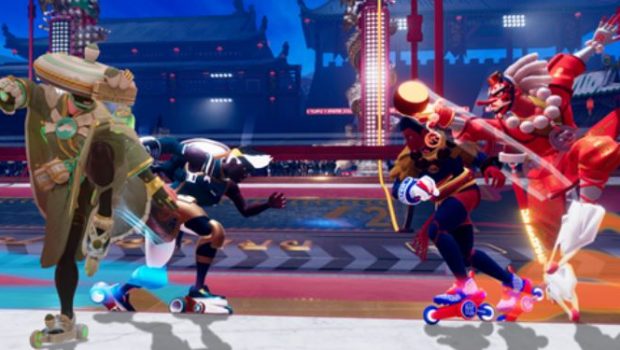 Starting October 4, Roller Champions’ community will discover the new theme of the season inspired by martial arts and age-old traditions from Asia. Dragon’s Way brings new themed maps, as well as technical features improvements such as full cross-platform features, and an improved live schedule of modes and minigames.

Players will be able to refine their skills in the brand-new Bangkok Arena, Zen Temple, and Dragon Temple. To let players fully experience Dragon’s Way new environments, only the three new arenas will be featured for the first two weeks, starting on October 4. All arenas from previous seasons will be available again afterward.

In this new season, players can invite their friends for a game, no matter the platform they use thanks to cross-play invites. Dragon’s Way also improved the matchmaking, and stability of the game to create a better and smoother experience than ever.

To spice up player’s routine, every week of Dragon’s Way will present a different mode or skatepark minigame, all of which will continue to reward players with fans and contribute to their progress in the Roller Pass. Dragon’s Way offers players more superstars, Roller Champions’ themed characters, to choose from than any season before, which now come with their own customised backgrounds.

To learn more about the game, please visit www.rollerchampions.com.