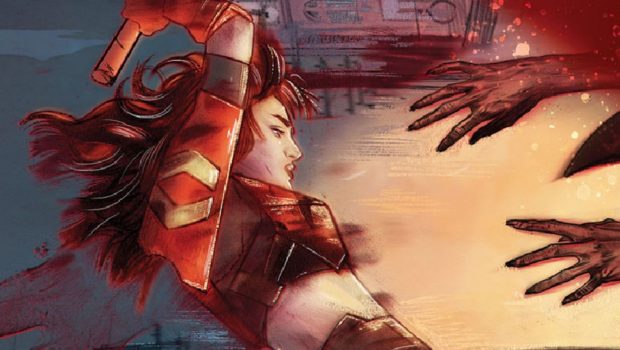 “Rogues’ Gallery is a very timely story that I felt compelled to tell. I wanted to explore what happens when fandom can turn into unhealthy obsession and where the line between reality and fiction blurs,” said May. “Every superhero has an origin story and this is Maisie Wade’s. I’m very fortunate to have partnered with such an exceptional team on this series and incredibly excited to have my first book be published by Image Comics.”

The Purge meets Scream in this pulse-pounding story that follows disenfranchised TV superhero actress Maisie Wade as she is terrorized by an unhinged group of intruders cosplaying her day job’s archvillains. If Maisie is going to survive the night, she’ll need to be the hero she has come to despise.

“Working on Rogues’ Gallery alongside this talented team was a blast, I feel we each brought a unique flavor that bundles into one amazing story. Readers will be in for a wild ride from start to finish that really captures the world we live in today,” said Mason.

Rogues’ Gallery #1 will be available at comic book shops on Wednesday, July 20:

Rogues’ Gallery #1 will also be available for purchase across many digital platforms, including Amazon Kindle, Apple Books, and Google Play.