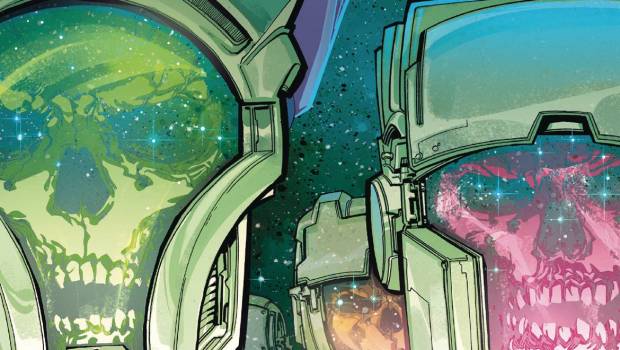 Summary: This third issue gets quite bloody as things start to get more intense, however this title doesn't quite land the character based drama this time around.

So far, Cullen Bunn (Harrow County, Deadpool), Andy MacDonald (Batman, Loki) and Nick Filardi (Umbrella Academy) have delivered on tense, grotesque and gory sci-fi horror goodness in their new Oni Press title Rogue Planet. In the third issue they ramp the carnage up to great success, but unfortunately don’t quite hit the mark on the smaller character moments.

If it’s the horror you’re reading this title for, then this issue still has plenty of that in store for you. There aren’t as many creepy creatures in this issue compared to the last two, although it does have one moment that was very effective. Instead we get larger set-pieces that show us a glimpse into this barren planet our lead crew have found themselves on.

The pace is picking up here as well, which makes sense seeing as the focus this time around is on those action-packed moments. Just like the lead characters, you never get a moment to breathe. It’s constant, one thing to the next. It’ll be fun to see how this pace works when collected in a volume, but reading it month-to-month is very satisfying.

There’s a couple teases into the greater mystery as well, something that wasn’t a massive part of the second issue. These threads are sure to lead somewhere interesting in the next few issues and I’m keen to see that play out.

But, sadly, I didn’t find the character stuff all that great here. The reason might be the designs of the suits they’re wearing. It’s fairly straight-forward space-wear, with helmets that have a different color for each crew member. It did feel like the red and the pink helmets looked almost identical, which led to a bit of confusion over who was who as one of those characters is going through some fairly important moments at this stage.

While it did fumble a little, this issue is still telling a very fun story that I’m sure to continue reading. The writers are teasing some concepts that are very intriguing as well.

Rogue Planet #3 is out July 29th via Oni Press. 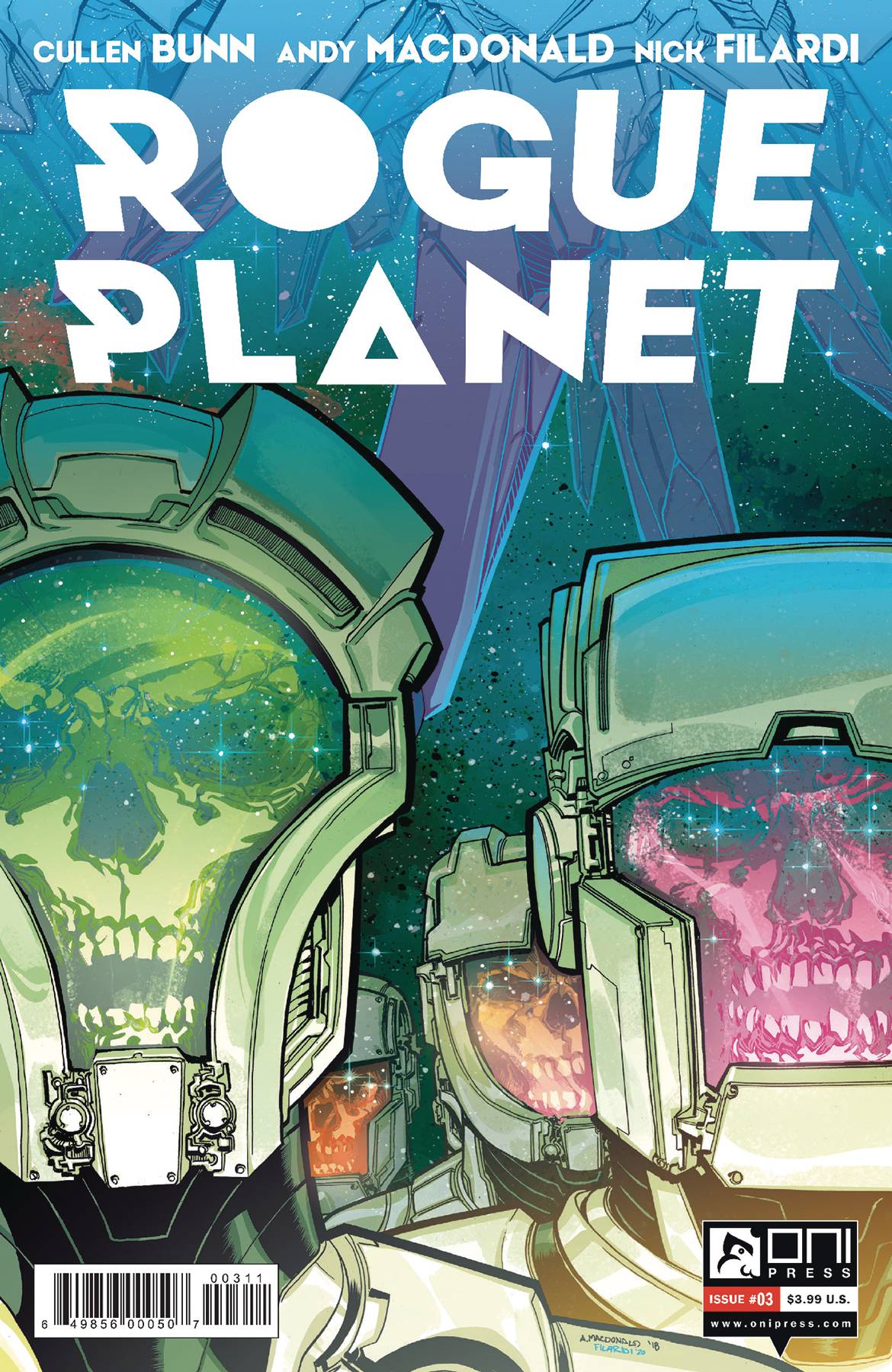