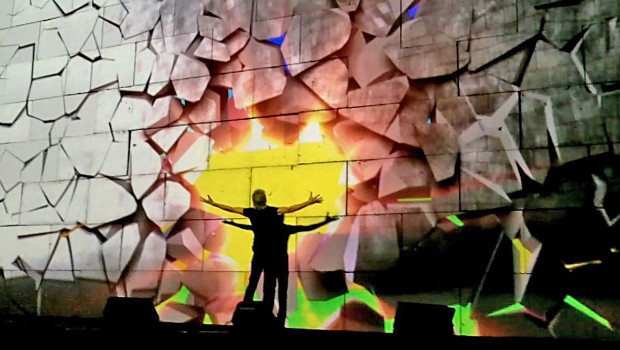 Roger Waters, the creative genius behind musical pioneers Pink Floyd, in association with Universal Sony Pictures Home Entertainment, announced that the groundbreaking masterpiece Roger Waters The Wall is set for release on Blu-ray™, DVD & Digital from December 3, 2015 and is available to pre-order here.

Gaining global critical acclaim as “a monumental achievement” that is “nothing short of breathtaking”, Roger Waters The Wall is the brand new feature film written and directed by Waters (Pink Floyd, The Bleeding Heart Band) and Sean Evans (Cashback, Being Julia). The film unfolds on many levels – an immersive and undeniably epic concert experience of the classic Pink Floyd album, a road movie of Waters’ reckoning with the past and an anti-war protest film, highlighting the human cost of conflict. The film received a ‘one night only’ global cinema release in September, where hundreds of thousands of fans worldwide witnessed the impact of The Wall in a special cinematic event. Now, for the first time, the release will be available on Blu-ray™, DVD & Digital from December 3, 2015 and is a must-own release for 2015.

Roger Waters said: “I’m glad that we have an opportunity to share the film with people on a wider scale. It has had a deep effect on my life; and I’m not the only one. This release provides an opportunity to remember all of our fallen loved ones.”