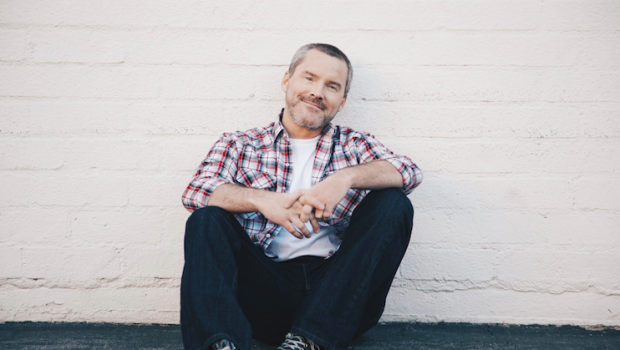 We catch-up with Roger Craig Smith, one of the biggest names in the voice over business who has played a variety of characters from Batman to Captain America and even Sonic!

So how did you become involved in voice acting?

Was doing stand-up comedy for years prior and kept hearing from folks in the industry that I should look into it. One thing led to another and eventually I found myself in the VO booth. Haven’t looked back. Love it.

To date who has been your favourite character so far and why?

Really can’t choose a favorite. They’re all hugely faltering things to have been involved with– -getting to portray the voice of ANY character is always a blast. Big role or small, it’s just an honor to be one of the selected few in the booth. Being a Disney villain innPlanes (“Ripslinger”) back in 2013 was a real treat, though…

What was it like being Batman in both Batman: Arkham Origins and also Batman Unlimited: Mech vs Mutants?

Both are Batman– -Plain and simple. The fact that the Unlimited version of Batman is more family-friendly is always something I enjoy. The fact that so much involving these characters rests in our earliest memories of when we were introduced to them, makes it a real treat to be part of something geared toward the younger audience. It’s not to say that I don’t love trying to sink my teeth into the grittier, more adult version of Bruce Wayne in

Origins, but it’s always nice to think there’s a kid out there that really digs the Unlimited toys and movies, and that he/she might grow to love all the other versions of Batman because of this early introduction.

Where do you get your voice inspirations from to play Batman?

That really comes out of a collaborative effort from the entire production crew. I take direction from the director, who has been given an idea of what the character should be like from the producer. So, I’m not the only one determining the sound of the vocal performance — it’s a collaborative process.

Tell us your favourite Batman line…

You’re also playing Sonic as well which is a far cry from Batman, what are some of the challenges playing this character?

For me, it’s still having Sonic remain likable, despite all the snarky and sarcastic things he can say. Pulling back the curtain and showing that the blue hedgehog has a heart of gold from time to time matters. When and where we get those opportunities isn’t always up to me.

Tell us what your career highlight is so far?

Probably taking my mom to the world premiere of Disney’s Planes, back in 2013. Having her get to see the insane spectacle that is a red carpet on Hollywood Blvd is something else. It was a neat thing to experience in life.

Lastly, what does the rest of 2016 look like you for you?

Thankfully, the rest of 2016 looks BUSY! I’m fully aware that slower times await me in life, but it certainly doesn’t seem that’s near on the horizon. I’ve got lots of projects in production that are in the works for 2017 and beyond, so I’m a happy guy.

Thanks again Roger and all the best for 2016 and beyond!