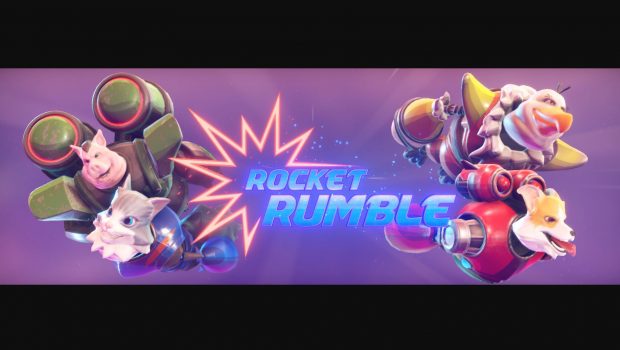 PixelNAUTS releases a new trailer for its upcoming space racing brawler Rocket Rumble – a 2-4 player party game where a charming cast of animals in rocket suits smash and bash their way across the finish line. A PC game to play with family and friends on the couch or online, as each player builds their character, unlocking new cosmetics by earning points on each racing match. Rocket Rumble is scheduled to release in Early Access this summer on Steam for
USD $12.  Let’s talk about special features:

Single-screen local and online multiplayer: Invite your friends and family to a fun competition.

PixelNAUTS Games is currently organizing an upcoming open beta that will give access to the community to try the game and help shape up its features. Sign up now to receive more information! And don’t forget to wishlist Rocket Rumble on Steam.

For more information, visit https://www.rocketrumblegame.com/ and follow PixelNAUTS on Twitter. If you’d like to participate in the conversation, our Discord community is home to everything Rocket Rumble! We take community input on everything from new accessories to new track names!