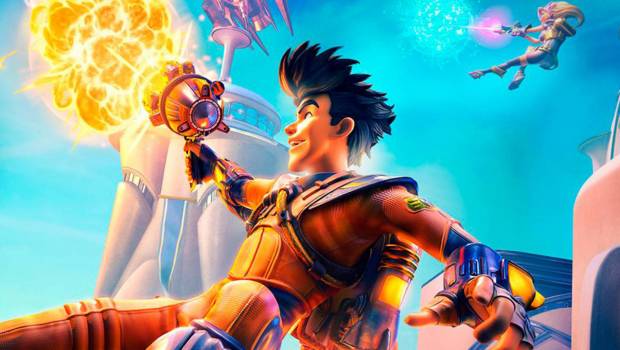 Summary: A mish mash of concepts from other games, Rocket Arena does nothing to warrant the price tag, and doesn't deliver enough to make it an enticing free-to-play option. A good base, only time will tell if they can develop it further.

I love that we’re at the stage now where family-friendly competitive shooters are a thing. Between the paint splattering Splatoon, the build and survive Fortnite, and now Rocket Arena, we are entering an age where family members can all compete and have some gore-free fun. While Rocket Arena certainly wants to break into that space, I have been trying to figure out exactly where and how it fits.

Rocket Arena’s core mode Knockout is a 3v3 rocket fest that has the two teams pounding each other with rockets, collecting power-ups, and attempting to knock their opponents out of the arena ala Super Smash Bros. The first team to reach the target score reigns supreme,  and while the first few matches were a novel take on Quake-style battles with Overwatch like powers, it wore thin pretty fast. 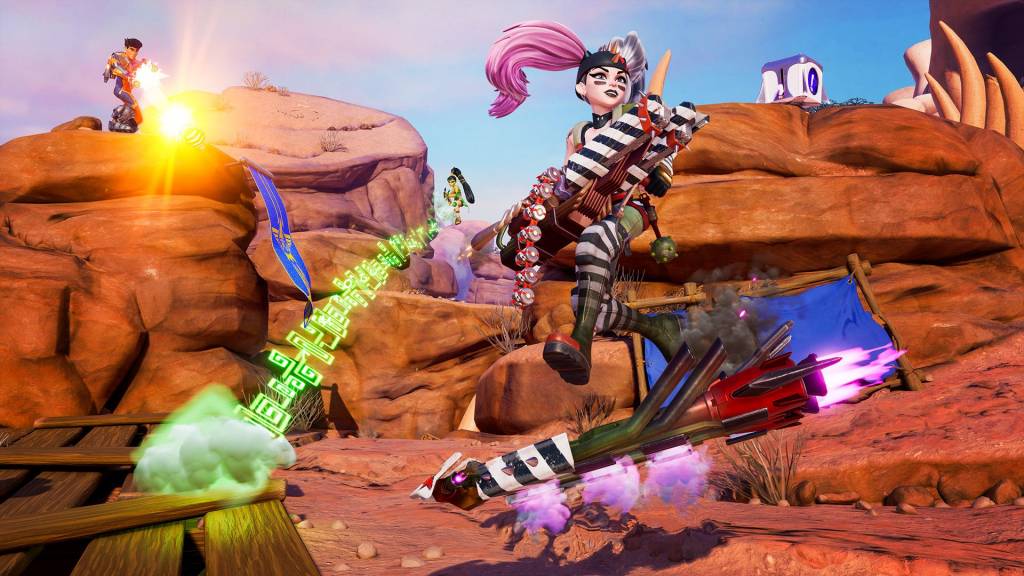 Did you notice how many games I mentioned in that last paragraph? Yeah, nothing about Rocket Arena feels unique. Almost every facet of its paltry offering can be traced back to another release in this space. The character design is highly reminiscent of Nintendo’s ARMS, the Knockouts feel like Super Smash Bros., the art feels like Fortnite. The hero abilities feels like watered-down Overwatch, and the combat is like Diet Quake. I’ve played this game before, multiple times, and each of those other times, it was better that what Rocket Arena is serving up.

Even my favourite mode in Rocket Arena, Rocketball, is a mix of the homebrewed Grifball from Halo, and Rocket League. Despite the obvious inspirations here, Rocketball has far more room for improvement and growth than the stock 3v3 Knockout in my opinion, and if the game were to shift its focus, adding some more advanced mechanics to this mode specifically, I think Rocket Arena would have something semi-interesting and unique on its hands.

But perhaps the most perplexing element to Rocket Arena is the environment of the game itself. With daily rotating skins and unlocks available for purchase with Rocket Fuel, a premium currency in line with V-Bucks from Fortnite, there is no question in my mind that Rocket Arena is designed as a free-to-play game, currently charging a hefty price for admission. In fact, they’ve already held a free weekend just recently, maybe due to the poor numbers at launch, but in my opinion, more likely to test the waters for user retention during that period. 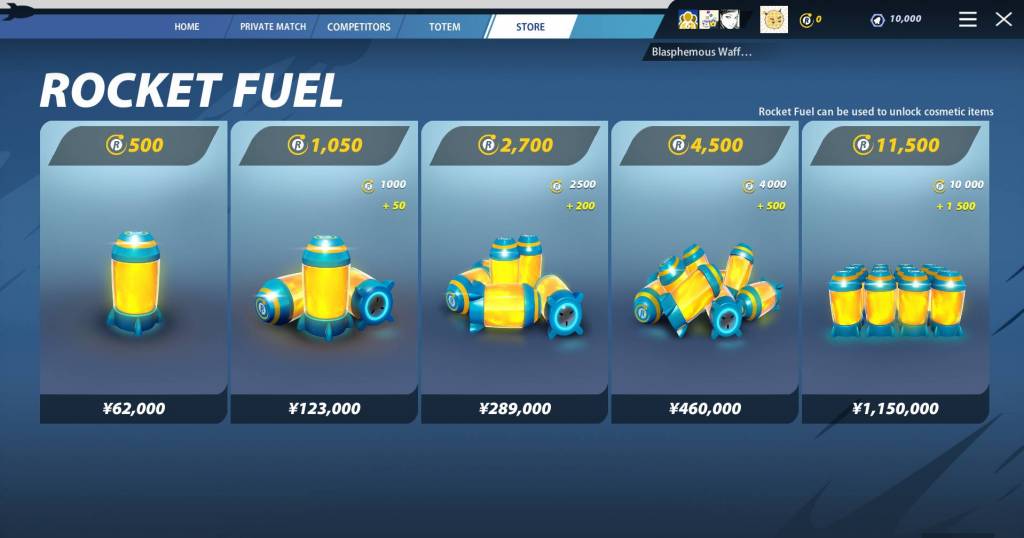 Oh, and it’s also worth noting that a Rocket Fuel purchase for the Battlepass was ¥123,000 when I reviewed this, a cool $1,609 AUD at the time of writing. I tweeted the developers asking what was up, I never received a response.

It’s a shame because Rocket Arena isn’t offensively bad at all. It has pretty fantastic animation, the shooting mechanics and triple jumping antics are quite a lot of fun, and the level design is varied and interesting. It has the framework of something that I’d dip in and out of if it were a free product, but at a premium price point and in its current state, that’s a bitter pill to swallow.

The characters on offer are also full of personality, with a tonne or architypes for you to choose from. Want to be a beefy tank? Pirate Blastbeard is there, ready for you to launch his charged anchor and unleash a shockwave. Want to slide around on a hoverboard and slam your opponents? Rev is available to fill that need. Each character has a playstyle, and more often than not they are interesting enough that you want to play a few rounds with each to discover your favourites.

But the truth is that Rocket Arena is in a lot of trouble, because it doesn’t offer enough to warrant the price tag. The more concerning thing is that if it does indeed go free-to-play, it isn’t unique enough to lure people away from the plethora of other service games that are more established, more varied, and ultimately more fun.

Rocket Arena may be worth a look for free, but otherwise, I’d suggest you stick to the games you’re excited about.