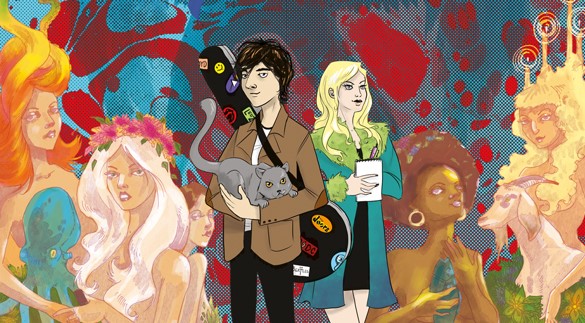 When a pattern of unsolved groupie murders from the 1970s resumes in present-day Los Angeles, nobody makes the connection except Jackie Mayer, a rock nerd with a strange connection to music’s urban legends and a mysterious ability to “see” what most people miss. Together with a muckraking music writer named Dorothy Buell and his loyal cat Skydog, Jackie uncovers an underground conspiracy involving a legendary band, demonic possession, and sacrifices to the dark gods of rock.

“This is the first in what I hope will be multiple volumes of ROCKSTARS as we explore rock ‘n’ roll mysteries and secrets over its many decades and genres,” said Harris. “While I love playing in this world between the colorful lines of music history, what I enjoy even more in digging out these urban legends and lost conspiracies is that they illuminate what’s timelessly common among bands and artists, and shared by different fandoms of whatever kinds of music they love and support.”

ROCKSTARS VOL. 1: NATIVITY IN BLACKLIGHT is available for preorder via Amazon, Barnes & Noble, Indiebound, and Indigo.

“If you are a fan of Buffy, The X-Files, conspiracies and, of course, rock ‘n’ roll, READ THIS NOW, and there is no doubt you will be dancing madly backwards.”
—Josh Berwanger, founding member of The Anniversary

“ROCKSTARS is heady stuff—as dangerous and exciting as the great rock records that inspired it. They don’t make comics (or albums) like this anymore!”
—Vivek J. Tiwary (The Fifth Beatle, Green Day’s American Idiot)

“The fascinating premise—that every music conspiracy is indeed true, and tied to dark, otherworldly forces—has us hooked right away.” —Comic Book Resources

“ROCKSTARS is for anyone who has an appreciation for good music, good mystery, and good science fiction.” —Comics Verse

“ROCKSTARS is a deliciously intriguing read, scintillating enough to linger with you long after you’ve taken it in, like last night’s final shot of tequila. And it burns just as thoroughly. Pair it with the most immersive and scuzzy album you own. You’ll find it fits perfectly.” —Doom Rocket

“This is one of those rare comics that successfully transcends genre classification—blending police procedural with dark fantasy and 1970s rock music in a way that will attract a variety of readers.” —Rogues Portal 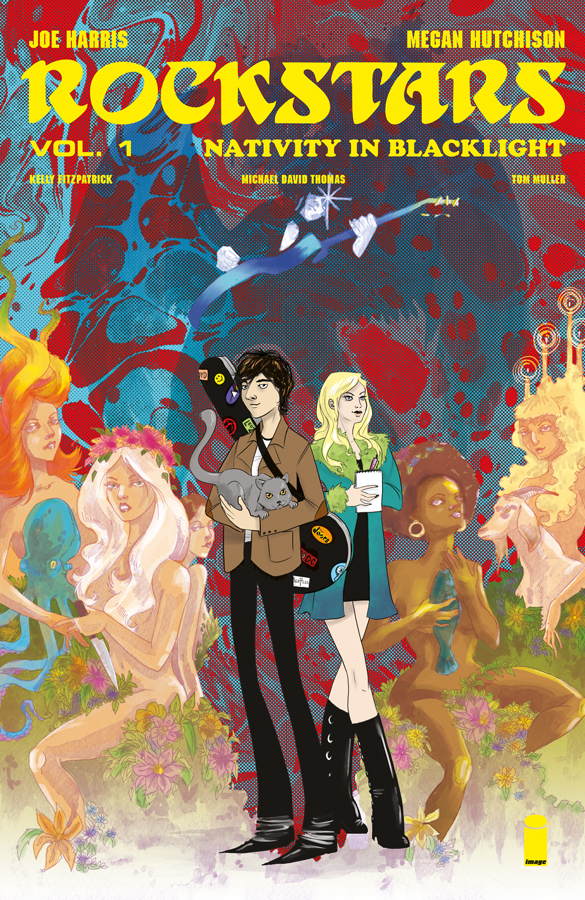