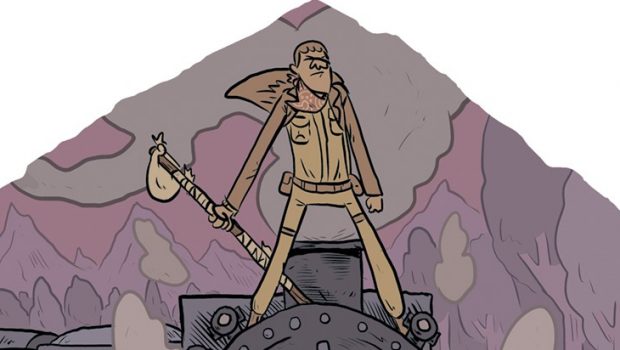 Come along and ride the rails with the mysterious unbeatable hobo Jackson, and his newbie sidekick Pomona Slim, on his quest to find the mythical hobo heaven. But watch out for the Devil! And the FBI! And the Hobo Mafia too! It’s a fantastical fisticuff frolic through post-World War II America via the rails and backroads, through underground fight clubs, prison, and the hobo jungles wrought with dangers, hobo fights, jokes, and locomotive excitement.

“This book is so good that even the sound effects have literary merit.” —Matt Kindt (Dept. H, MIND MGMT)

“Every aspect of this comic is a blast, from the kinetic visuals to the comedically testosterone-fueled dialogue.” —Paste Magazine

“How many of us have thought ‘Man, I wish O Brother, Where Art Thou? had more hobo death matches!’? Well, Kyle Starks didn’t just think. He got off his ass and made that magic happen!  ROCK CANDY MOUNTAIN, y’all. You can thank him later.” —Jason Latour (SOUTHERN BASTARDS, Spider-Gwen, LOOSE ENDS)

“ROCK CANDY MOUNTAIN’s unique combination of sympathy, humor, and unadulterated weirdness is not to be missed.” —Comics Verse

“With a striking aesthetic and a heady blend of humour and action, ROCK CANDY MOUNTAIN provides a hobo-themed love letter to the classic martial arts movies of old, and given Starks’ impressive pedigree as a creator, this should be viewed as a pretty much essential purchase.” —Big Comic Page

“Ever since I was a boy, I’ve dreamed of riding the rails, hobo style. But I was just too damn scared. Kyle’s ROCK CANDY MOUNTAIN brings me the excitement and danger of boxcar vagrancy with none of the unpleasant associated odors.” —John Allison (Giant Days, Bad Machinery, International Treasure) 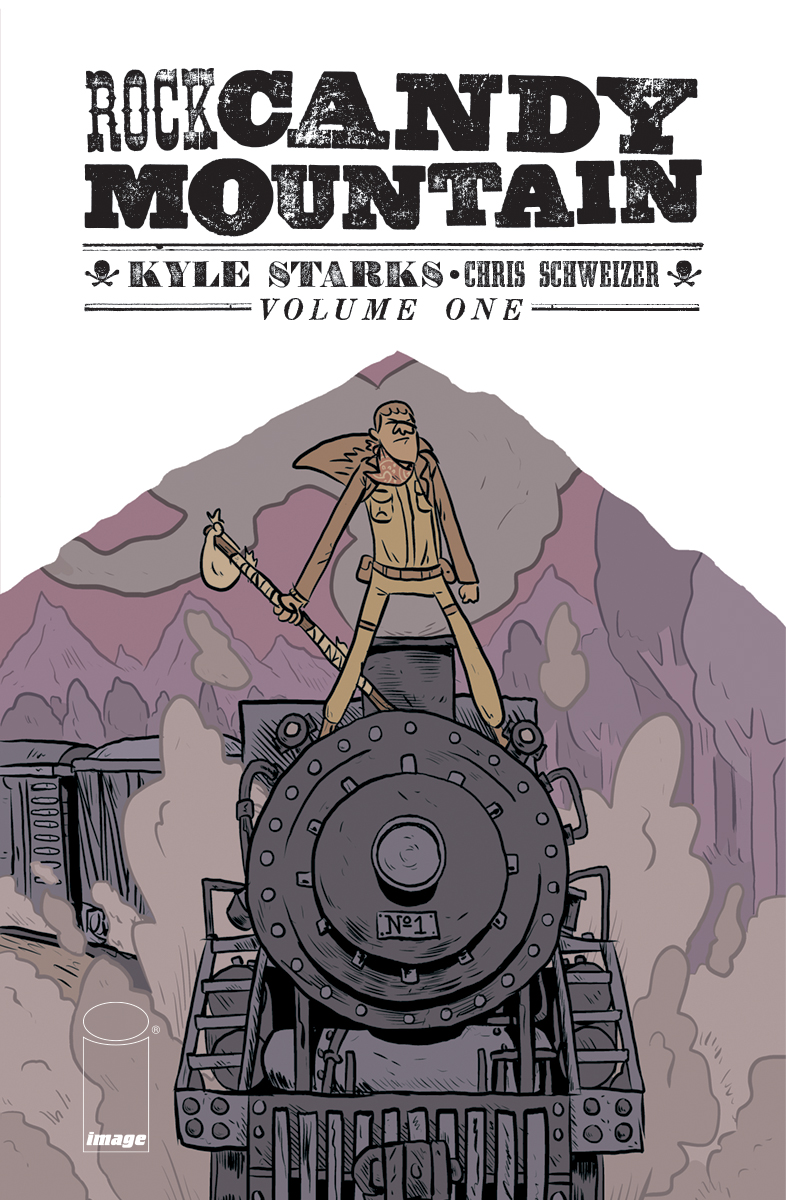