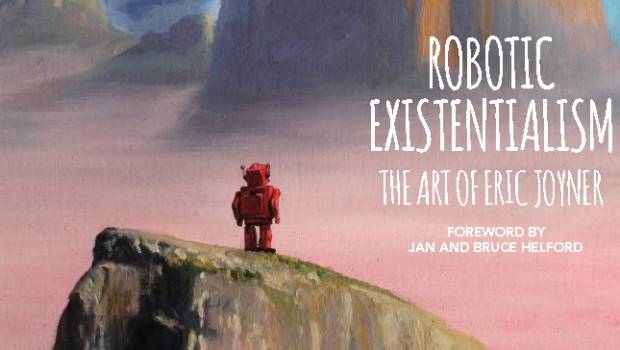 Summary: Perhaps Androids don't dream of electric sheep after all... perhaps they dream of donuts, big and small.

I may not know much about art, but I know what I like. It’s a statement often used (sometimes in jest as much as anything) and typically fills the void when it’s too hard to explain why you like a given piece of art. It may be required for many who view this book. It’s also probable that you are either going to like it or just be so confused regarding the subject matter that you pass it by and move onto something more “you”. But for me… I liked it. 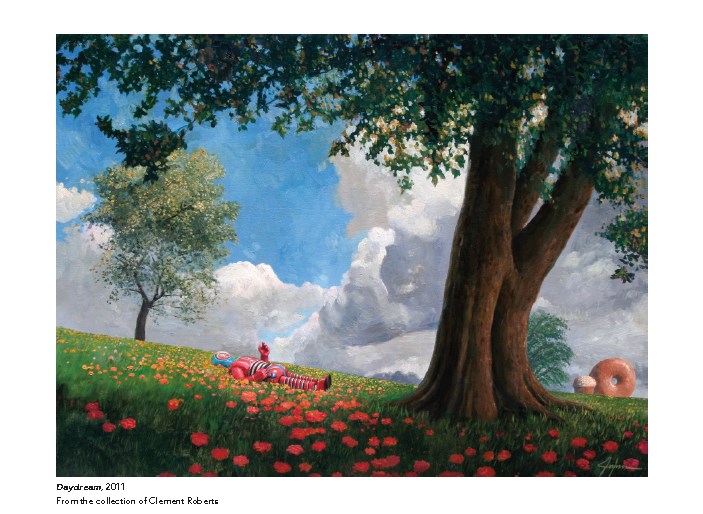 Surrealism has been around for decades and spans a wide range of themes, from Dali’s famous melting clocks to Rene Magritte’s bowler hatted characters and many wild and crazy visages in between. Eric Joyner throws a bit of pop culture… or pop art really into the mix. Landscapes, portraits and the like that would stand perfectly well on their own, take on a totally new meaning when infused with robots and frequently donuts! The robots themselves are typically very familiar, drawing their influence from things such as Rock em Sock em Robots to Lost In Space and any and all other robots that have littered our collective unconscious for years. But these very familiar metallic characters now find themselves in odd places… well the places themselves aren’t odd… but the robots presence in those places is odd. 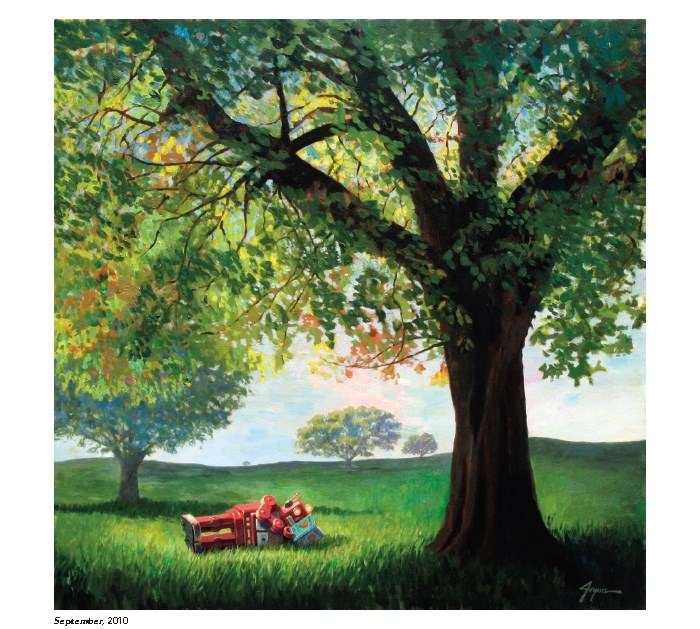 The scenes come across as perhaps what children playing with their favourite robot might envisage their play area to be. A cityscape with a bakery, the robot protagonist casually doing their shopping. Or a giant chasm in a rocky landscape, the perfect place for a robot daredevil to try and launch their motorbike from one side to the other in a feat of daring do. The art can all certainly be enjoyed on this simple playful level… or you can take a cue from the title and delve deeper. What are the lives of these robots like? Do they have purpose if they are no being used for the amusement of others? Given the origin of the word robot (from the Czech “forced labour”) what does it mean for a Robot to be in control of it’s life, to answer to no one? Much to Mr Joyner’s credit, there are scenes in which the robots seem to express emotion… not easy for things that are typically shown as not having personality let alone feelings. Sometimes using what facial characteristics are available and other times simply using clever tricks of light and shade to imply feeling, there are certain images that may well have you feeling sad for our tin toy chums. 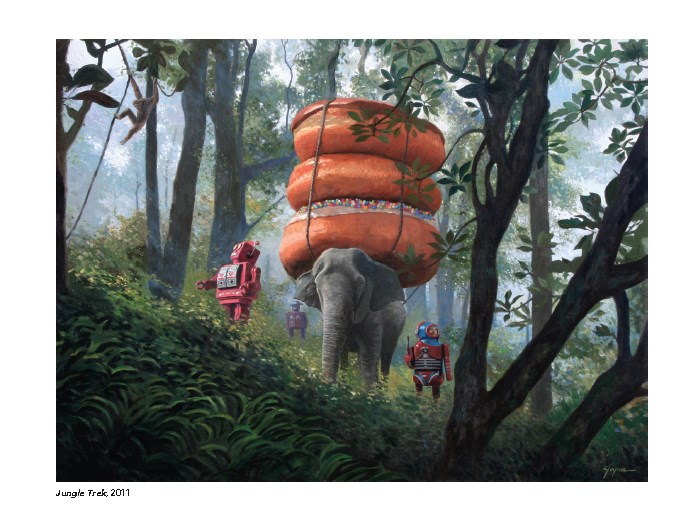 It’s quite interesting when looking at Eric’s art to think of how much of a difference it makes replacing humans with robots (and in some cases simply putting the two together but in an environment in which they are peers rather than “master and slave”). A scene of a robot who is apparently in an alcoholic coma in a doorway is both familiar and yet wholly different to what we are used to. It’s not too hard to fall into a sense of unease, as if you’ve fallen into an episode of The Twilight Zone and you are the only person left on earth, everyone else both past and present and depicted in all visual forms has been replaced by robots. Life continues as if nothing has changed and yet robots are everywhere… but at least there are still donuts. 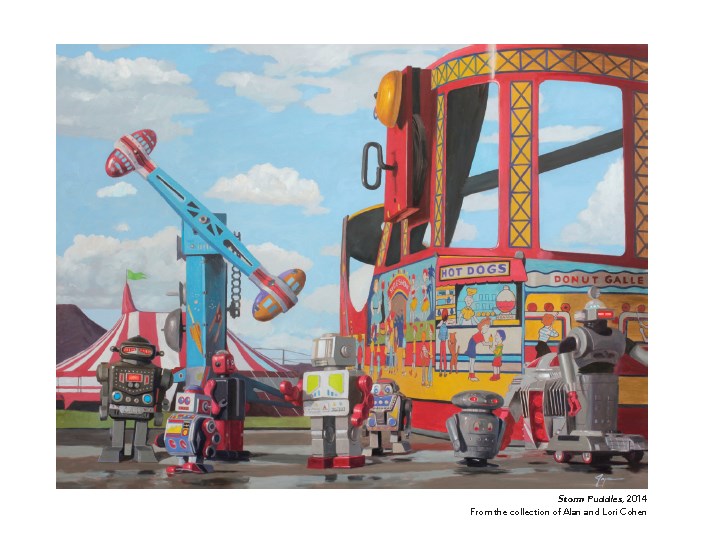 It’s a fun collection of images that may bring back some feelings of nostalgia as you recognise some of the robots depicted… or just that sense of fun from playtime as a child. If it tickles your fancy then by all means dive right in… if the image on the cover doesn’t appeal… there’s a good chance the rest won’t either. This fills that gap between wanting to look at some “traditional art” and wanting to see something a bit out of the ordinary.