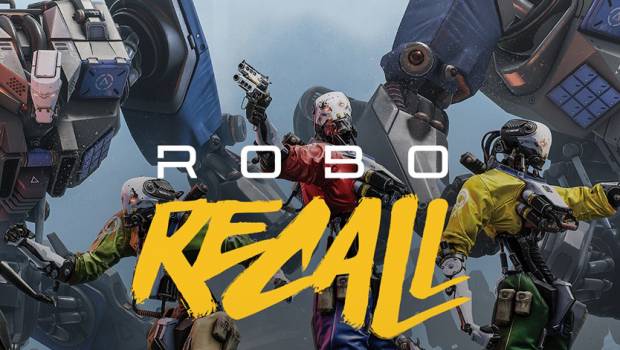 Summary: Robo Recall brings on the sci fi action that feels both familiar and comfortable while throwing in some nice newness to an Awesome VR adventure.

Played and reviewed on the Oculus Rift Version.

Robo Recall is an older game that offers so much I am surprised we did not cover it when it first came out. This game defines VR; Robo Recall has the look and feel of an arcade game with all the pomp and circumstance of a wave shooter. Strapping on your Oculus head set brings you into this sci-fi world.

The plot visited many times before in sci-fi books movies comics and television shows. Humans make robots; robots soon get a higher intelligence leader then it emancipates the robots.

Of course, this includes the robots becoming violent to the human oppressors.

This is where the player comes in. They seem to be the only agent at the Robo Recall offices. Much like the film Blade Runner, the Robo Agent player now tasked to recall the Robots that are running amok across the city. 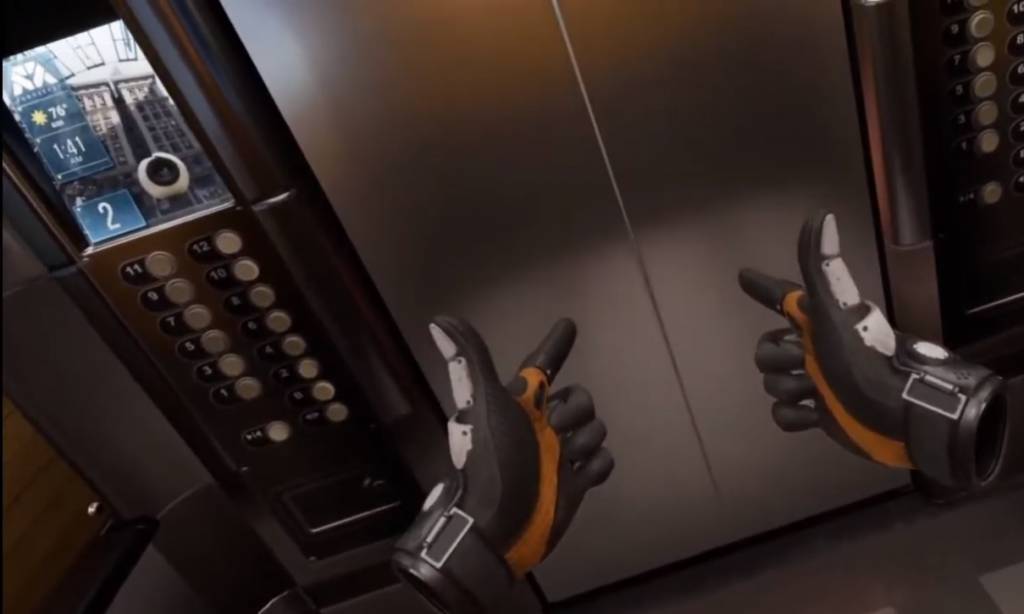 The player has their own A.I. who talks them through the adventure and which strangely enough not effected by whatever is going on with the other A.I and Robots. Possible plot hole, but the game is so much fun I tend not to dwell on it.

A first introduction at the offices gives you a fast run down of the abilities. Including being able to grab onto grab points on a robot and either hurl them or dismantle them (Pull them apart).

The offices are where you also upgrade equipment or try weapons out with electronic targets before you go out into the field. Here to, you will also pull up a map of the city with available missions. Once you went through a mission, you can try the area again to gain more points. 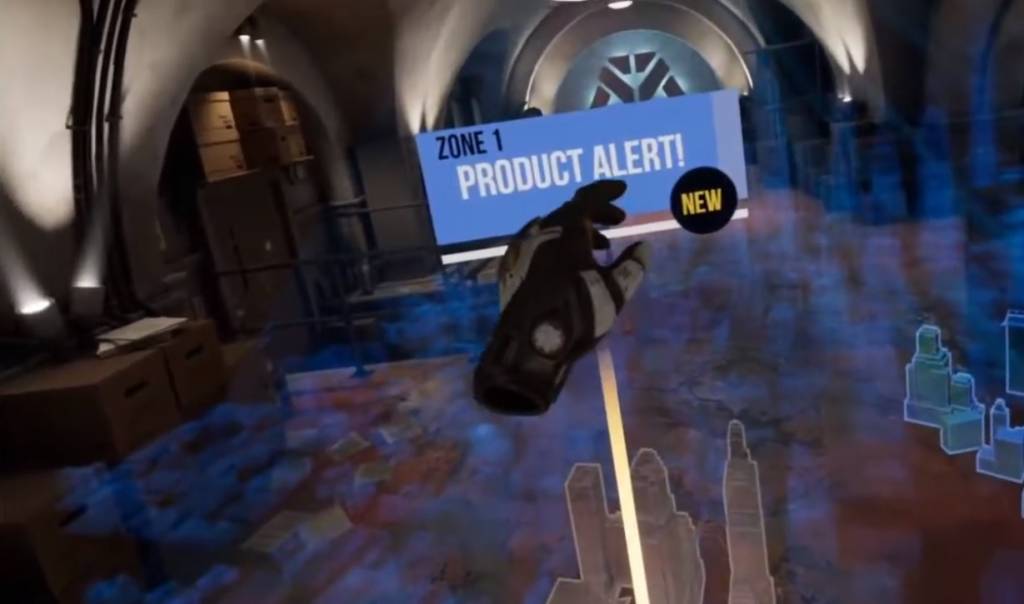 Missions are straight forward some just clear an area, which is a blast unto itself. Then the bit harder section are protection. This is when you turn on a sensor to gather data and have to protect it from the Robots who are hell bent on destroying it. The clock is ticking and you have to protect the sensor until the time runs down.

The other mode which can be a bit more difficult is gathering functioning robots and throwing them into a vortex teleporter to be studied. This is where the players’ abilities to move around and grab robots comes into play. This mode can be intense and the clock is ticking in this one. You have to recover a certain amount of robots to be successful.

Throughout the game missions, we discover other ultra-cool things that we as the agent can do in the middle of combat. 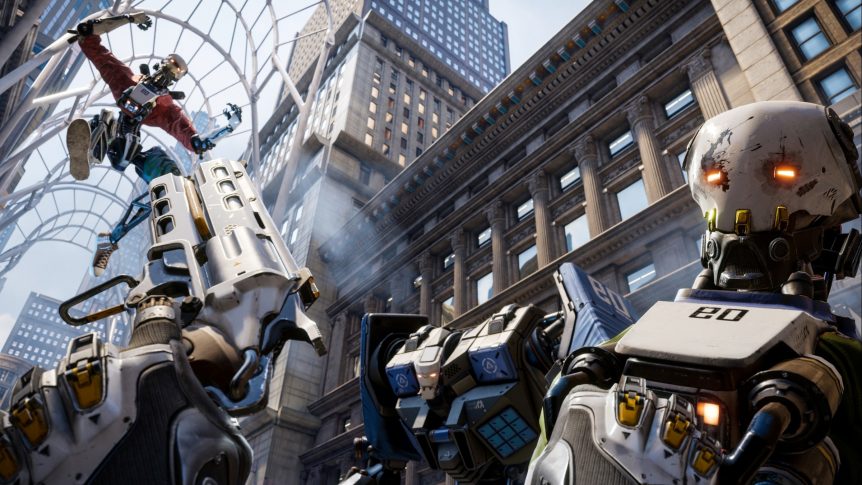 We were introduced to grabbing and ripping robots apart early on in training. We can grab a robot, rip them apart, and even use them or the parts as a club against other robots. Do not be so fast to discard a robot once you grab them. If things are hot and heavy and enemy are firing on you, using the robot as a shield is an excellent tactic.

There is something even more satisfying that the players agent can do. Grabbing rockets that were fired at them and hurling them back, or grabbing bullets from the air and throwing them back. The player can also deflect gunfire by batting bullets and shotgun pellets with the guns they have in hand.

The bullets and weapon fire slows down in time ala to simulate the players badassery of moving so fast time seems to slow down. 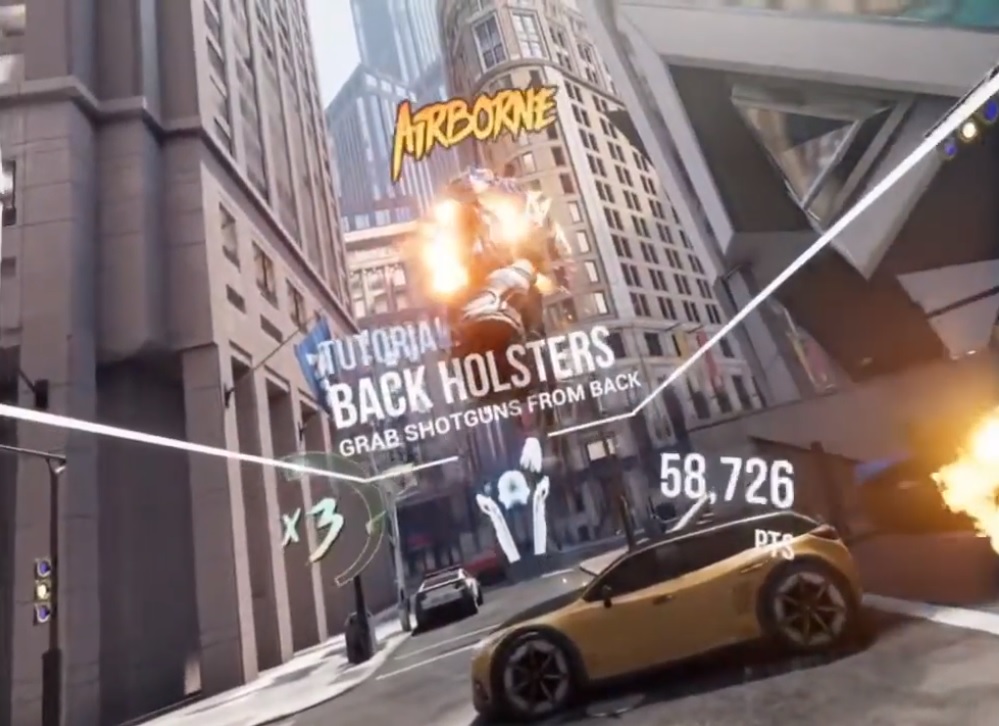 The humor in Robo Recall is chuckle worthy with moments of grabbing extra points for shooting a robot in midair. They bounce up and you are able to fire off several rounds and juggle them with the impacts of the gunfire.

Blasting some robots will have them shouting out. Why?  As if to ask why this is even happening to them. Combat from hand-to-hand, on to weapons is very satisfying.

This game really takes full advantage of the Oculus Touch controllers. Paired up well there is no lag between events in game and motions and commands from the controls. In fact, the Oculus Touch controls just feel so natural especially in all the gun battles. Do not be surprised if you find yourself striking different gun action poses as you are exchanging fire with your robot enemies. 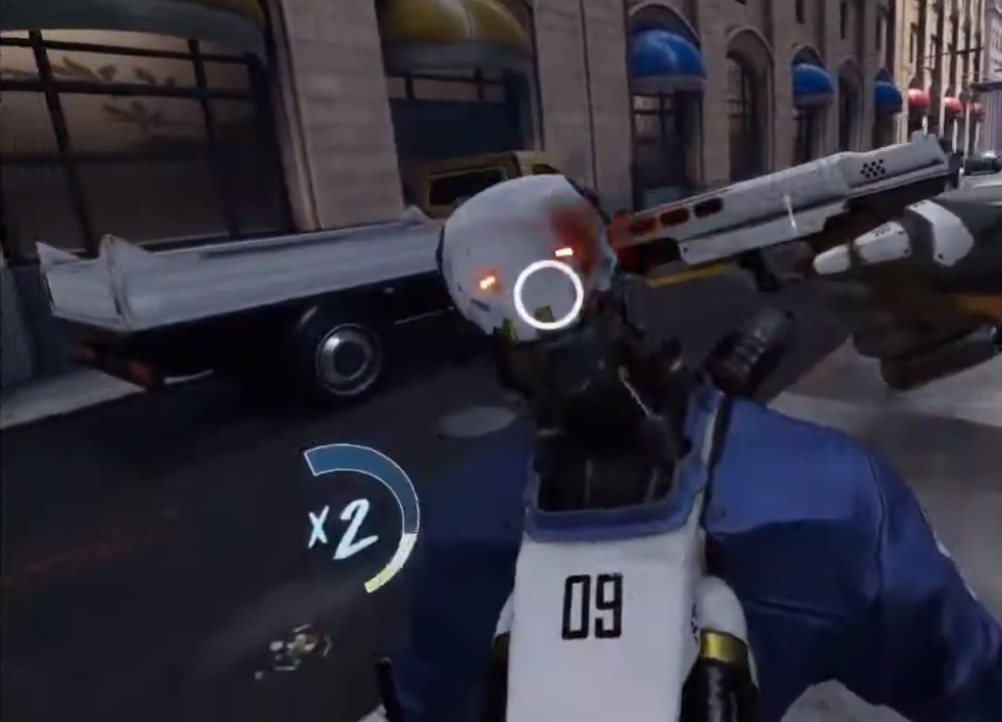 The dreaded VR motion sickness is handled rather well in Robo Recall. The game opts to use a transport to designated spots with the controls. This works surprisingly well. Even in the middle of frantic combat.

It’s just a matter of pointing to the spot and orienting the arrow in the direction you want to be facing on moving to that spot. So paying attention on where the enemies are is paramount.

If you are not used to movement by transporting, I would strongly suggest practicing in the offices before heading out to a mission. Some missions have larger bosses that will require strategic movement around them during battle to defeat them. 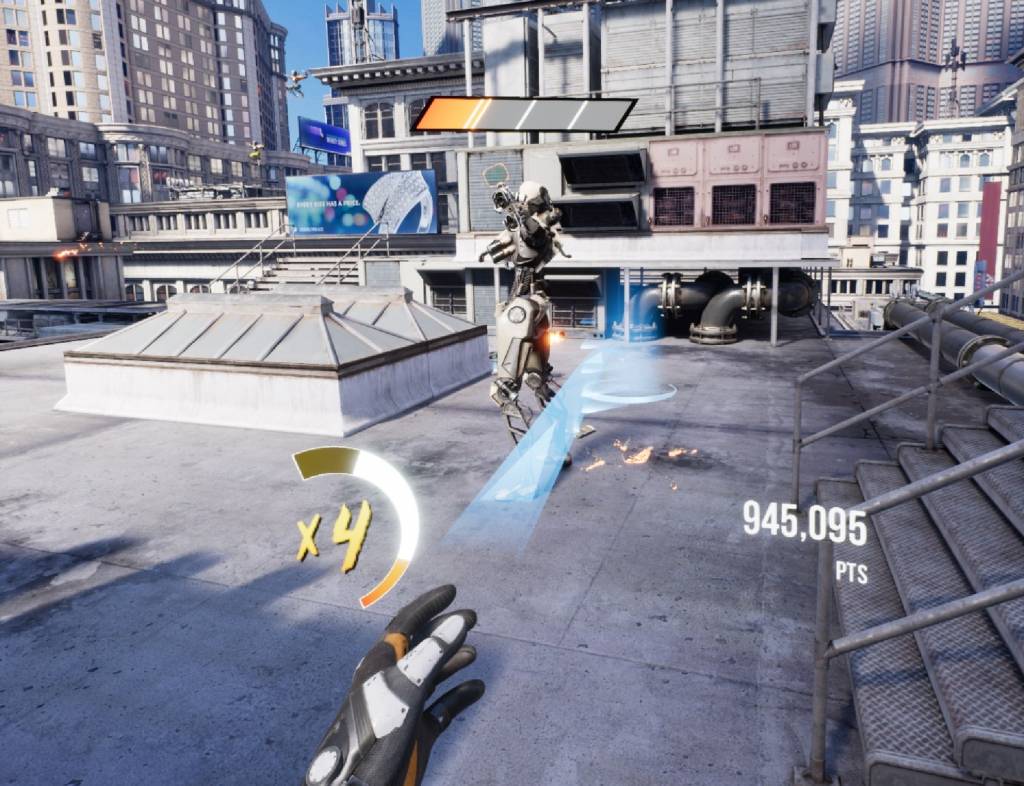 The only time I had a few disorienting moments in game was battles on rooftops when I transported too close to the edge of the roof. Looking down caused several real life wobbly moments as I fought not to fall over in real life. No worries really. I chose to play the game standing; you can play it sitting also, though I found immersion was greater from a standing position. 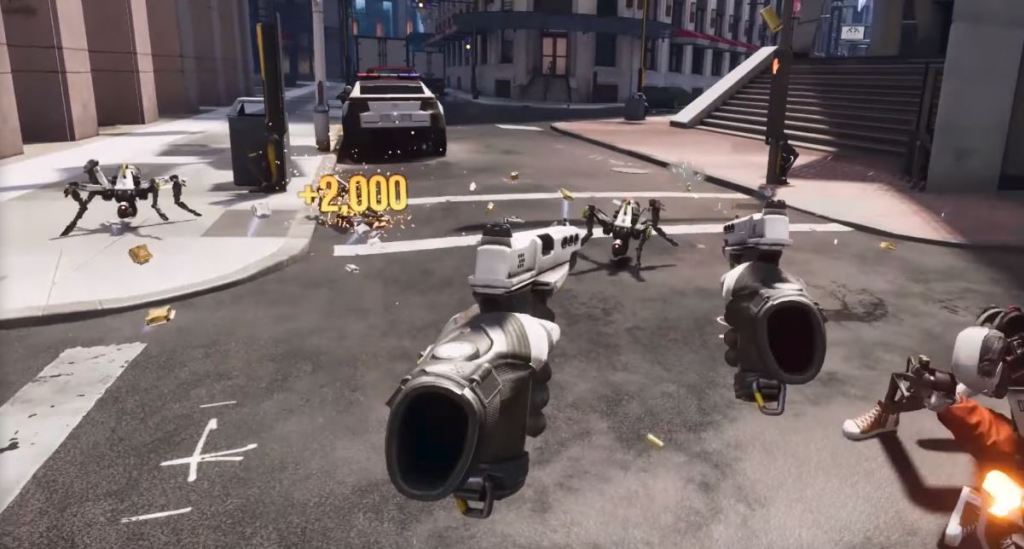 Robo Recall is a right good time. With enough of that gamer humor to give you a smile. Just enough challenge on levels to keep it interesting.  I can suggest checking this game out because I still fire it up and play to this day. Truly Marvelous.