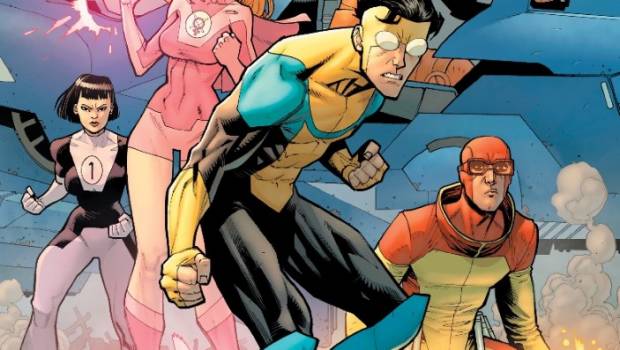 Robert Kirkman’s superhero comic book-turned-TV series Invincible is getting a new cover from series artist Ryan Ottley and colorist Nathan Fairbairn, just in time to celebrate world premiere of its animated series. The limited edition re-release of Invincible #1 shows off the Teen Team, including Mark Grayson, Atom Eve, Robot, Dupli-Kate, and Rex Splode. The issue also features exclusive behind the scenes images from the upcoming series.

Based on the Skybound/Image comic book of the same name, Invincible premieres on Prime Video on Friday, March 26, and follows a teenage Mark Grayson whose father is the most powerful superhero on the planet.

Invincible is by written by Robert Kirkman, with art by Cory Walker and Ryan Ottley. 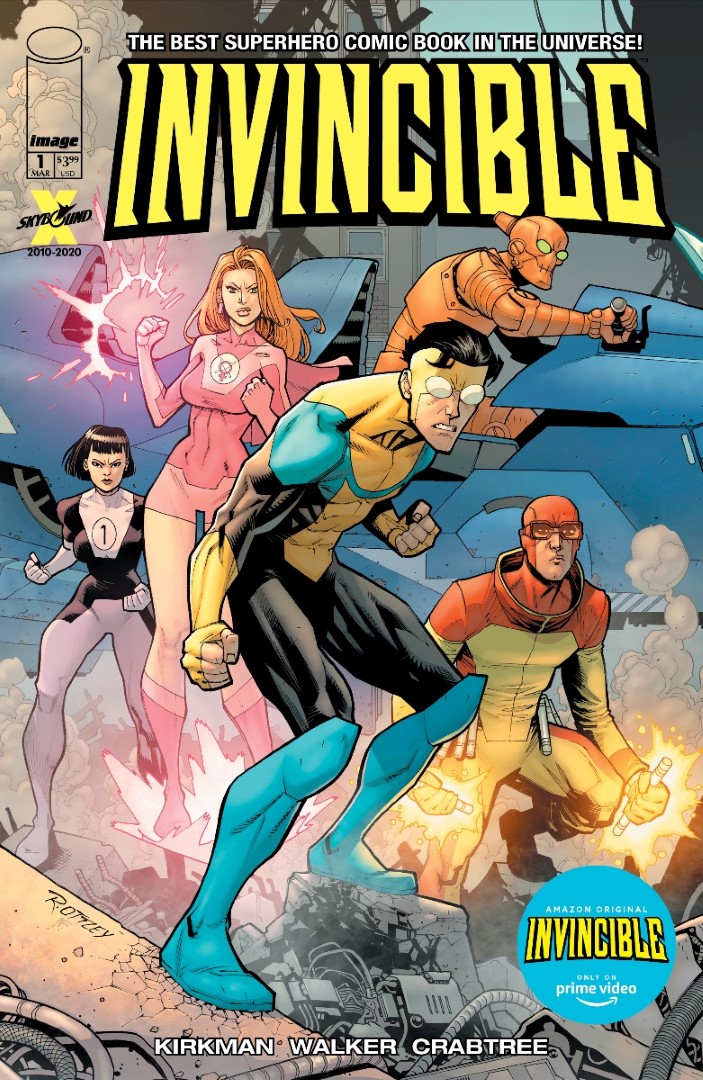