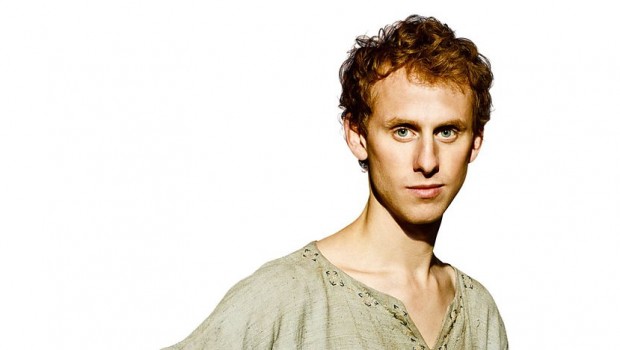 Pythagoras is a renowned character – how did you get the part?

I got a phone call from my agent to say that a script had come through from the producers, Johnny (Capps) and Julian (Murphy) and I went in to meet them about four or five times, including a chemistry read with other actors. I was one of the first actors to be cast, so after I heard, I carried on coming in to read with other actors during their auditions which was really nice as I could be relaxed as I already knew I’d got the part. I was so chuffed to get the news, as it’s such a great role for me and opportunities like this don’t come along every day – plus there was a great dynamic between Jack, Mark and I from the start.

Are there any similarities between Pythagoras and other characters you have played?

There are maybe a couple of characters that I’ve played before that have similarities. In Mirror Mirror, I played Prince Charming’s side kick Renbock, who was pretty dandy, hapless and innocent. Other than that I’ve tended to play the complete opposite! I’ve played gritty hard characters, generally tough people. This is probably the first innocent, genuinely nice person I’ve played. I’ve been really lucky as an actor I get to play lots of different roles. It’s definitely great to play a lovely person and with Pythagoras, what you see what is what you get. Hopefully this will make him very likeable to the audience.

How did you go about preparing to portray such a well-known figure?

Well, as with the rest of the show, the depiction of Pythagoras is not totally accurate. Elements of characters and myths are borrowed and patched together to make our story. I didn’t want to do too much research in case not all that I found applied to the scripts, but I did look into him and found that he was also a philosopher who also had an interest in music and the stars. I also found out that he had a cult following. I tried to look into his head to see what makes him tick. My Pythagoras is more centred on the maths and I’ve now learnt his theorems just in case people ask! 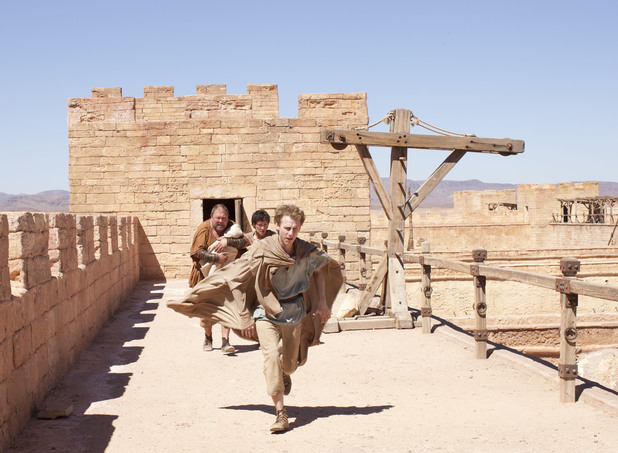 How would you describe him?

Pythagoras is a loyal and trustworthy friend. He’s very innocent and has an amazing thirst for knowledge. He is a real problems solver and heroic in his own way, he supports his friends and grows as a character through the series. The three boys find themselves in some dangerous situations and through the adventures they go on, Pythagoras has to push himself forward and out of his comfort zone. He may not be the strongest, but his brain and common sense helps them all and he gets through it by knowing that his two great friends are at his side.

Atlantis looks like so much fun to film, how’s the experience so far been for you?

It’s been amazing. We’ve had a really good laugh. I don’t think I’ve ever laughed as much on a job before. We’ve also got the best crew I’ve ever worked with. Also the creators Johnny (Capps) and Julian (Murphy) are so warm and I felt an instant bond with them.

There’s lots of humour in the scripts, does it help that you, Mark and Jack all spend so much time together and have become close?

We’ve spent so much time together over the last six months – we’ve eaten three meals a day together every day since April and have apartments in the same block! We’ve developed a brilliant relationship and I’d say that a lot of the humour comes from the three of us playing and mucking around together. Obviously it’s all in the scripts too but we definitely try to bring lots to it and we can only do that because we all get on so well with each other. As well as that, we trust each other, which is so important as we feel comfortable trying different ideas with the characters. 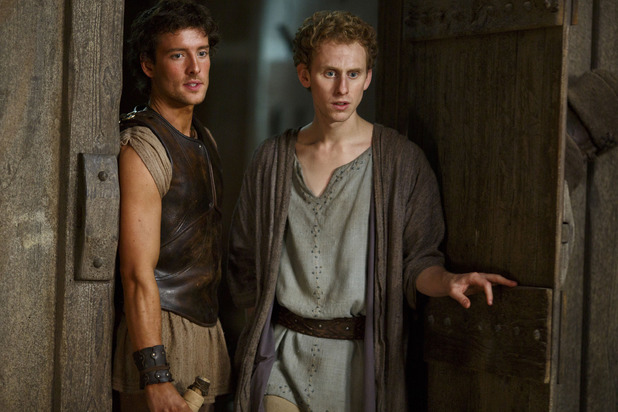 Loads of things have happened and most of which I can’t say! One of the funniest things I can remember was when we were in Morocco and Jack, Mark and I were doing a scene that was quite serious and the end of an episode. A supporting artist was supposed to walk past us, but got it wrong and ended up walking into the middle of the three of us. He didn’t know what to do and we were obviously still rolling, so the three of us just gave him a massive bear hug.

Are you looking forward to the first episode going out, who will you watch with? 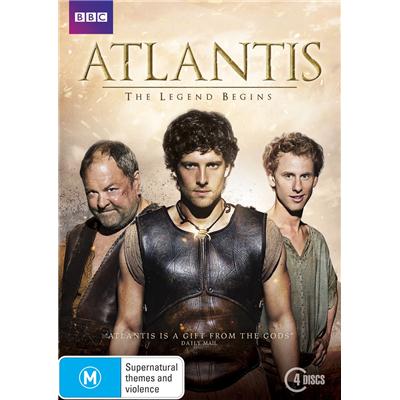