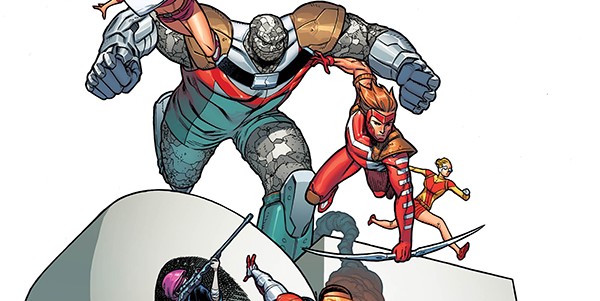 The all-new Youngblood #1 is rushed back to print!
Image Comics is pleased to announce that Rob Liefeld’s YOUNGBLOOD #1 with writer Chad Bowers (X-Men ‘92, Deadpool: Bad Blood) and artist Jim Towe is being rushed back to print in order to keep up with the overwhelming customer demand.

YOUNGBLOOD #1 is part one in the all-new story arc “Reborn” to which Bowers and Towe lend their fresh story and artistic spin.

“There is a certain satisfaction at putting creative teams together and watching them conjure magic,” said Liefeld. “When I paired Chad Bowers with Jim Towe, I could feel that special spark and with 5 issues and counting I am nothing short of amazed at the content they are creating! The first day sell out of Youngblood is Chad and Jim’s achievement and I’m so proud of them and the work they have created. Strap in for a crazy ride because as I look over the 120 pages gathered across my inbox I assure you that there is much more magic to come!”

Twenty-five years ago, YOUNGBLOOD launched the Image Revolution and turned the comics world on its head. Now the original blockbuster hit series returns with an all-new cast and a brand-new mission! When a young hero goes missing, his friend’s search for answers leads to some unexpected allies. Together, they’ll do whatever it takes to find him…even if it means resurrecting the world’s most infamous super-team.

“An excellent first issue that introduces things well and is going to be a hit with readers who like character dramas.” —AiPT!

ComicBook.com’s “5 Comics You Should Read This Week”

“Issue one has done well in giving us a peek of the new, and a glimpse of the past. The brief foretaste of the future of Youngblood Reborn feels quite promising.” —Big Comic Page

“Towe’s art is appropriately fun and while it’s a far cry from where this property began, that’s completely necessary for the title to move forward. You have to give Liefeld credit for putting his properties in the hands of creators who don’t want to wallow in nostalgia for too long. The creators have indicated a willingness to go beyond the stories that have already been told and the back-up story itself already drops a potentially big hint for the future.” —Newsarama 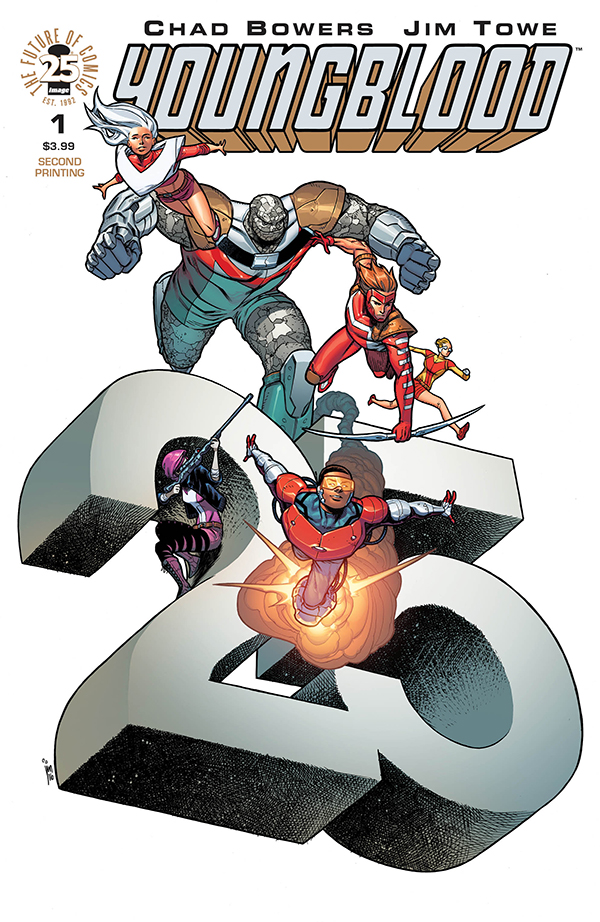