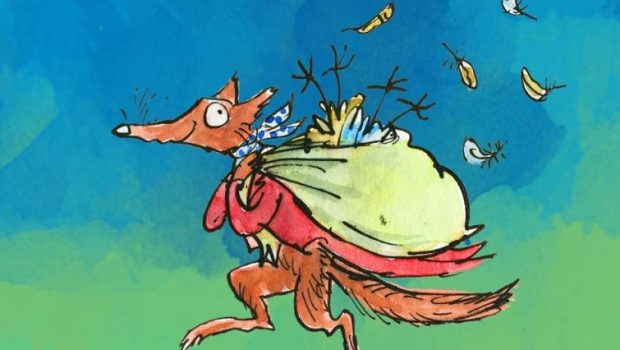 Roald Dahl’s much-loved Fantastic Mr Fox leaps off the page and onto the Playhouse stage at Arts Centre Melbourne from 1 – 4 December 2021 in a “jaw-droppingly”, visually-spectacular, critically-acclaimed production for the whole family.

Mr Fox lives in the wood, under a hole, under a huge tree with Mrs Fox and their small Fox family. Every night, Mr Fox leaves the hole to steal food from three horrible farmers – Boggis, Bunce and Bean – one fat, one short, one lean.

The three greedy farmers concoct a plan to catch Mr Fox, but no-one outfoxes a fox. When Mr Fox needs to save his family and friends, he’ll go to any length, above or underground, to outwit the mean humans.

This summer join Mr Fox and his team of furry friends as they bounce, burrow and bewilder their way to safety.

shake & stir theatre co’s Artistic Director Ross Balbuziente is excited to direct another Dahl favourite, a story he himself has read countless times.

“This is epic theatre for young people – actors interacting with full-stage animation on a huge 12-metre-tall set that houses a big bag of theatrical tricks – it’s thrilling, cutting-edge theatre for young and old alike,” said Balbuziente.

“The story has all the trademark grit, wit and grotesque deliciousness we have come to expect from Dahl and it features three of his most hilarious meanies – Boggis, Bunce and Bean. At the same time, the beating heart of the story is the importance of friendship and family and the reminder that when we work together, anything can be accomplished. It’s a passion and joy for us at shake & stir theatre co to take Dahl’s quintessential books and create reimagined theatre works of scale, for families of every age, shape and size to enjoy.”

With impressive set and costume (Josh McIntosh), lighting (Jason Glenwright), composition and sound (Guy Webster) and video design (Craig Wilkinson), Fantastic Mr Fox has been revered as a visual and aural feast that transports audiences deep underground and back to the earth’s crust in time for dinner.

shake & stir theatre co’s Roald Dahl productions have been seen by over 200,000 people across Australia and New Zealand and have played sold out seasons at the Sydney Opera House, Arts Centre Melbourne, QPAC, Canberra Theatre Centre and Heath Ledger Theatre Perth to name a few.

You’ve read the book, seen the movie – now experience the eye-popping stage adaptation from the wacky mind of the world’s number one storyteller. Fantastic Mr Fox is suitable for ages five and up.

“A masterpiece of combining live performance with animation” – Courier Mail