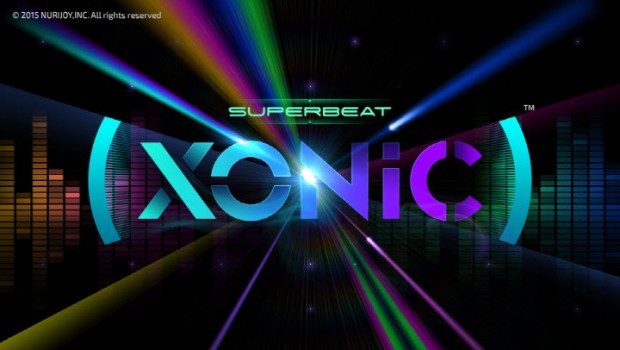 September 2015: Brace yourself for a barrage of furious beats because Rising Star Games and PM Studios have come together for a block-rocking duet! As a result of this new partnership, RSG can confirm that SUPERBEAT XONiC – a brand new rhythm action game from PM Studios’ much celebrated BEATCRAFT series – will be coming to ANZ this Spring, exclusively for PlayStation®Vita.

Offering over 50 unique tracks, multiple play modes and a completely new interface that makes use of the PS Vita’s touchscreen capabilities, SUPERBEAT: XONiC is a revolution in rhythm action gaming. High-speed intuitive gameplay mixes with a spectacular soundtrack featuring both popular songs from the BEATCRAFT series and all-new tunes, while local and worldwide leaderboards let you pit your talents against players around the globe. Jump in the laid-back beats of 4 TRAX mode, then ramp up the challenge and try to keep up with the frantic rhythm of 6 TRAX and 6 TRAX FX before experiencing endless gameplay with Freestyle mode.

The team at PM Studios is the creative force behind DJMAX Fever, a widely-acclaimed rhythm action title for the PlayStation Portable system released in Europe in 2010. Now, they have crafted an even more innovative and interactive musical experience in SUPERBEAT: XONiC – a game that’s guaranteed to rock players’ worlds!

“I’m extremely excited to work with my former colleagues and create what I feel is the spiritual successor to DJMAX – we’ve been listening to the fans and decided that the Vita was the best platform for our players,” said Michael Yum, CEO of PM Studios. “I’m also very honoured to work with the talented folks at both Nurijoy and Rising Star Games on this new endeavour. With the former DJMAX developers at both PM Studios and Nurijoy doing what they’re best at and by allowing RSG to help us bring this game to ANZ, I’m sure we can give everyone something they can really enjoy.”

More information and details about SUPERBEAT XONiC can be found on the game’s website: www.superbeatxonic.com