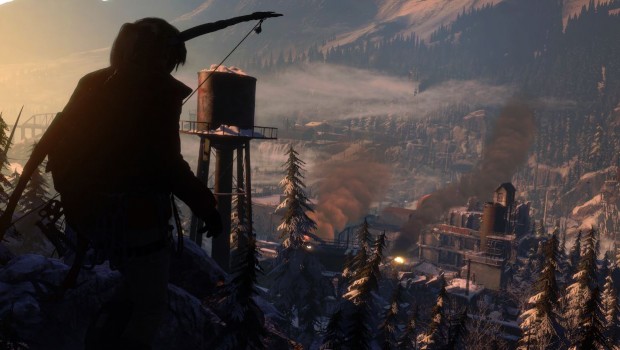 After uncovering an ancient mystery, Lara must explore the most treacherous and remote regions of Siberia to find the secret of immortality before a ruthless organization known as Trinity beats her to it. Faced with the mysterious Remnant leader Jacob, the constant threats of Trinity’s leader Konstantin, and driven by her Father’s unfinished legacy, Lara must become the Tomb Raider she is destined to be. To date, Rise of the Tomb Raider has received 64 “Best of” nominations and won 27 awards; now leads the DICE awards with 9 nominations; and, is one of the highest rated titles of 2015.

The highly anticipated PC release is enhanced with new technical features to create an even more immersive experience. By partnering with NVIDIA, Rise of the Tomb Raider will utilize a very high-end ambient occlusion technique, HBAO+ that reduces artifacts and produces richer and more detailed ambient lighting. Objects and buildings are significantly enhanced at farther distances thanks to the increased geometry processing power in PC. The beautiful yet hostile environments come alive with new weather effects and dynamic foliage that reacts to Lara’s movements.