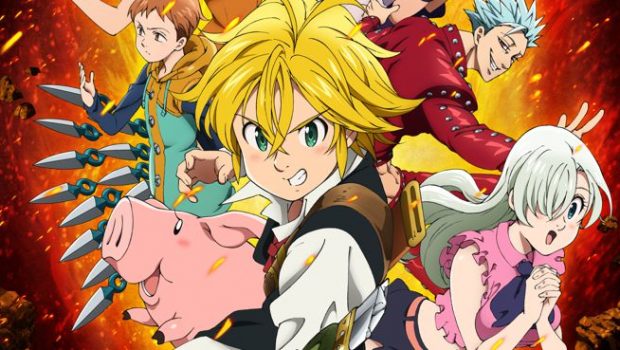 THE RISE OF A LEGEND BEGINS WITH THE SEVEN DEADLY SINS: KNIGHTS OF BRITANNIA

“The Seven Deadly Sins: Knights of Britannia contributes significantly and increase the value of our Anime line-up,” says Antoine Jamet, Brand Manager at BANDAI NAMCO Entertainment Europe “We are confident that all the anime lovers and fans of The Seven Deadly Sins will be amused to join the journey and rush into the battle”

The Seven Deadly Sins is a legendary gang of rebels who have been blamed for overthrowing the Kingdom of Lionesse and are hunted by elite guards called Holy Knights. When a young girl appears, with an earnest wish in her head and a determination to find The Seven Deadly Sins, the world gets turned on its head and an extraordinary adventure begins!

The Seven Deadly Sins: Knights of Britannia will be available in the Europe in early 2018 exclusively on the PlayStation®4 – both digital and boxed with EFIGS localization.