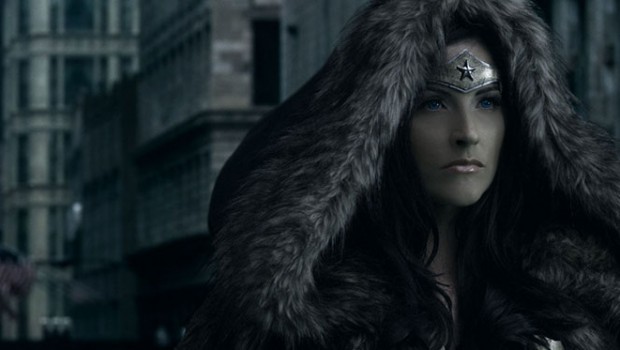 It’s time for another Rileah Vanderbilt Interview… this time as Wonder Woman!

Welcome (again) to Impulse Gamer Rileah and we’ve noticed that you’ve been a very busy member of Team Unicorn (albeit solo), especially in relation to a certain DC Comics Character.

[The Amazon warrior from Themyscira does battle with men and monsters in this short project from Rainfall Films. Starring Rileah Vanderbilt, the film was a passion project for all involved; a unique take on the DC superhero beloved and respected around the world.]

How did you get approached by Rainfall Films to star as Wonder Woman?

I first got approached to do this through my husband actually. Sam Balcomb or director contacted him to see if I’d be interested because Adam my husband was working with Joe Lynch who was working with Sam on ‘The Truth about Journalism’, a Venom fan film. Hollywood is very incestuous that way;) Sam got the idea to cast me because his wife was a fan of Team Unicorn and recommended me for the part.

Were you a fan of the character before starring as Wonder Woman?

I’ve always been a fan of Wonder Woman! I’ve loved her ever since I was a kid.

When we saw you in the Wonder Woman costume, we thought… Great Zeus (maybe a few more colourful expletives) and said not only do you look amazing as Wonder Woman but you were born to play Wonder Woman… and so do 600,000 other people as well. This number is growing exponentially too!

What did you first think when you saw yourself dressed as Wonder Woman?

Gosh, that was such a good day, haha! We had a pretty extensive fittings since everything was being made by hand. I remember the final fitting before we shot, it was the first time I actually put on the full costume. Seeing myself in it actually made me tear up a little. As a geek, it was just so emotional to see the costume done justice…I don’t even think I cried when I found my wedding dress! Huge props go out to Heather Greene our costume designer on that. She did a remarkable job!

What was your favourite part of the trailer?

FIGHTING MINOTAURS!! When do you get to fight Minotaurs in real life??

How do we get Warner to make this into a film with you as the star?

Haha! Well that’s a tough question to answer:) Obviously, I would love to play this role on the big screen and deep down inside I’m hoping that actually is a possibility but who knows. Maybe everybody just needs to write a letter, lol!

What did you husband, Adam Green thinks of the costume?

Have you thought about becoming a professional crime fighter now?

Wait, what? I thought I already was. Just saying you’ve never seen me and Wonder Woman in the same room together… 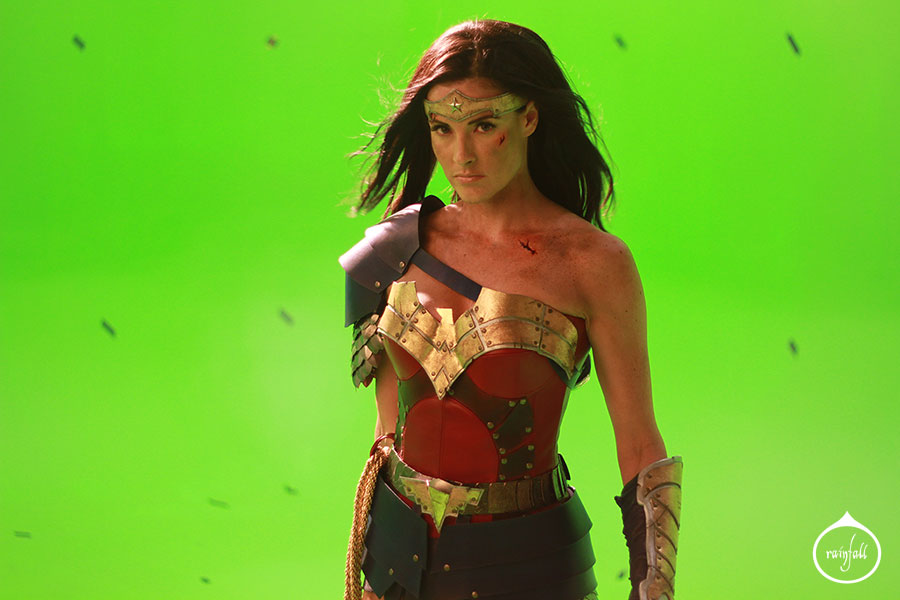 Was it a challenge to make the short trailer?

Thankfully, for this one I got to take my producer hat off that I usually wear for Team Unicorn projects and just be talent so I’m not really aware of how challenging it was to make. I can say as far as the character was concerned I felt like I really needed to make sure that I physically looked right for the role, so I dieted and worked out hard for ten weeks leading up to the shoot. It was really challenging not eating pie during that time. I love pie. 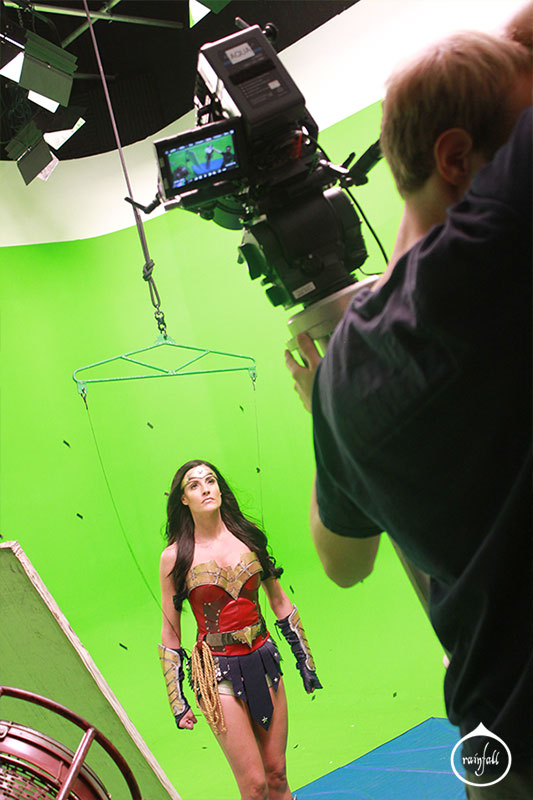 This is not the first time you’ve played a superhero, how did you become involved in Grayson: Earth One as Helena Bertinelli (aka The Huntress)?

I was approached by the director through one of his friends who was a fan of Team Unicorn. I really hope we get to do more episodes of that web series, that character is so fun! 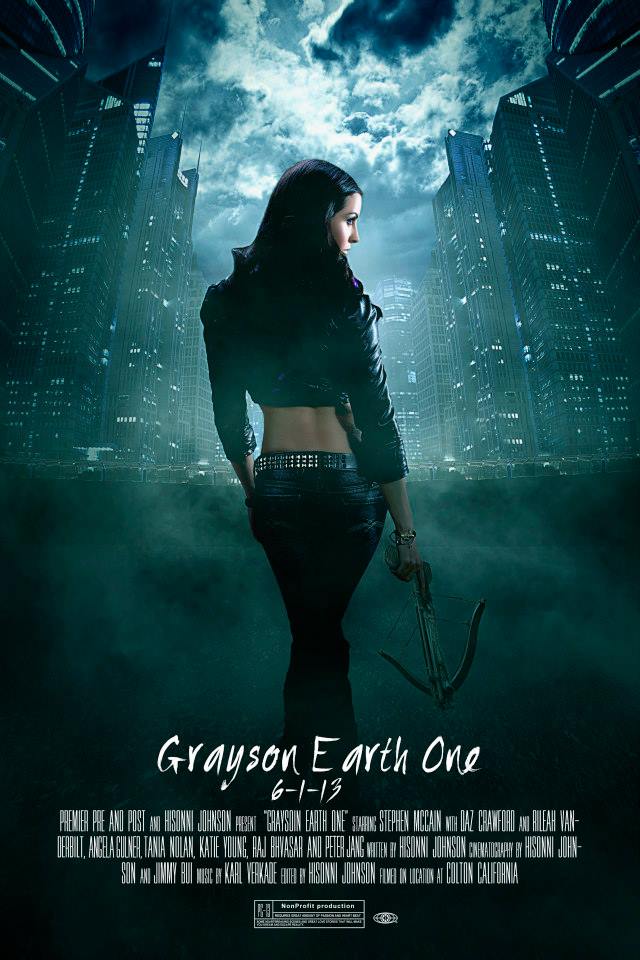 Tell us a little about The UniCorps?

The UniCorps if our Team Unicorn fan base. The whole point of Team Unicorn is to really spread the idea of inclusion not exclusion in the geek community. We wanted our fans to feel like they were just as important and a part of everything that we create as we are. It’s like the Lantern Corps but better;)

Lastly, have Disney approached you and Clare to help with the cleanliness of the Wookies in the new films yet?

Hahaha! No, and they probably won’t unfortunately. However, we are talking about doing a third and probably final Saber so stay tuned for that!!! 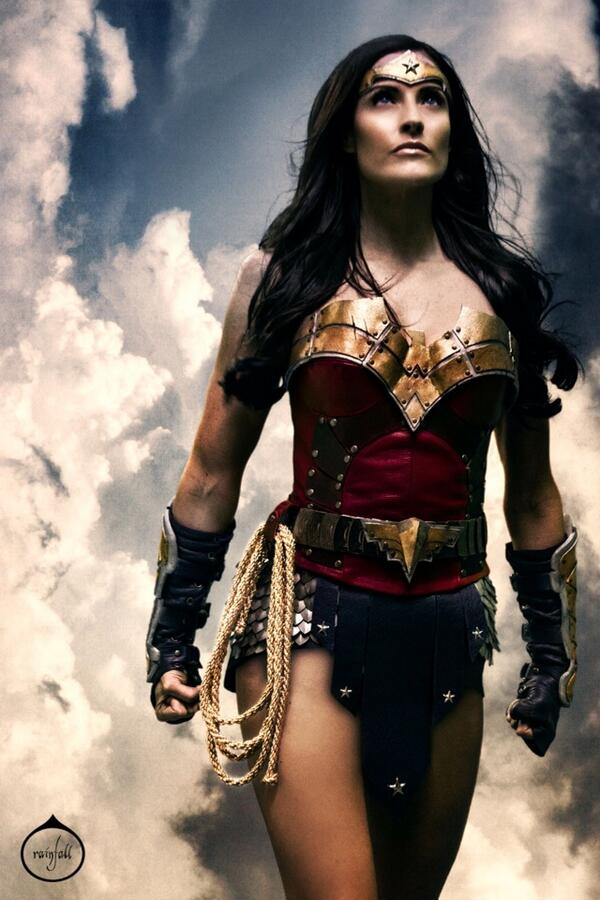 Thanks again for visiting Impulse Gamer Rileah! Good luck on all your current & future projects and let’s see that Wonder Woman Trailer go into the millions!