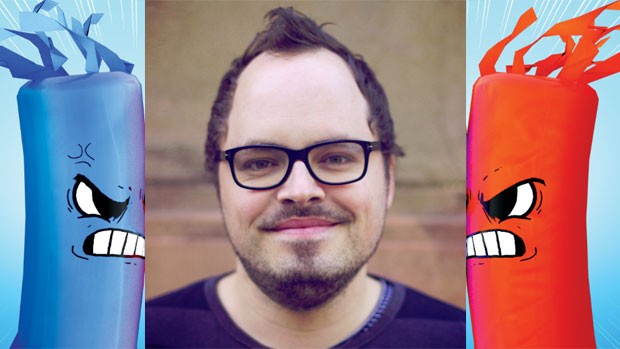 What are you most excited for about Pax Aus?

The indie pavillion is always the most exciting place for us – the big AAA titles at the show are awesome, but they’ll all be on our consoles or the front page of Steam soon enough. By comparison there’ll be games at the PAX Rising indie pavillion made by one, two or three person teams you might never get the chance to see again! It’s the place to go to be surprised and amazed. It’s also where to find us, chained to our Inflatality booth! 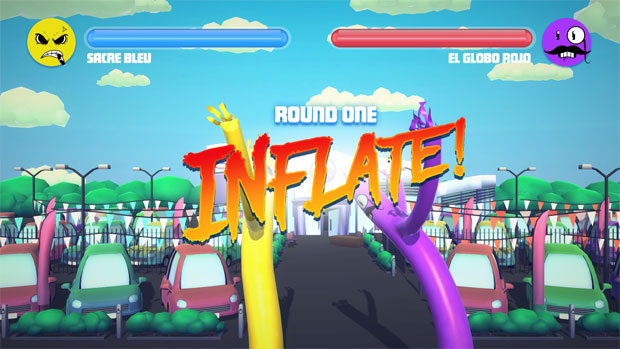 Tell us how you became involved in the gaming industry?

I’ve been making games with friends since I was 12-13 – then I caught a very bad case of Advertising in my 20s which took years to recover from. When I came out the other side, all I wanted to do was go back to game development. By then, the tools available to indies were incredibly accessible and pretty inexpensive. We exhibited at PAX for the first time last year, and that experience alone was enough to convince us we want to be in this industry forever.

On the indie side – Hand Of Fate is a masterful deckbuilder/action RPG hybrid that’s completely unique – it’d be my pick for indie game of 2015. On the AAA side I’d say Bloodborne. Happy to set up a direct debit between my bank account and From Software for the rest of my life.

What about all time?

Hahah… that’s an impossible question. Best game of all time is usually a game that stuck with you for bizarre right place/right time reasons, so in that sense it is (believe it or not) Paper Mario and the Thousand Year Door for Gamecube. Yeah. That happened.

Can you walk us through the development process of INFLATALITY?

It all started with my son telling me two inflatable wavers outside a car yard were fighting each other. As soon as he said that I thought it’d make an awesome game. We had the concept and draft artwork, but realised that a physics-based game like this needed some serious development skill and 3D modelling mastery – luckily we met the guys from DeepForge games who loved the concept, and were also privileged enough to work with 3D Wizard Yosha, who created all the 3D artwork. It’s been a really interesting collaboration. Lots of heated discussions and experimentation to get the controls fumbly and fun. We’re nearly there!

As a developer, what’s your biggest challenge?

As an Indie developer, the greatest challenge is getting noticed. When you have zero budget and the only investments you can afford to make is your own time, it’s tricky creating noise about your game. All indie devs are pushing their game up the same hill in that sense – in our experience making games hasn’t been the hard part – marketing games is the challenge. 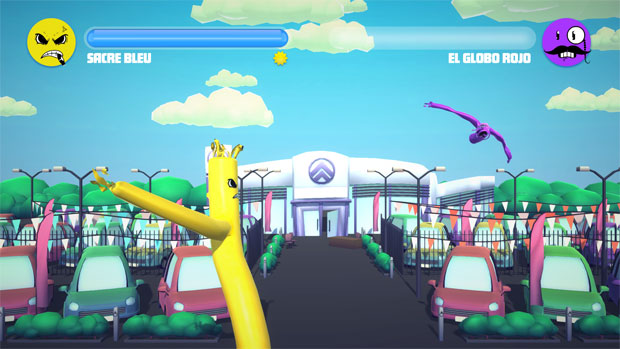 There are two great rewards – one is getting to watch people play your game and laugh, swear at each other, come up with their own strategies and tactics to win – nothing compares to the sheer joy of watching your game being played. The second great reward is the friendships we’ve made in the indie community. It’s very much a family – and everybody tries their hardest to lift each other up and help them succeed. I’ve never worked in AAA but I wouldn’t imagine the climate is quite the same.

In relation to INFLATALITY, what do you think your game offers that other titles don’t?

Well I don’t think you’ll find a versus fighter that’s crazier, sillier and just as downright fun as Inflatality. I think it’s the first time you’ve ever been able to control inflatable tube men in brutal combat – so that’s pretty unique? 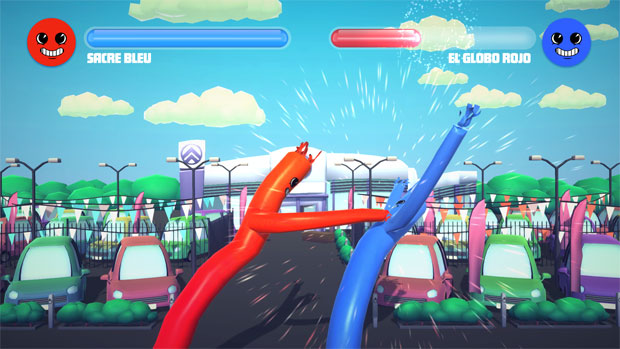 For gamers playing INFLATALITY, what should they be on the look out for?

To win at Inflatality, you have to move WITH the wind to maximize your attack. You can move your inflatable tube man and swing his arms, but true masters will use the wind to their advantage. Also go for headshots or combos to maximize your charge gauge – then you can spawn a super-weapon to dominate your opponent!

Our plan is hopefully to get Inflatality in front of some publishers and platforms at PAX and see who’s interested in helping us launch it. Then it’ll be a mad race to the finish line – the game is mechanically done, but there’s still loads more content to add. More battle arenas, more super weapons, more waver customizations and special moves! We can wait to launch it and see what the rest of the world thinks!