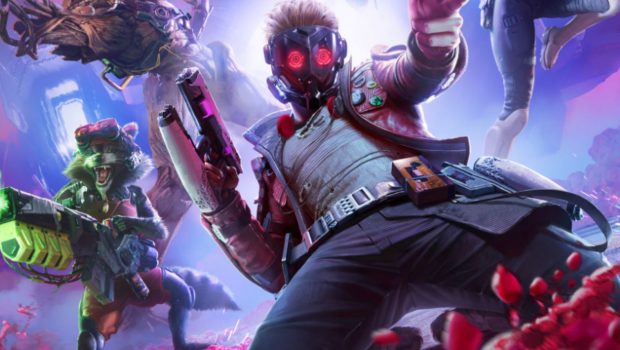 Rick Astley and video game developer Eidos-Montréal, a Square Enix studio, have released a video showing the ‘80s icon donning his quintessential quiff and tricking gamers into inadvertently becoming a victim of the classic meme. The video, created for today’s launch of Marvel’s Guardians of the Galaxy, puts Rick in the role of a mysterious hacker who develops a mischievous ruse to Rickroll players within the game.

Of his involvement, Rick Astley said: “For years I’ve been biding my time, patiently waiting for the perfect moment to take back ownership of the Rickroll. When I found out Never Gonna Give You Up was in Marvel’s Guardians of the Galaxy, it was clear this was the opportunity I had been waiting for!”

He continued: “In all seriousness though, I’m genuinely excited to be part of the game’s soundtrack, to feature alongside so many wonderful songs that defined a decade and have personally influenced my youth and musical career. With the game’s music focused on the ‘80s, I expect many gamers, particularly the younger ones, will be hearing some of the featured tracks for the first time. I hope these songs bring players the same joy and inspiration they gave me, and spur them on while they’re saving the Galaxy!”

Music is intrinsic to Marvel’s Guardians of the Galaxy, and Never Gonna Give You Up features alongside 30 other classic ’80s pop and rock tracks in the game’s licensed soundtrack, such as Mötley Crüe, Bonnie Tyler, Billy Idol, Pat Benetar, Def Leppard, and BLONDIE.

An innovative gameplay mechanic called the Huddle gives players the opportunity to motivate the Guardians during combat by giving them a pep talk that takes inspiration from famous song lyrics. It is this sequence, that Rick takes advantage of, to lead gamers down a path that ultimately leads to one outcome, the Rickroll, with players left confused and confronted with a dancing Rick and his seminal ‘80s hit, Never Gonna Give You Up.

Marvel’s Guardians of the Galaxy is available now on PlayStation®5 console, PlayStation®4 console, Xbox Series X|S and Xbox One consoles, PC, and streaming via GeForce NOW.