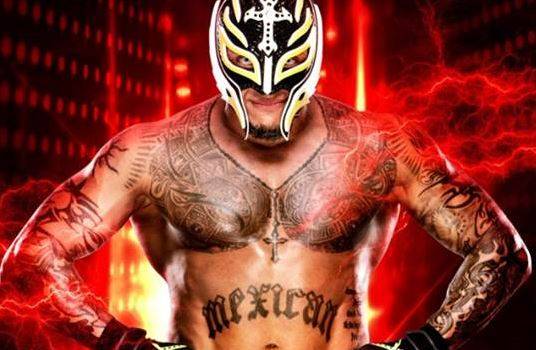 June 27, 2018 – 2K has announced that former WWE Champion, Rey Mysterio, will return to virtual WWE action – for the first time in four years – through WWE® 2K19, the forthcoming release in the flagship WWE video game franchise. The revolutionary luchador and “Master of the 619” – who routinely overcame insurmountable odds and established himself as one of the most popular Superstars in WWE history – will appear in WWE 2K19 as a playable character wearing ring gear reflective of his surprise appearance in the 2018 Royal Rumble. Mysterio, alongside a second playable character to be announced by 2K in the coming weeks, will be available as bonus content for those who pre-order the game at participating retailers for the PlayStation®4 computer entertainment system, the Xbox One family of devices including the Xbox One X and Windows PC. WWE 2K19 is currently scheduled for worldwide release on October 9, 2018, with Early Access players receiving their copies and in-game bonuses beginning four days early on October 5, 2018.

“Since my WWE debut in 2002, ‘Never Say Never’ – the WWE 2K19 campaign theme – has been a big part of my career,” said Mysterio. “It is an honour to join the likes of Kurt Angle, Goldberg, Sting, Ultimate Warrior and Arnold Schwarzenegger as one of two WWE 2K19 pre-order playable characters.”

“As one of the most popular WWE Superstars of all time, as well as one of the most frequently requested in the WWE 2K franchise, we’re thrilled to celebrate Rey Mysterio’s career by bringing him back as part of the WWE 2K19 pre-order offer,” said Chris Snyder, Vice President of Marketing at 2K. “His embodiment of ‘Never Say Never’ throughout his career also makes him an incredible fit to share his story as part of our global marketing campaign.”

About the WWE 2K19 Deluxe Edition

Players who purchase the WWE 2K19 Deluxe Edition, available in both physical and digital varieties at participating retailers, will receive Early Access to their game copies and in-game bonuses beginning four days early on Friday, October 5, 2018 for the PS4™ system, Xbox One and Windows PC. The WWE 2K19 Deluxe Edition includes the following items: