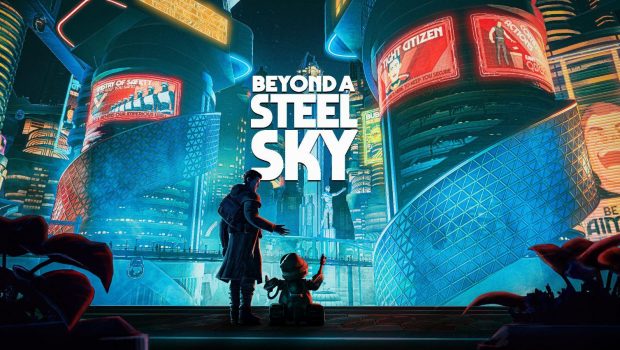 Revolution Software’s cyberpunk adventure Beyond a Steel Sky coming to consoles in November 30, 2021

Studio Revolution Software, creators of the popular Broken Sword series, and publisher Microids, are delighted to announce that Beyond a Steel Sky will launch November 30 on PlayStation 5, PlayStation 4, Xbox Series X|S, Xbox One consoles and Nintendo Switch.

From Charles Cecil, creator of the Broken Sword series, with art direction by Dave Gibbons, legendary comic book artist behind Watchmen, Beyond A Steel Sky is the spiritual successor to the classic Beneath a Steel Sky, launched more than two decades ago.

Beyond a Steel Sky stands as a thrilling story of loyalty and redemption set in an eerie and terrifying world of AI-driven social controls. Set a decade after the events of the first game, Beyond a Steel Sky immerses players once again in the captivating Union City – a dystopian cyberpunk city full of mysterious, sinister secrets.

With Dave Gibbons’s breathtaking comic book art style, the game is a hugely ambitious adventure which redefines the genre by allowing the player to subvert the world, populated by AI-driven characters, with interesting solutions to puzzles emerging from their actions.

“I am thrilled to be able to open the gates to Union City once more, and welcome console players to Beyond a Steel Sky which launches this winter.” says Charles Cecil, Founder and CEO of Revolution Software. “It has been a pleasure and privilege to have had the opportunity to collaborate with Dave Gibbons again in bringing Robert Foster back after an absence of two decades – and what an extraordinary change there has been!”