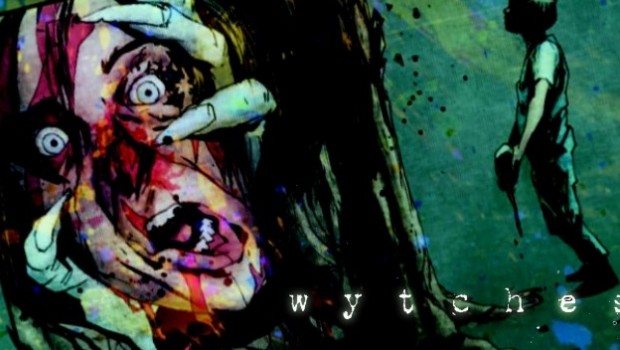 The market for horror comics has always been high. From the classic gory blood soaked EC Comics that inspired the likes of Stephen King, George A.Romero and whole host of other big names in the horror genre and have clearly rubbed off on the biggest names in comics at the moment. From Alan Moore’s work on Swamp Thing, Garth Ennis’ Crossed, Robert Kirkman’s The Walking Dead, and Scott Snyder’s American Vampire. Now comes Scott Snyder’s latest foray into the horror genre Wytches and it hits the spot from the first few pages which begins with a grisly act of matricide that leads into the story. 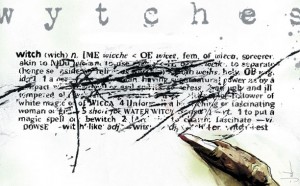 Scott Snyder has always done horror well even invoking it into taken on Batman’s reinvention in the The New 52. He also manages to bring a sense of realism into the story by making the characters realistic and the bond between the main protagonist Sailor and her caring father. This sense of reality and human characters in a story that invokes the supernatural just like the best horror stories in any medium whether novel, film  or comics. We actually care about the fleshed out characters rather than just watching them get picked off and dispatched like the dullest cheap horror films regularly being churned out at the nearest multiplex.As much praise as I heap upon Snyder we must never forget the artist and how important the artist’s contribution to a visual medium is. Jock’s imagery is disturbing and creepy with many memorable images that are rendered beautifully with the right choice of colour by Matt Hollingsworth and the right  angle giving it a cinematic look straight from a David Lynch film. The imagery and realisation of the woods that play a prominent role in the story is nothing short of chilling as well as the images that are familiar tropes of the horror genre creating an unsettling atmoshpere.

To reveal to much would be criminal as going into this with little idea would be better than knowing what will happen and as a fellow hater of spoilers I’ll keep to the bare minimum that Sailor is recovering from a traumatic ordeal that she seemingly had little control over and that continues to follow her in day to day life. Her parents may try to protect her from  it but the trauma continues to persist and is spoken about by people who weren’t even there. The incident reveals and boy is it a shocker that comes back to haunt the final cliff hanger of the story. I’ll reveal no more but it will keep you craving for more and cursing the wait between issues.

If there’s one horror comic you’re going to read this Halloween you can do no wrong with Wytches.