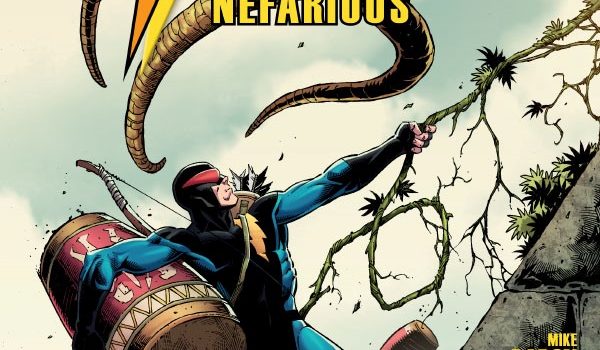 RETURN TO THE WORLD OF NEXUS IN ‘NEXUS NEFARIOUS’

Dark Horse Books and Mike Baron team up once again to bring you Nexus: Nefarious. The latest edition of the Nexus series has our hero encountering friends new and old as he tries to escape a prison planet. Baron is joined by artist Richard Bonk along with colorist Ichsan Ansori and letterer Warren Motgomery.

Nexus hits an object in space, sending him crashing into the nearest planet. To make matters worse, the planet serves as a prison to a nearby world. With the wrong sun in the sky, Nexus is unable to use his powers—so he’ll have to rely on his intelligence and survival skills if he wants to escape and see his family again 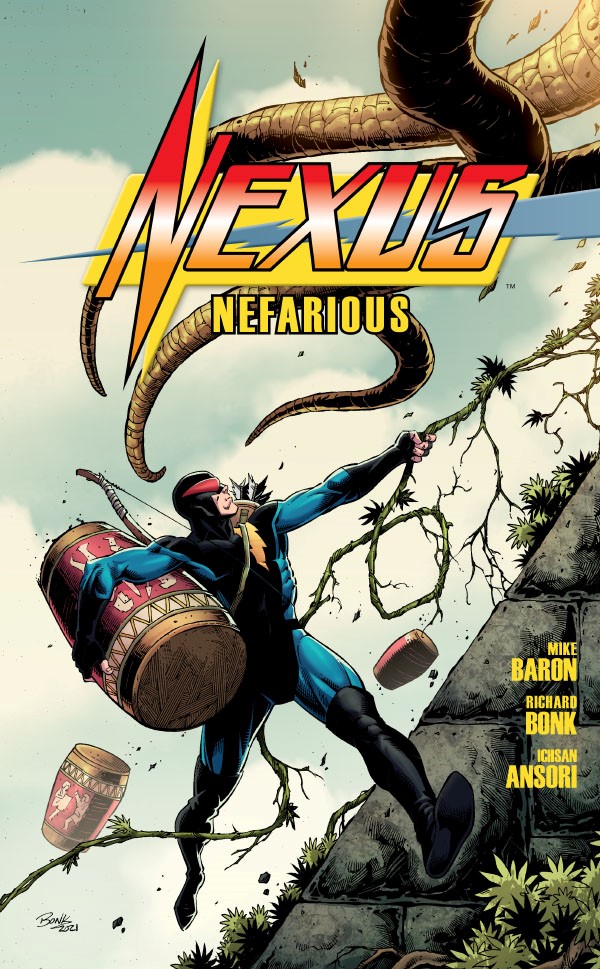 “If there’s anything wrong in the latest chapter of Nexus I cannot find it. The writing is brisk and to the point. The reliance of technobabble, which seems to be a common misstep among space operas does not occur here.” — Comics Bulletin

“It’s a nice way to cap off the Nexus saga (for now) and is beautifully drawn throughout.” — Major Spoilers