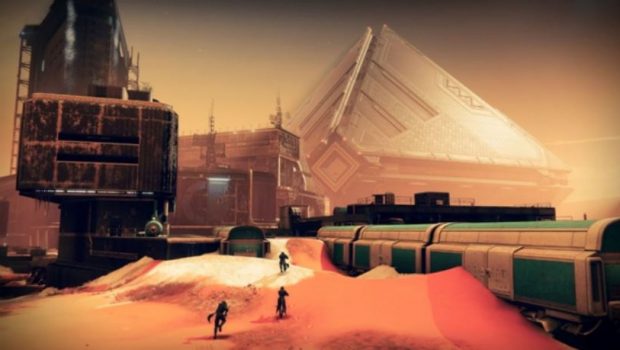 Restore the Warmind in Destiny 2’s Season of the Seraph

Today, Season of the Seraph is available in Destiny 2, with new Seasonal activities, weekly missions that culminate to the discovery of a new Exotic weapon, a brand-new dungeon, some PvP updates, and more coming to the Action MMO. Bungie is also excited to partner with Ubisoft to bring in-game ornaments to players who can now dress as iconic assassins in Destiny 2. Annual events such as The Dawning and Moments of Triumph are also back this Season for Guardians to celebrate the holidays, the past year of in-game memories, and prepare for the new challenges ahead.

Season of the Seraph activities and rewards

This Season centers on the Bray family’s complicated history and their relationship with the Warmind, Rasputin, that is being compromised by Xivu Arath. Guardians will infiltrate Braytech facilities in Heist Battlegrounds and participate in weekly story missions to attempt to restore the Warmind.

This Friday, a new dungeon will unlock for Guardians who are ready for the challenge. The dungeon is available to players who own The Witch Queen Deluxe Edition or The Witch Queen Dungeon Key.

A ton of updates are coming to Crucible in Season of the Seraph, including:

• Updating the Crucible playlist structure to streamline Crucible offerings
• Glory is being replaced with a new ladder called Competitive Division, a 3v3 ladder with seven rank divisions
• A new Crucible Seal, Glorious, has been added to replace the Unbroken Seal
• Bringing engram focusing to Lord Shaxx to give players more ways to engage with Crucible rewards
• Trails of Osiris is getting a new Hand Cannon and Machine Gun
• Iron Banner will get a new Zone Control mode called Fortress
• Reprised Iron Banner armor sets from The Taken King

For more info on these updates, check out our Nov 17 TWAB.

Leap into the Light as Destiny 2 collaborates with Ubisoft on new assassin-themed ornaments for each class and brand-new items available in Eververse. For those who want to explore the system in a stealthy style, players can sport looks inspired by Eivor (Titan), Kassandra (Hunter), and Altair (Warlock) in Destiny 2. On top of armor ornaments, guardians can also grab a new ghost, sparrow, ship, and the “Up my Sleeve” finisher.

Destiny 2-themed cosmetics will also be available for Eivor in Ubisoft’s newest release. Players can wield a Greatsword inspired by the storied Gjallarhorn Rocket Launcher, wear Shaxx- and Saint-XIV-themed armor, and much more.

Starting today and until Lightfall launches on February 29, 2023 (AEDT), Guardians can complete Moments of Triumph challenges to celebrate Destiny 2’s Year-5. With the completion of the Seal, players are able to purchase the Moments of Triumph shirt from Bungie Rewards.

The Dawning is back on Tuesday, December 14 (AEDT) as Eva Levante returns to the Tower to celebrate the holidays with Guardians by baking delicious treats made with questionable ingredients. This year adds a new Pulse Rifle, title, new recipes, and more. Until January 3 (AEDT), players will be tasked with gathering ingredients, baking debatably scrumptious treats, and gifting them to characters across the system while updating the new Event Card to earn festive cosmetics.

The Bungie Foundation returns with their annual Game2Give fundraising campaign, featuring a slate of brand-new exclusive donation and fundraising incentives. To kick-off the fundraiser, we are celebrating with a two-week streaming marathon from Destiny 2 community creators from December 7th through December 20th (both AEDT).