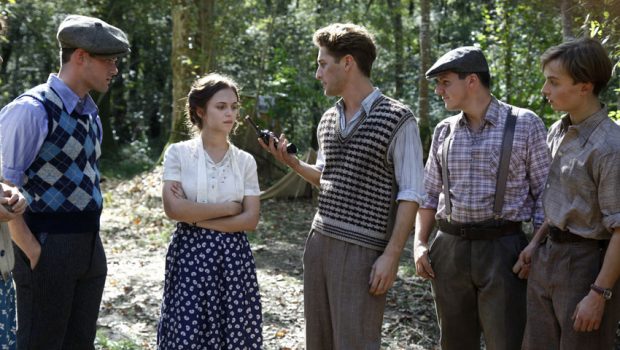 Paris, 1940. Lili, outraged by the injustices of the Nazi occupation, and a group of like minded souls band together to fight the Germans and their French collaborators, all the while producing the underground newspaper Résistance for which they will go to dangerous lengths to illegally distribute. While the clandestine struggle extends to the whole of France, the young freedom fighters multiply, setting up networks of resistance that will ultimately lead to the liberation of Paris in August 1944. Based on true events, and through the interconnecting destinies of its teenage heroes, Resistance tells the story of young people going to any lengths to defend their country and their freedom.