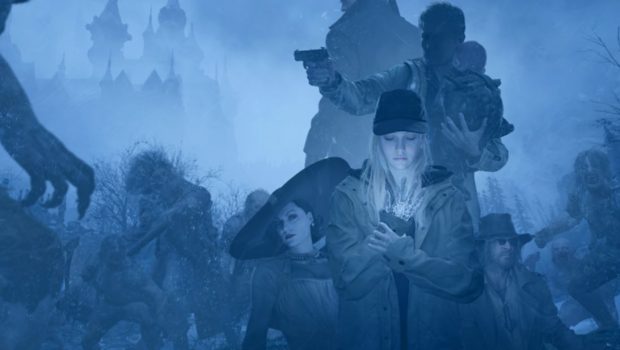 The story of Ethan Winters and the Winters family depicted in Resident Evil 7 Biohazard and Resident Evil Village will come to an end. The DLC Winters’ Expansion including the new story Shadow of Rose will also be released soon. Included below is the latest information released during the Resident Evil Showcase today.

A gameplay demo of the Third Person Mode is now available!

In this demo, players can try out the Third Person Mode, where you will be able to enjoy witnessing Ethan’s desperate actions to survive in a whole new light. You can also use the First Person Mode which same as the main game. Players who have never played Village are welcome to experience it.

Shadow of Rose, the final chapter of the Winters’ story. Taking place 16 years after the main story, in the “Realm of Consciousness” that is far from the real world, what awaits Rosemary is a nightmare-like escape. In the end, Ethan’s beloved daughter who sacrificed his life to protect, her destiny will be…

A strange creature that appeared from the liquid void and blocked Rose’s path. The reason for their appearance is shrouded in mystery.

A light that illuminates the Realm of Consciousness creeping in the darkness – Purifying Crystal. It seems to have a relationship with Rose’s “power”.

A mysterious man who manipulates the aliens in Realm of Consciousness.

The alien those chase after Rose in Realm of Consciousness. Its threat is incomparable to the Face Eater.

To enjoy the game, players must register for a Capcom ID and link their account with their platform of choice. Please refer to the video below to register and link your account to play Resident Evil Re:Verse.

Updates are planned for Resident Evil Re:Verse after it has been officially released, including additional stages and playable characters. In the latest promotional video, you can even see a different side of Chris Redfield’s elite Hound Wolf unit in Resident Evil Village, as well as village-based stages and the main monster Lycan.