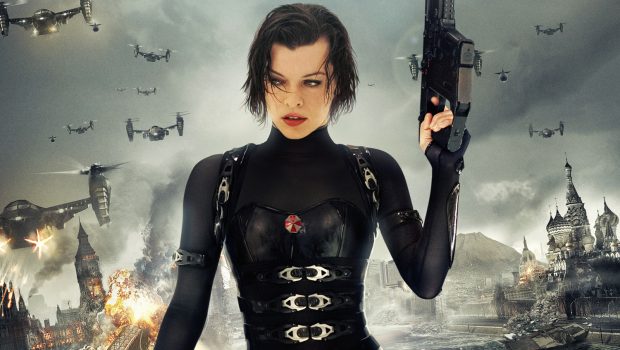 Off the bat I have to say that I hated this movie so much. I loathed it to the point that I’d rather see the following things then watch Resident Evil: The Final Chapter again.

1) A video of my all exes blissfully running through a field of flowers with their new better-looking partners.

2) An extensive documentary series about nails on a chalkboard.

It may seem harsh for me to trash a movie that’s based on a videogame through a gaming website but the pure crapness of this has taken over and my usual objective viewpoint has gone out the window. Anyway, let’s get through this. Mila Jovovich is back for the sixth time as Alice, the zombie destroying badass that spits out cheap dialogue but does know how to kick in a head or two. Apparently kicking off immediately after the last instalment (full disclosure: this is the first Resident Evil movie I’ve seen) Alice is trudging through an obliterated Washington D.C. with destroyed monuments lying about and the undead moaning around every corner. It’s pretty much what a Trump presidency will look like in six months.

We open up with Alice roaming the wasteland, destroying zombified flying creatures and falling for obvious traps. One scene has us yelling at the screen when she comes across a perfectly placed red motorbike in a baron dusty landscape that is 100% a trap…but of course she still falls for it. This criticism can be stretched out over the entire movie as it plays out like one long videogame cut scene. Everything about this movie sucks, including the action scenes, which should be a respite from the obvious plot points and terrible dialogue but instead are just as hard to watch as the acting. Director Paul W.S. Anderson has directed three of the previous Resident Evil movies along with other high energy/mindless action flicks. This means the guy should have figured out how to film a fight scene! All the action sequences in this movie have so many goddamn edits it feels like you’re having an epileptic fit. Come on Anderson! If you’re not going to give us a decent plot at least provide some awesome shots of zombies getting kicked in the spine or something.

This might be an attempt at somehow avoiding the overplayed zombie genre but Resident Evil: The Final Chapter doesn’t have a lot to do with humans turning into zombies. There is of course a hoard of zombies being herded by a generic evil doctor played by Iain Glen but the main threat from the undead comes from some cool looking giant zombie dogs and winged creatures. This still isn’t enough to get this movie past the finish line. When Alice is told by a crimson hologram child that the last few humans left on earth will be wiped out, she has to get to the human resistance of disposable characters and team up to make the most mediocre squad ever. There’s Claire, Alice’s BFF and potentially the first robot actor to make their big screen debut. Razor, the token black guy (guess how long he lasts in the movie). And for some reason Ruby Rose as a bland something something that does something…and I’m already bored. All of these characters and the ones I haven’t mentioned are about as imaginative as a Home & Away script. If news broke that an actual zombie wrote this script then I wouldn’t be surprised. 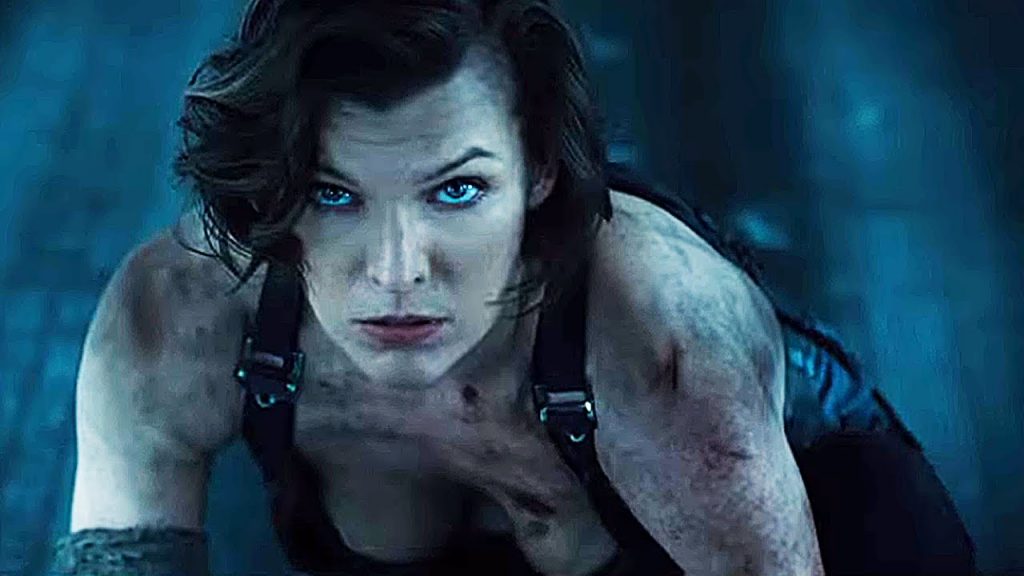 Usually I can give somewhat of a pass to a mindless action movie since hey, a bit of escapism never hurt anybody. But there’s good action releases and then there’s this, a total piece of crap movie that doesn’t deserve anybody’s time or money. “Is that all you got?” Alice asks as she faces off against her main nemesis. “Because if that’s it, then I have to kill you!” This is an actual piece of dialogue that was approved by somebody in Hollywood. Anderson takes credit and blame for all of this since he is both director and “writer” on this one. The best quality of this shit show is at least the lead and many of the supporting characters are female that aren’t just there for show. But it’s still not enough to keep this train from falling off the rails. The mildly compelling parts of this movie are the jump scares but even they follow the same formula every other horror movie initiates. Prolonged silence followed by an anticipated loud noise gets old very quick. And that’s all this movie is, shrill sounds shoved in between shitty dialogue and crappy CGI. It’s basically the movie version of that basic bitch or basic bro you find on Tinder. Talks a big game but has no substance and delivers nothing.

Summary: There’s good action releases and then there’s this, a total piece of crap movie that doesn’t deserve anybody’s time or money.