Remnant: From the Ashes Review

Summary: Remnant: From the Ashes is a fun, unique third-person shooter that proudly calls itself a Soulsbourne.

Whenever I hear the term ‘Soulsbourne’ used to describe a game, I usually roll my eyes. But not only does Remnant: From the Ashes embrace this descriptor, it wears it proudly. In fact, if you told me that ‘Soulsbourne’ was the one-word driving ethos of this game’s entire design philosophy, I would believe it. Remnant: From the Ashes invites you to describe it as ‘Dark Souls with guns’ and I will happily oblige, because this game absolutely deserves it, in the best way possible. 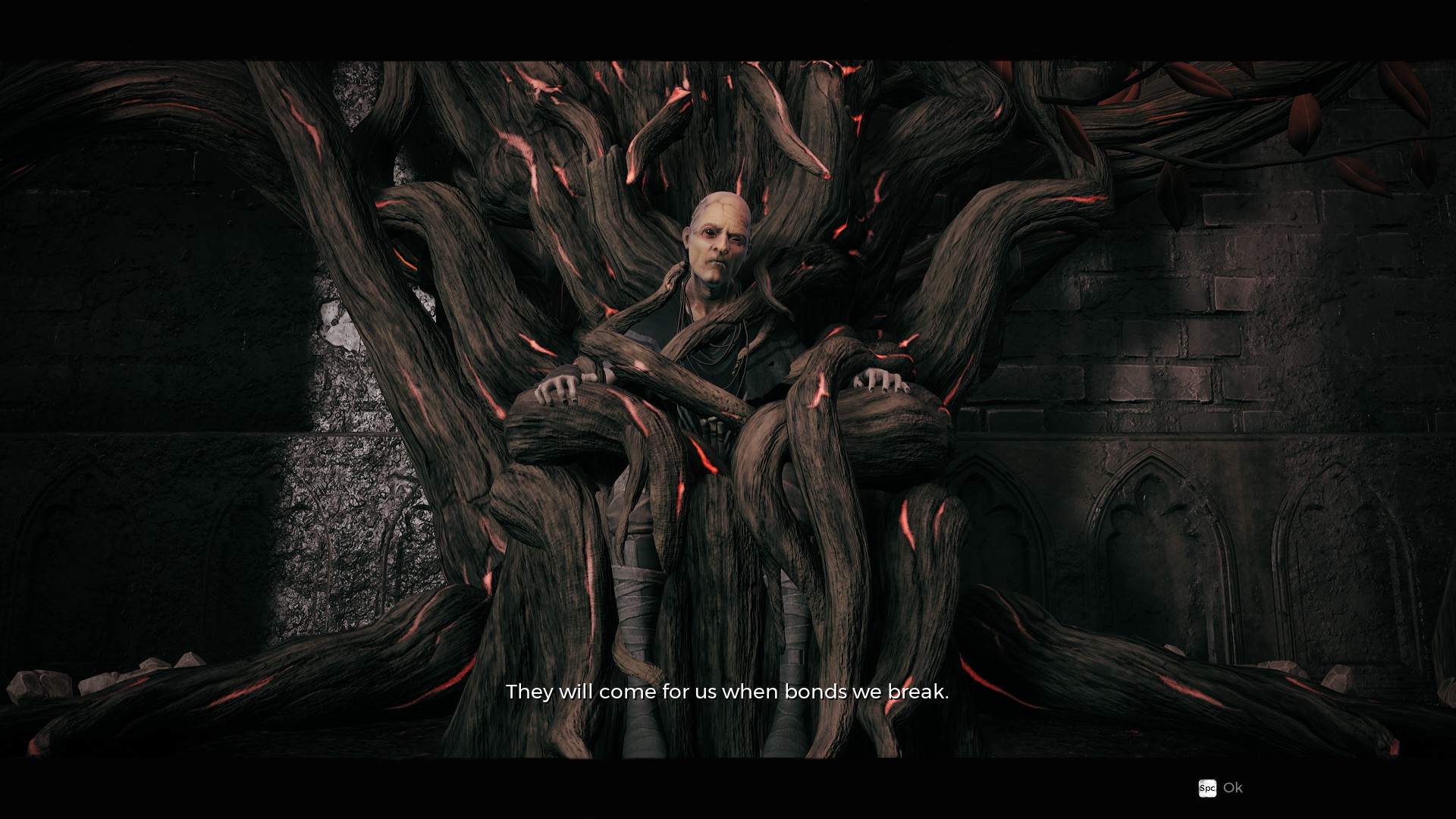 When I say that Remnant: From the Ashes is ‘Dark Souls with guns’, I’m not being flippant – I really mean that this game could pass as an extremely impressive Dark Souls mod. To be more specific, Remnant: From the Ashes is a stats-heavy RPG set in a bleak, lore-rich world, filled with strange characters and mysterious items. Levels are interspersed with checkpoints that save your progress and restore your health, but respawn all the enemies in the area. It’s also very difficult if you’re playing alone. 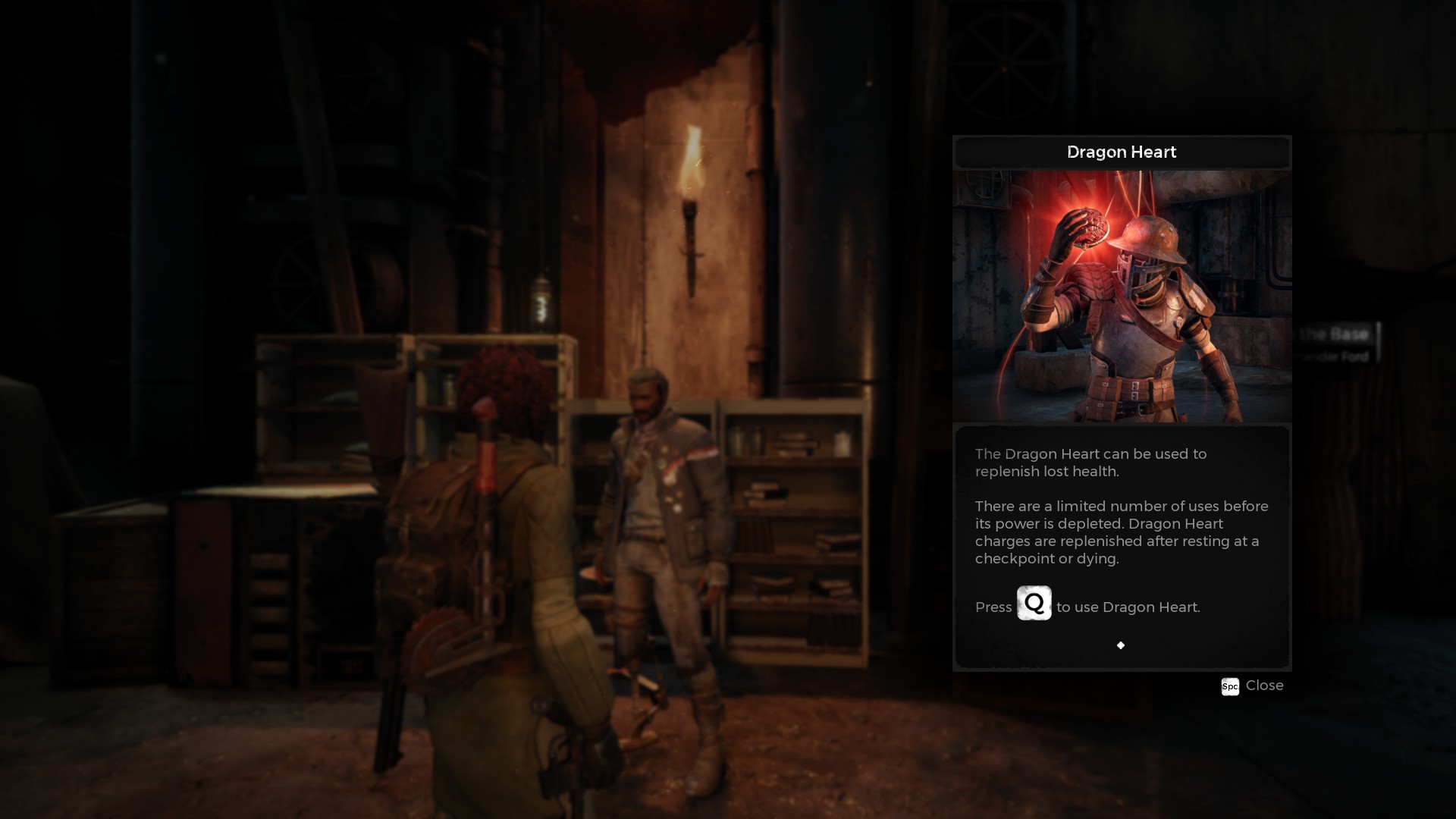 Remnant: From the Ashes takes place in a post-apocalyptic world where an inter-dimensional scourge called ‘The Root’ invades earth and decimates humanity. The story picks up many years after this invasion where you, a survivor of this apocalypse, are on a mission to find the source of The Root and destroy it. To do so, you’ll be travelling to multiple dimensions and parallel worlds, meeting new characters and all sorts of enemies along the way. The narrative is dense with convoluted lore that will appeal to those that are willingly to delve into the many journals and computer logs you’ll encounter on your journey. For everyone else, you’ll be just as satisfied skipping the cutscenes and marvelling at the absurd, grotesque enemies that are a part of this deep, multidimensional plotline. 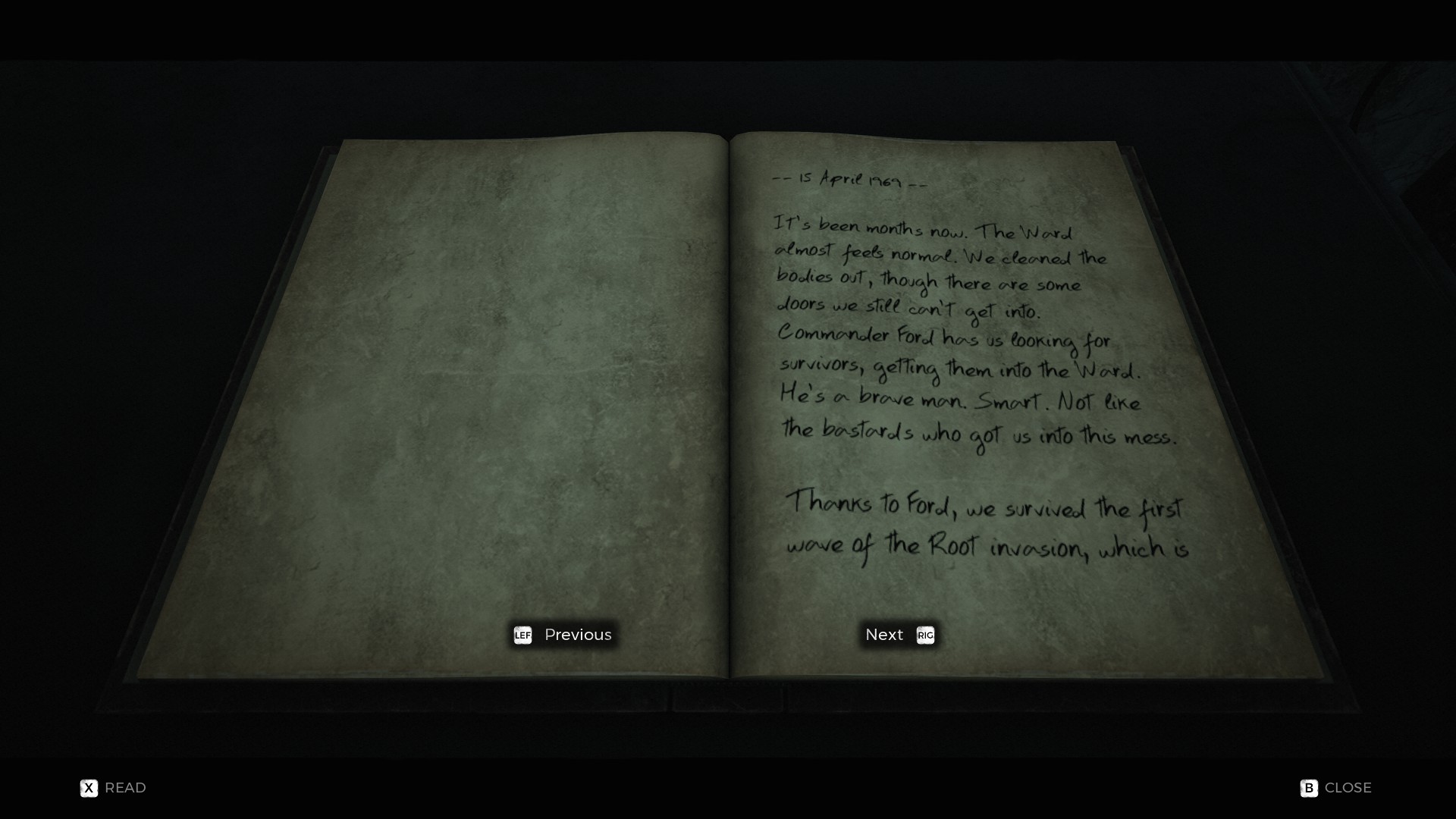 This dimension-hopping narrative actually works as a terrific framework for one of Remnant: From the Ashes’ most interesting features. When you begin a new campaign, a randomly generated seed will be used to procedurally generate your game world. The actual worlds themselves have been crafted intentionally, but the order you play them in will be unique. For example, in my playthrough I went from a post-apocalyptic city world, to a desert world inhabited by spear-throwing tribals, then on to a hideous swamp area. In my friend’s playthrough, they went from the city to a lush forest world and then to a huge floating temple world. The developers have cited that you’re only going to see about 40% of the game on a single playthrough, so everyone’s experience will be unique and you’ll need to replay the campaign multiple times to see it all. 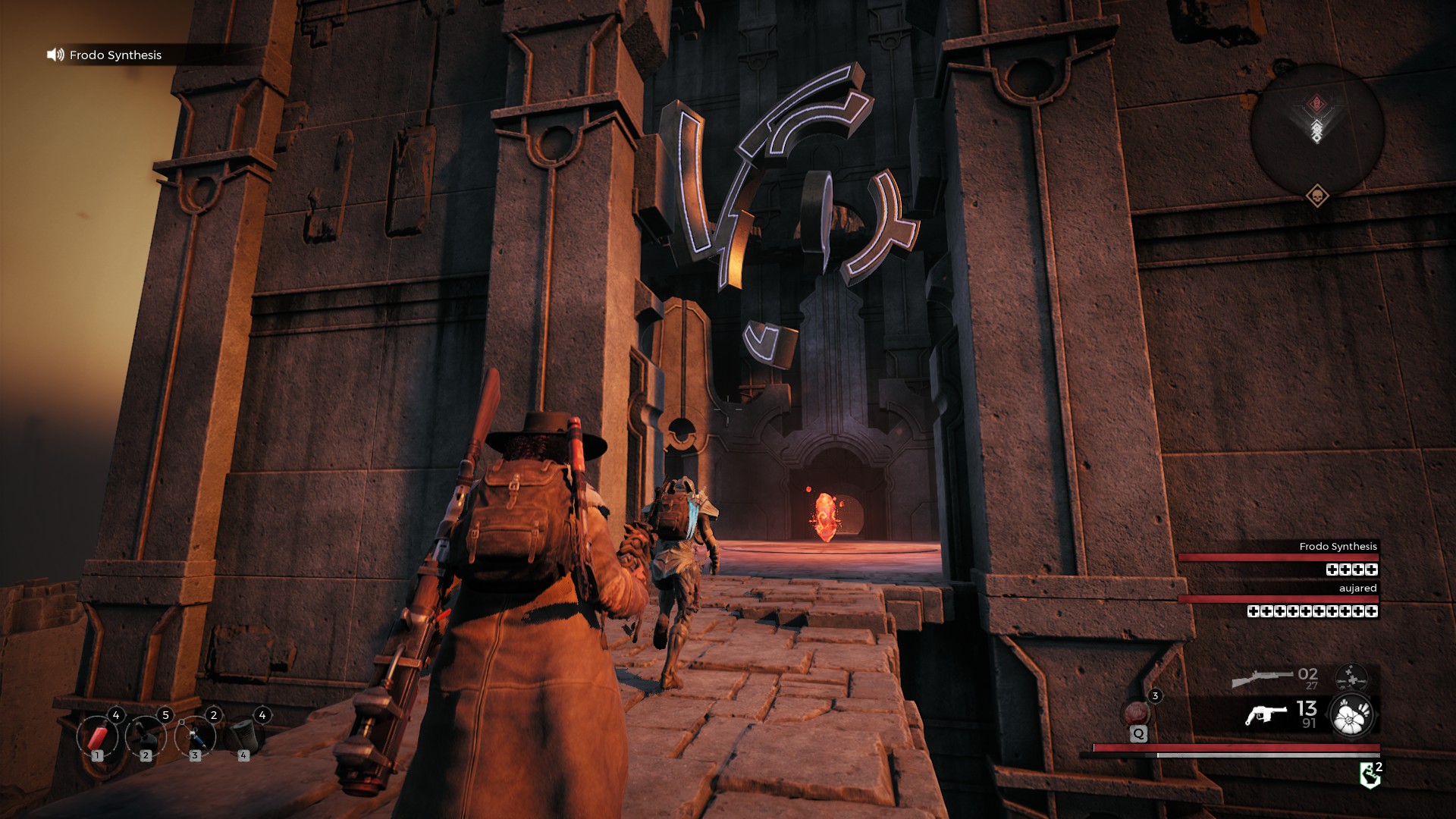 This campaign structure makes the gameplay loop in Remnant: From the Ashes somewhat linear when you look at it on the macro level. The loop begins as you enter a new world, you’ll fight through hordes of enemies whilst scouring the zone for loot and other points of interest, activate the checkpoints along the way and eventually take on the boss of that zone before opening a new portal to a new world and doing it all again. It may sound dull when you break it down like that, but there are two things that make this cyclical gameplay loop so enthralling: the shooting and the exploration. 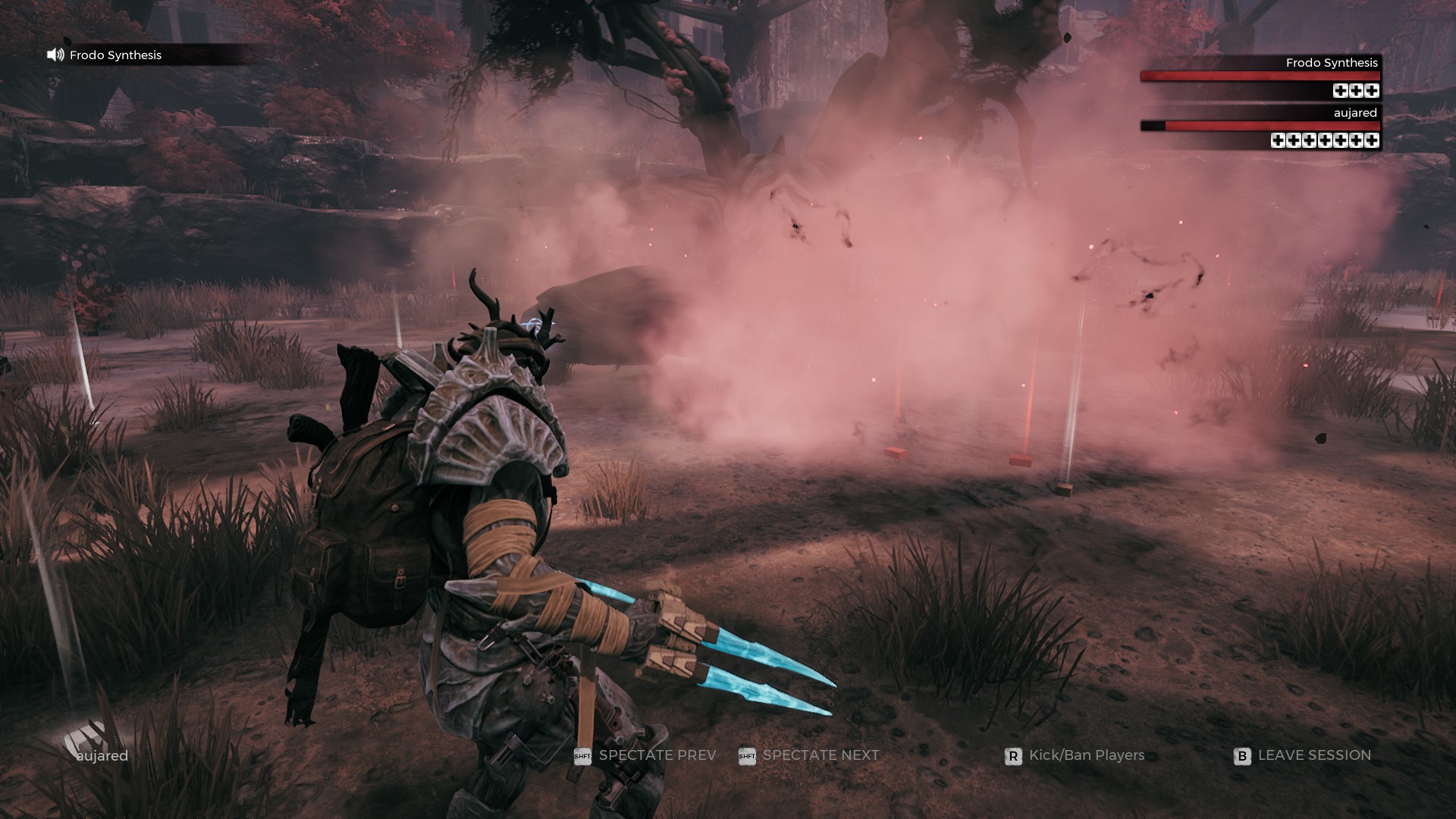 I’ll talk about the shooting first because there’s not much more too say about it, other than the gunplay feels great. There’s a great variety of weapons and spells that can be equipped to suit your play style or configured to overcome the challenge at hand. There’s also a really nice sense of weight and impact to the weapons that keeps the moment-to-moment gameplay feeling fun and exciting all the way through. Plus there’s heaps of enemy variety throughout each of the biomes, all with their own unique abilities and traits that lends well to the idea of replaying the campaign multiple times. 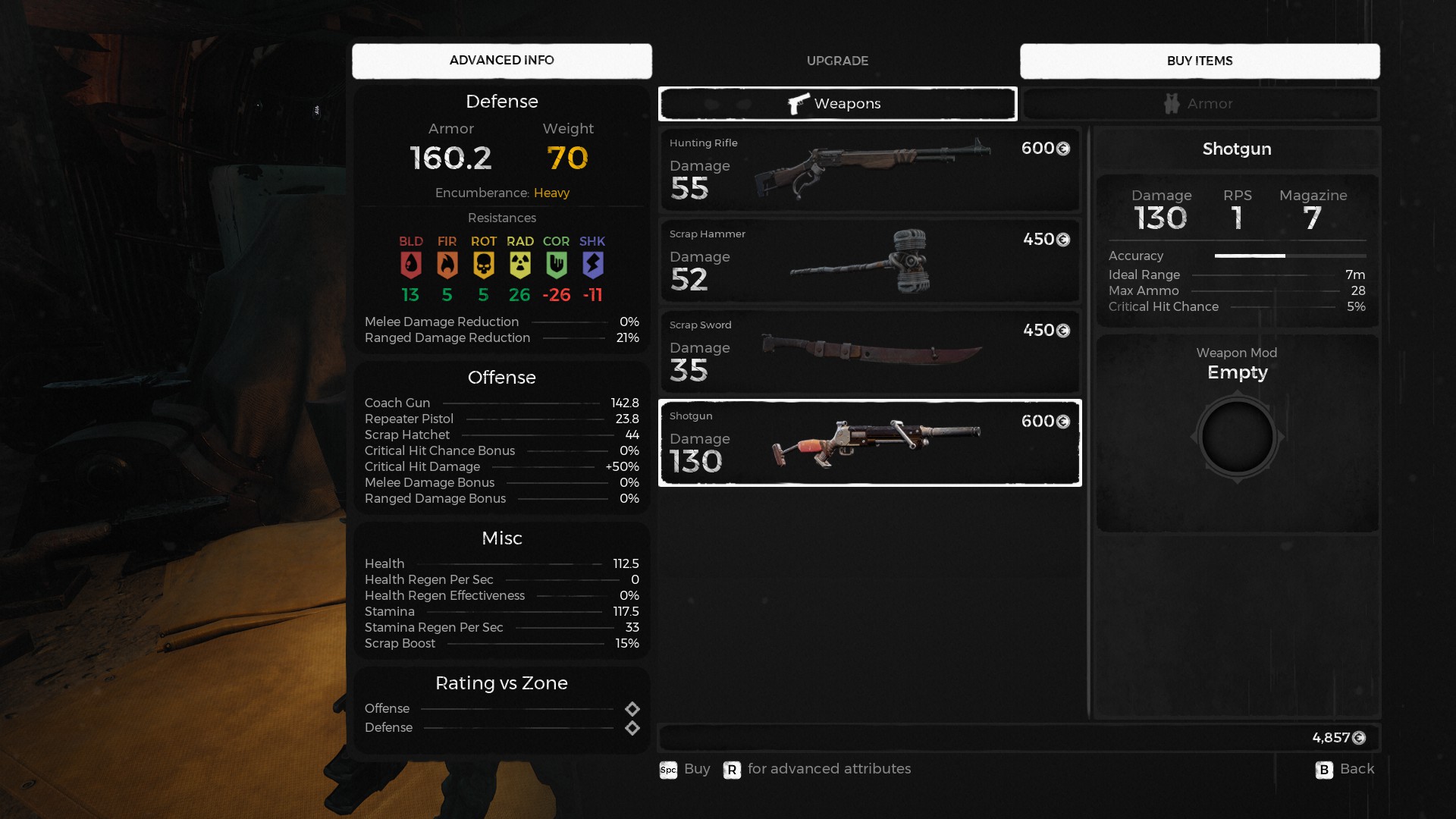 What makes the exploration side of Remnant: From the Ashes so interesting is a little harder to put into words, but I think can be pretty accurately summed up by saying you really never know what you’re about to find. This game has surprised me more times than any other in recent memory, simply from the amount of strange stuff I’ve encountered along the way. A lot of the fun of Remnant: From the Ashes is in discovering this stuff for yourself so I’ll keep it vague, but there’s barely an aspect of this game that hasn’t taken me by surprise. Whether it’s the enemies, the weapons, the consumable items, the level design, the characters or the lore – there’s just so much cool and interesting stuff you’ll run across as you make your way through the levels, fighting off enemies and scrounging for loot. 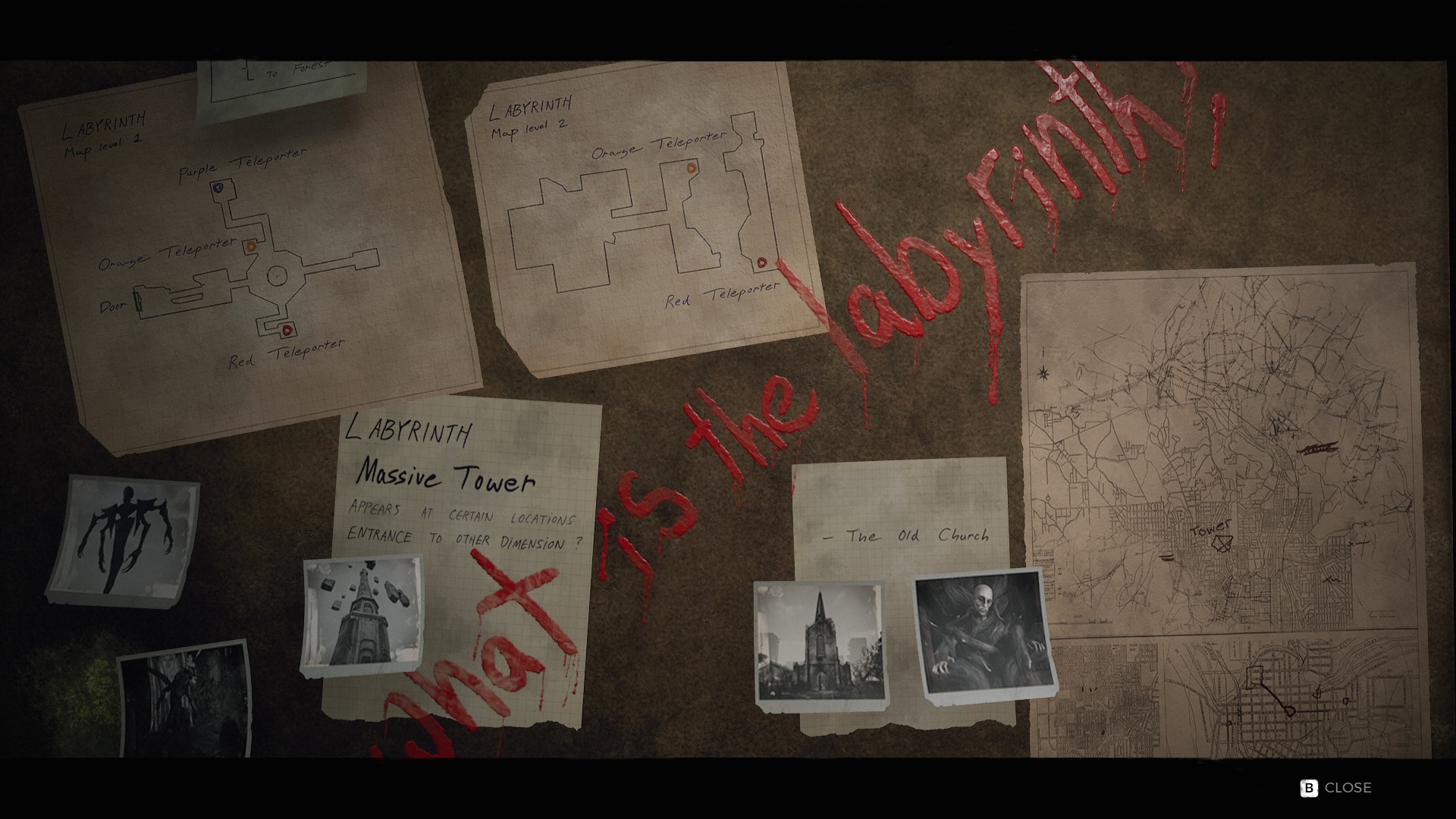 Adding to this, Remnant: From the Ashes can also be played co-op with two other people. This can be toggled on or off at any point and you can limit your play session to allow anyone to join or just your friends. Playing with friends completely changes the dynamic of the experience for better or worse depending on what you want out of the game. At least on the first play through, the more players you have in a session, the easier the game becomes simply due to the fact that you’ve got more people keeping track of enemy movements and offering cover when someone needs to reload or reviving a player that has been taken down. When playing with other people the game becomes far less of a methodical, tense survival shooter and more of a run and gun shoot-em-up. I really enjoyed playing both alone and with others, but progression on your character carries over no matter which mode you choose, so its easy to switch back and forth depending on your mood. 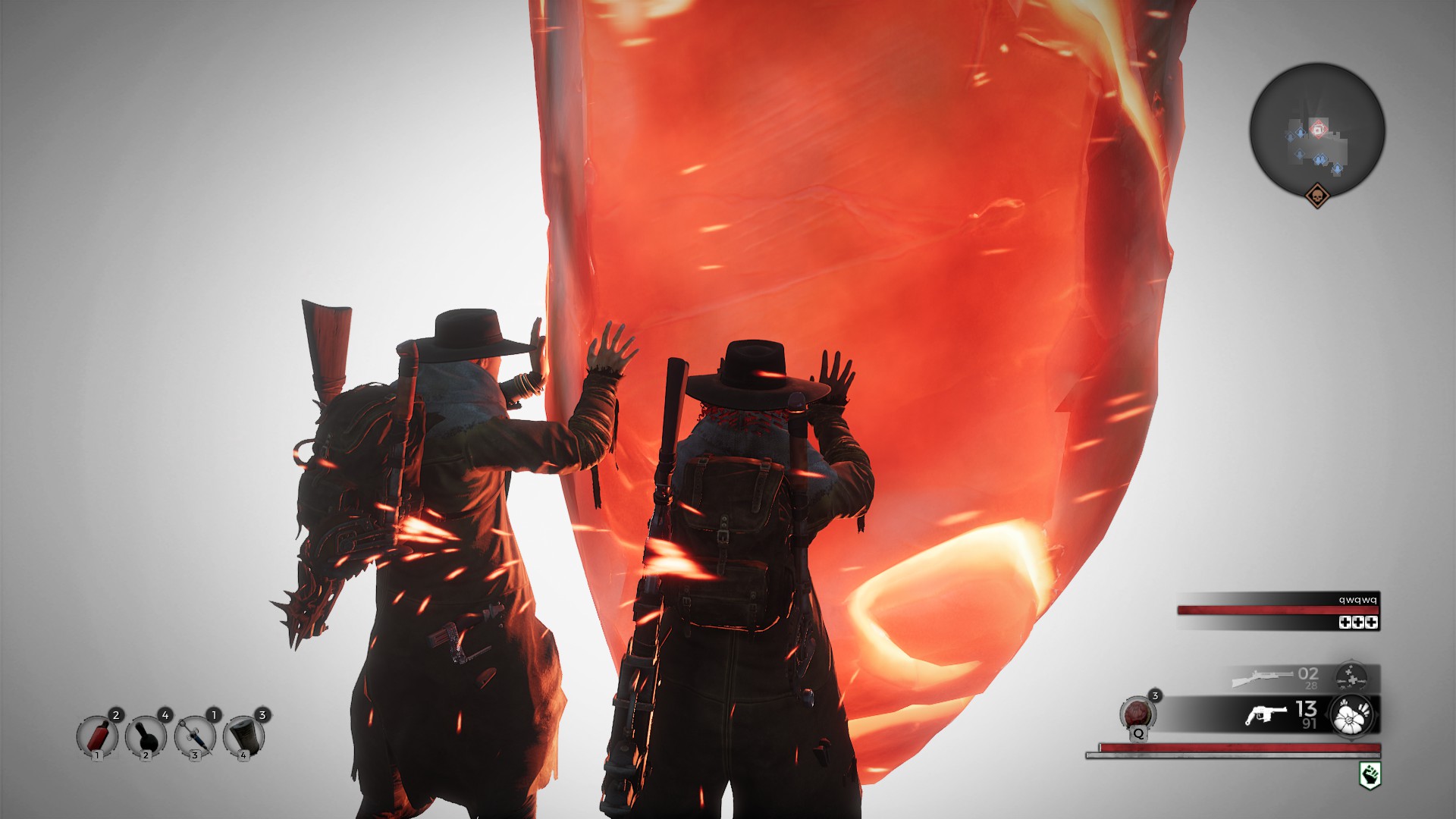 The game also looks pretty dang great and runs really nicely on my GTX1070 – a serviceable but somewhat outdated graphics card at this point. The visuals won’t blow anyone away, but the aesthetic design of the worlds and the enemies are really quite unique, which adds a lot to Remnant: From the Ashes mystique. The same can also be said for the sound design – it doesn’t exactly stand out as a defining feature, but it works well to immerse you into the world. 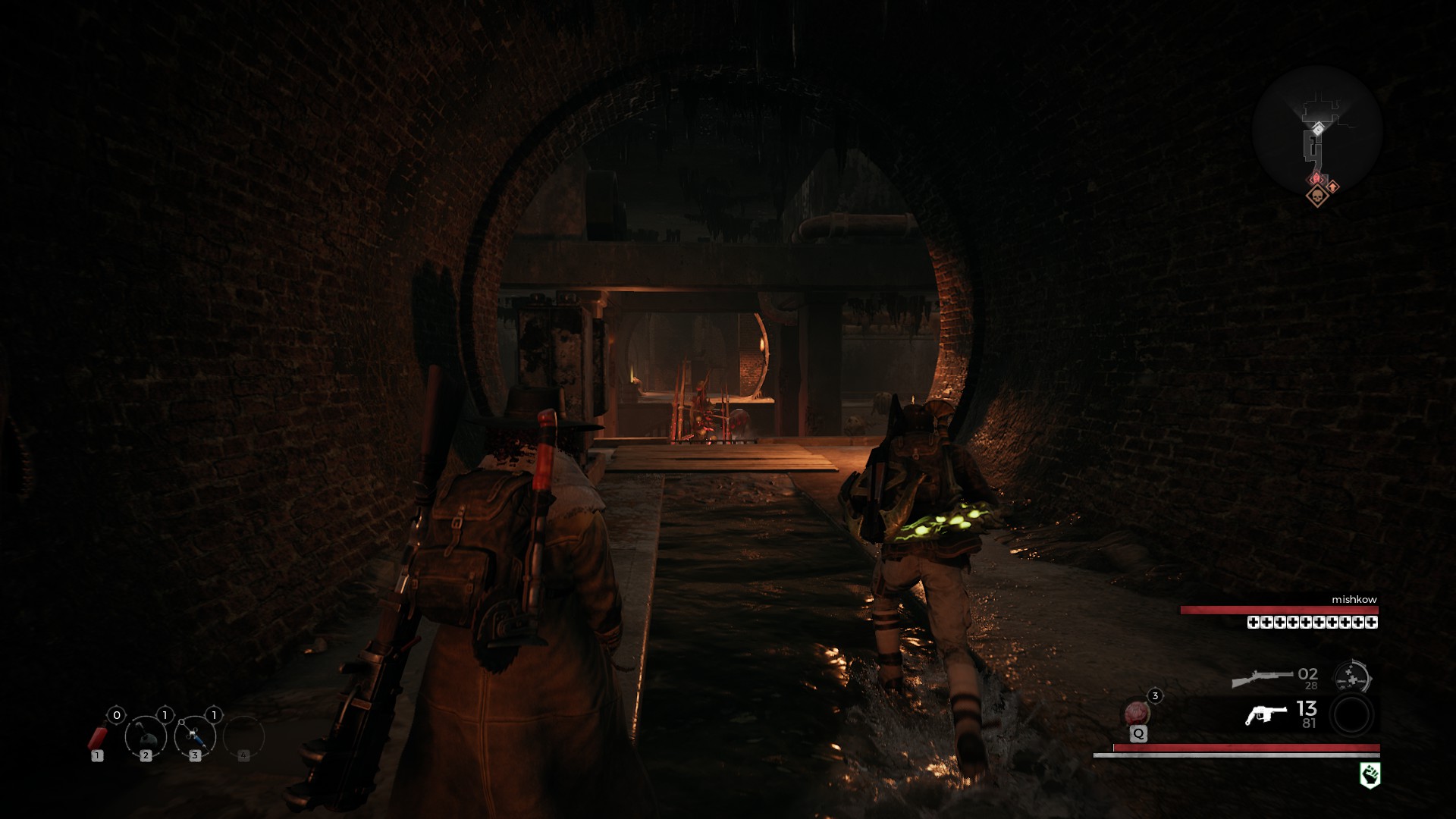 Remnant: From the Ashes is one of the only games I feel comfortable using the term ‘Soulsbourne’ in a positive manner. It takes all the crucial lessons learned from From Software’s legacy and brings them to it’s own game world to produce a unique third-person shooting experience that is exceptionally fun. Whether you’re playing on your own or with friends, the gameplay is always thrilling and the allure of the bizarre and fascinating universe begging to be explored is hard to resist. Remnant: From the Ashes is an easy recommend to pretty much everyone. 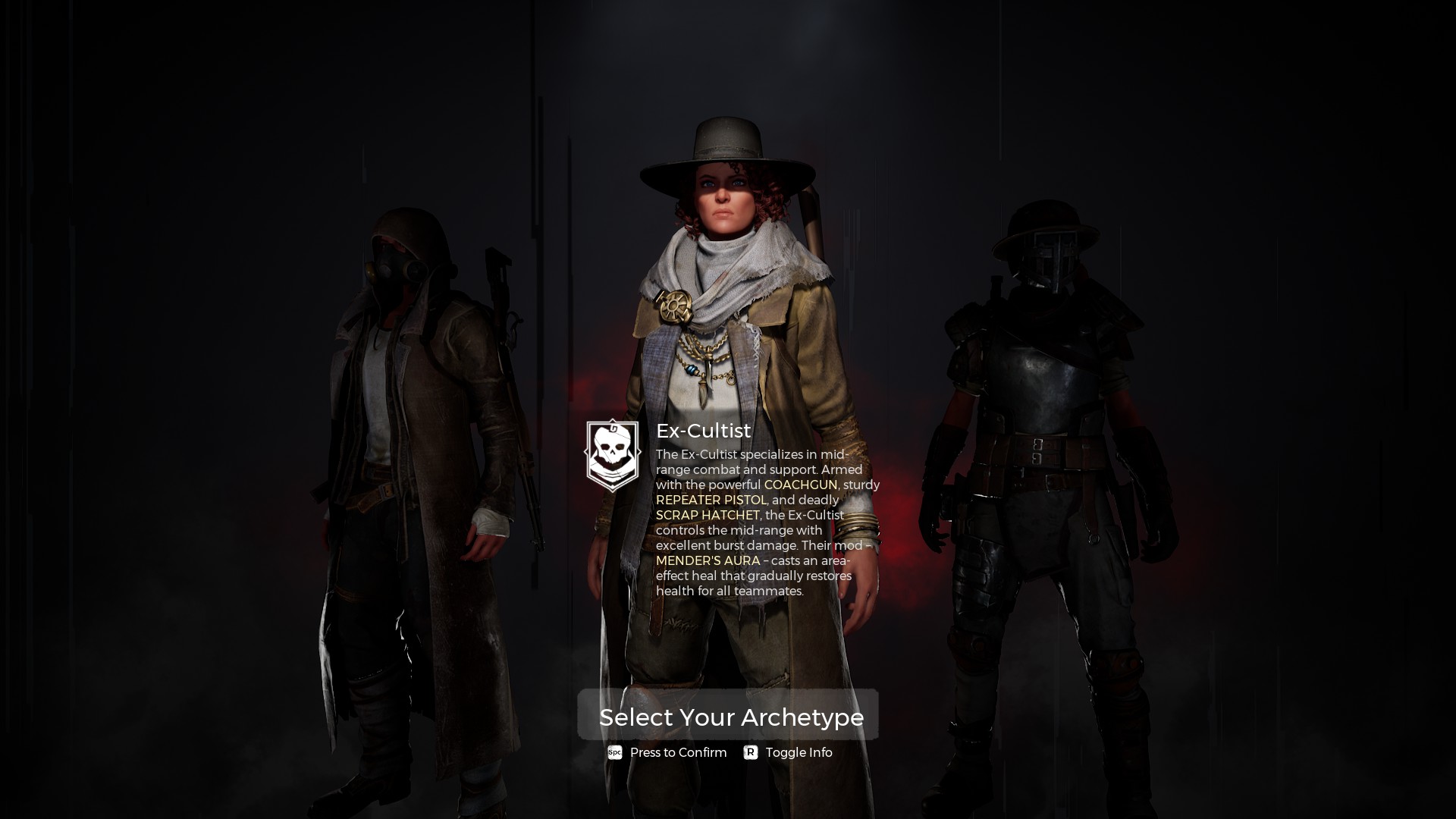 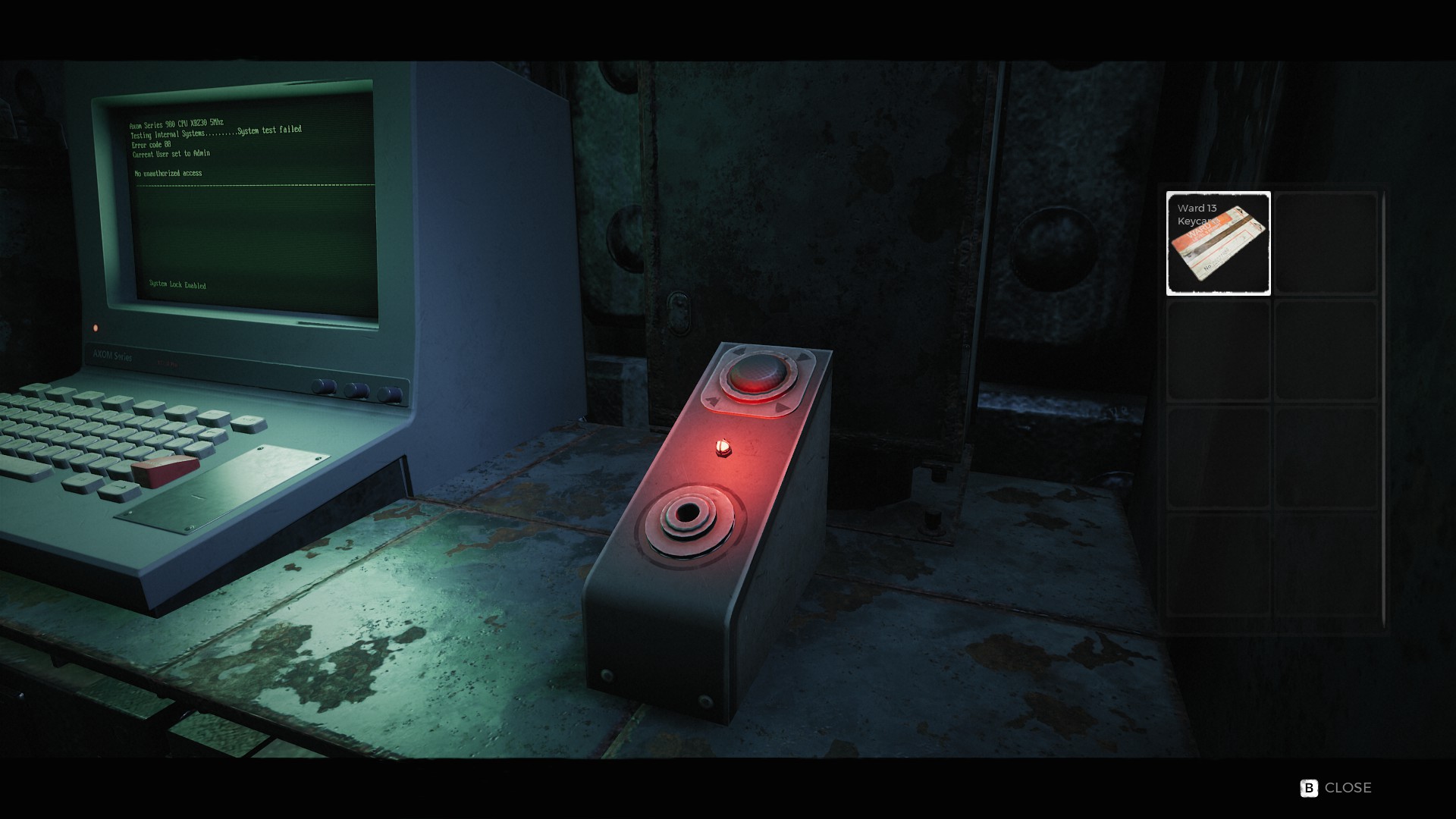