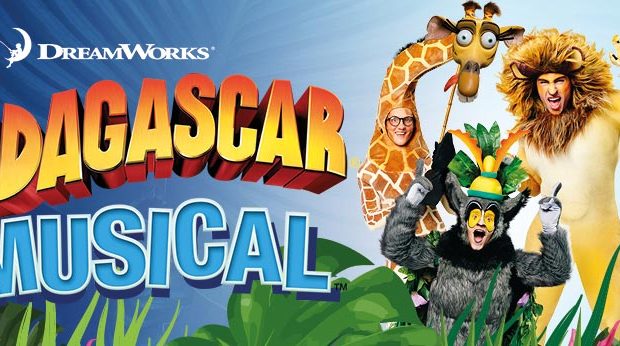 Rehearsals underway for Madagascar the Musical, opening in Australia next month

Rehearsals are officially under way and the cast are learning to ‘move it, move it’ in Sydney ahead of the Australian Premiere of the ferociously funny, family favourite MADAGASCAR THE MUSICAL.

The cast includes recording artist and former Titanium boyband member Andrew Papas in the role of Alex the lion, former Hi-5 member Joe Kalou (The Book of Mormon, In The Heights, Wolf Like Me on Stan) as Marty the zebra, triple threat Moniquewa Williams as Gloria the hippo, Devon Neiman (The Brief and Frightening Reign of Phil) in the role of Melman the giraffe and Jonathan Martin, best known in Australia for his various roles on the Pop Up Globe stage, as everyone’s favourite lemur King Julien.

Adapted from the critically acclaimed smash-hit DreamWorks animated motion movie, this fun-filled family musical has performed to sold-out audiences across the UK and New Zealand. It is brought to life by imaginative and colourful sets, world-class puppets, action-packed adventure and spectacular new songs that will leave you with no choice but to “move it move it” in the aisles!

Just like the movie, Madagascar the Musical follows all the favourite crack-a-lackin’ friends as they escape from their home in New York’s Central Park Zoo and find themselves on an unexpected journey to the madcap world of King Julien’s Madagascar!

Alex the lion is the King of the urban jungle, the main attraction at New York’s Central Park Zoo. He and his best friends – Marty the zebra, Melman the giraffe and Gloria the hip hip hippo – have spent their whole lives in blissful captivity before an admiring public without a care in the world. Or so they thought.

Not content to leave well enough alone, Marty lets his curiosity get the better of him and makes his daring escape – with the help of some plotting penguins – to explore the world.

Based on the DreamWorks Animation Motion Picture

TICKETS FOR SYDNEY, MELBOURNE AND PERTH SEASONS ON SALE NOW