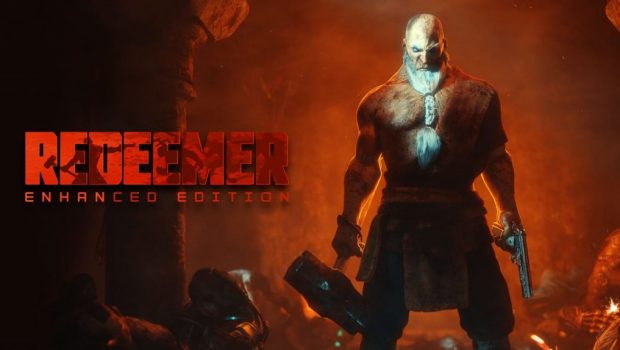 Summary: A brilliant top down brawler, Redeemer Enhanced Edition is sure to please every fan of over the top violence and gore with satisfying gameplay to boot.

I play a LOT of games. That’s right, I admit it. And whilst not being the best gamer out there, I would certainly rank with those that are with my passion for electronic entertainment. Why do I mention this? Well, with all the games that I review and play for personal fun, top down games have never been something that has really caught my eye until recently. And with the release of games like Darkwood, and now Redeemer; I am glad that I have changed my tune. 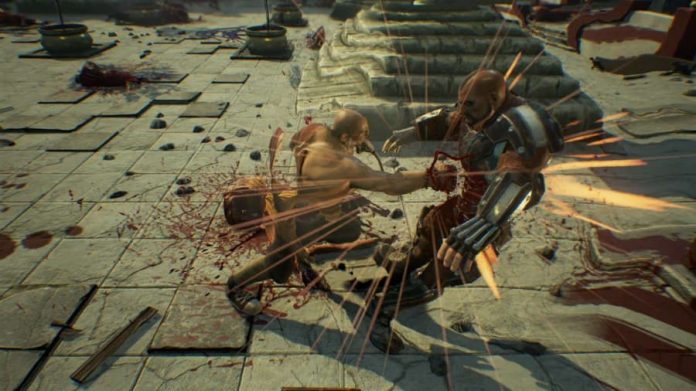 You are Vasily. A man of war who is searching for peace, and finally has found it in the sanctuary of a monk’s retreat giving him the silence he has been yearning for so long. But as with all game stories, that goes pear shaped and war and violence find him, and turn him back into the killing machine that he was so long ago.

A top down brawler, the enhanced edition adds new combat and also polish to the original game which I have not played. I did look at older reviews for that. The game looks sweet and very detailed considering the limitations that top down views can give titles. Everything runs really smoothly and the combat should satisfy even the most blood thirsty of you out there. This is definitely not one for the kids. The amount of gore is over the top and in its way gorgeously detailed. 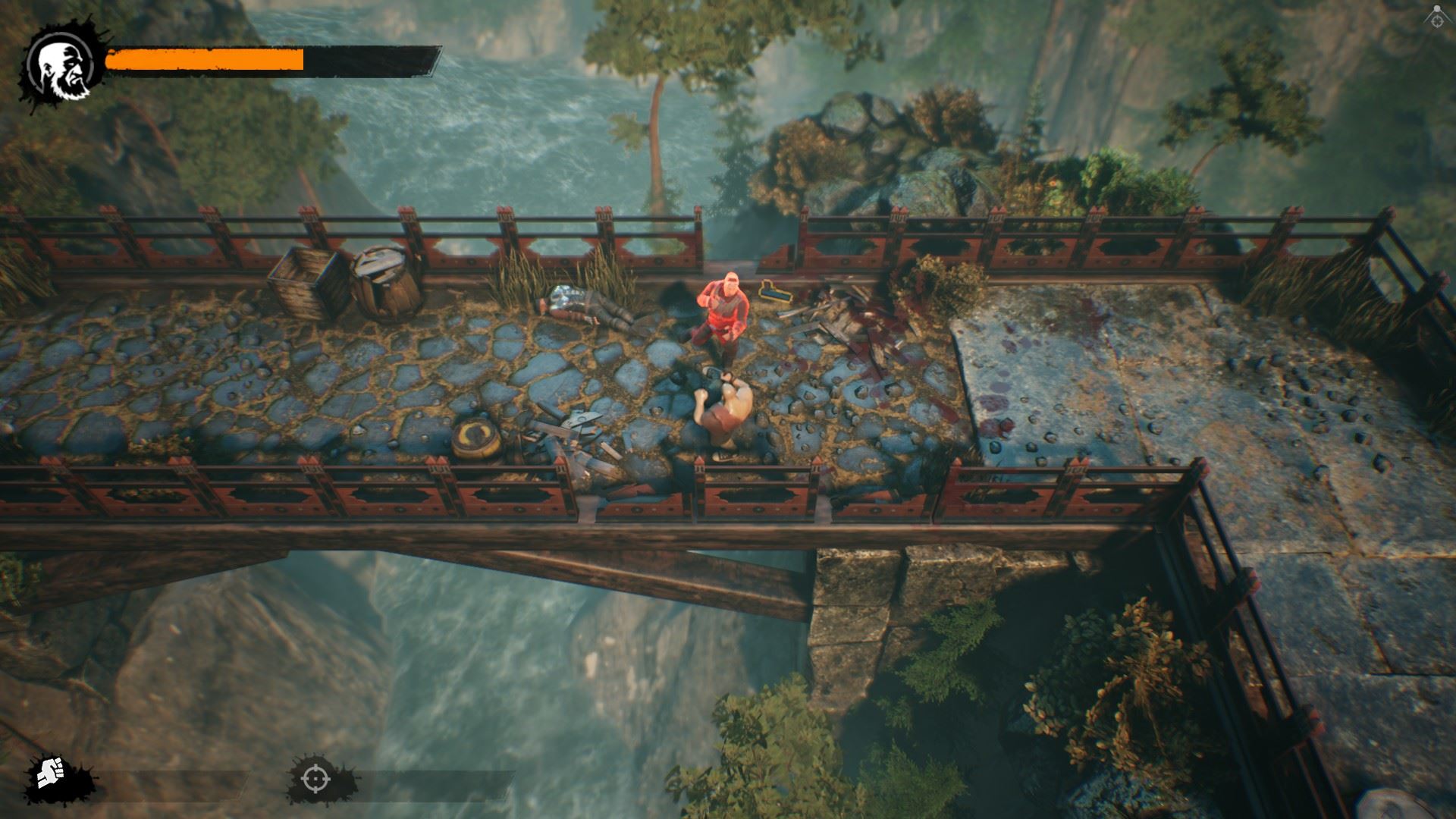 There isn’t that much of a story here other than what I’ve mentioned above; war machine finds peace, becomes war machine again. Weapons abound aplenty, with everything you can grab highlighted for you to pick up and kill with a simple press of a button. Both Vasily and your enemies are really well animated, and there are no issues with discerning what is going on from the overhead viewpoint you have.

There is a levelling system in Redeemer that rewards players with ever increasing acts of violence. Vasily is an utter machine and if you want to punch and kick your way through the title you could certainly have a good shot at it. As you level up you can choose additional attacks which make you a one man army. Redeemer despite its shoddy story never got dull for me; the attacks and over the top kills were genuinely entertaining and encouraged me to keep going. There are various attacks that appear to be kung fu in origin that deal serious damage to those who get in your way. And if they don’t work…. well there are tons of weapons too. 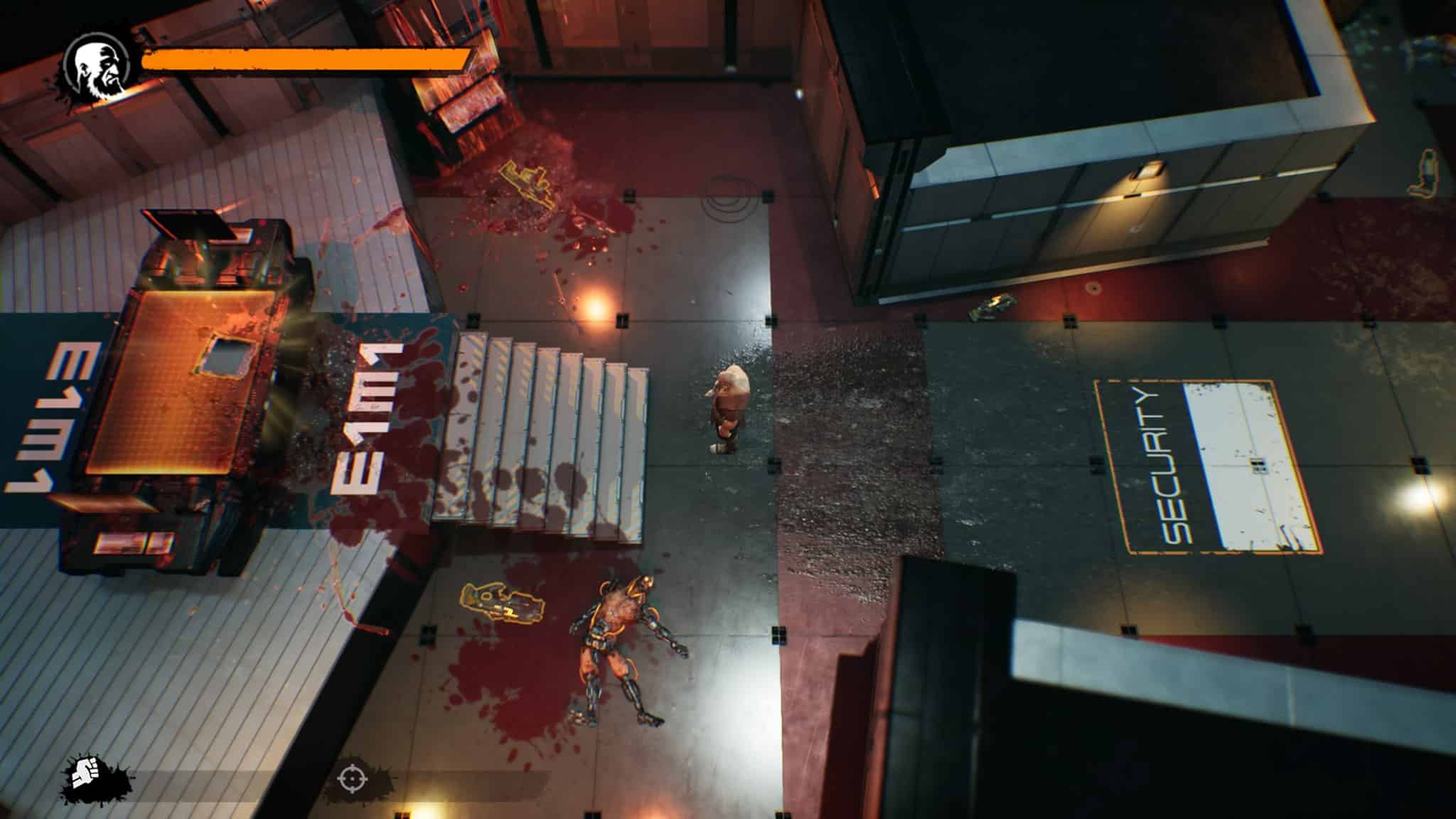 The way the developers got Vasily’s attacks down so well is genius. He locks onto weapons with you controlling the right analog stick and firing your weapons or hitting and kicking. There are basic combos and prompts that allow you to do even more damage to your foe by using highlighted parts of the environment to slam them into, or set them ablaze. Gun fire is very satisfying, with the title doling out the heavier bang bangs once you get a little deeper into the game. Use up all your ammo, throw aside what you have, and pick up another weapon and then go back to town on anyone who dares get in your way.

Completionists would be well advised to check out the trophies for this game, as many of them are based on killing enemies a certain way in a particular level, and missing them means you will have to repeat the chapter at some point which can be done through the main menu very easily. The trophies are also good for a laugh with some funnily titled achievements waiting for you to literally execute.

Redeemer Enhanced Edition is also rounded out with a brilliant two player co-op mode which was a lot of fun, playing local two player. There is also the torturous arena mode which I found a little boring, just trashing through waves of enemies that you have already fought before. 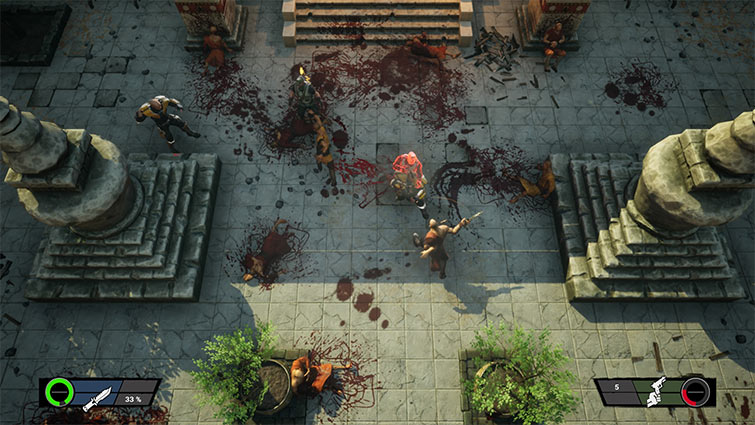 Audio in the game is spot on and really accentuates the violence with rewarding booms and blows. The actual soundtrack is also great and doesn’t wear despite repetition. This is a game that you can play for ages without getting bored, or just a short time without feeling like you are missing out on something.

I really like this game and I am sure that most of you out there will also enjoy it. It is rough and tough and very polished. I cannot wait to see just what is planned next for our mate Vasily to destroy. All in the name of peace.