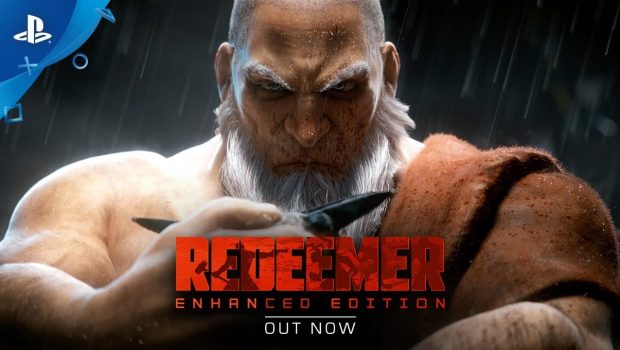 “It was a really long journey. We’ve done a huge job and can’t wait for the upcoming release of the Redeemer: Enhanced Edition,” – said Dimitry Kachkov, Sobaka Studio CEO. “We literally feel the future excitement of a new players when they will launch the game on the consoles all around the world – that’s like the whole new planet is about to be born in the open space of the game industry!”

“Redeemer: Enhanced Edition is the first game Buka Entertainment is publishing on video game consoles. This is a very important milestone for both us and Sobaka Studio team as from this day on players can enjoy our title worldwide on any modern video game platform available. And thanks to our partners from Koch Media, it’s not only digital but also a disc edition!” said Artyom Studenikin, Buka Entertainment PR Manager.

“It was supposed to be my one thousandth morning of peace. I guess I need to reset that counter”, added Vasily, the protagonist of the Redeemer: Enhanced Edition.

Redeemer: Enhanced Edition is an intense modern take on the Brawler genre where you will punch, hack and blast your way through enemies using fists, hammers, firearms and even the environment.

Play as Vasily, once elite operative working for the biggest Cybernetic Weapon Manufacturer in the world, he narrowly escape to a secluded monastery when the corporation turned on him, willing to make him one of its cyborg soldiers.

For 20 years he tried to find peace and harmony amongst fellow monks until the corporation eventually found his trace and is now closing-in on Vasily’s location in so doing, they have given him one last shot at redemption.

Unique kill system: Use three different types of kills to mercilessly eliminate enemies: sneak to stealth kills; use the environment to dispatch your opponents; utilize your combat prowess to beat down your opponents

Disarm-or-dismember system: Use a unique combat move to either disarm enemies of their firearms or dismember certain enemies at will and use their limbs as melee weapons.

Parry System: Defend yourself whilst taking down your enemies by utilizing a well-timed block. Learn the movements and attack patterns of different enemy types to perfect your parry.

Story driven single-player: Discover Vasily‘s haunted past and experience a narrative journey of betrayal and redemption.

Co-op mode: Play with your friend in co-op mode on one console: Friendship is tempered in battle.

Leveling: In-game leveling is based on a gradual battle skills improvement – character’s proficiency with a skill is increased through practice of different attacks: kicks, punches, light and heavy melee weapons or guns such as handgun, shotgun, submachine gun, assault rifle or plasma gun.