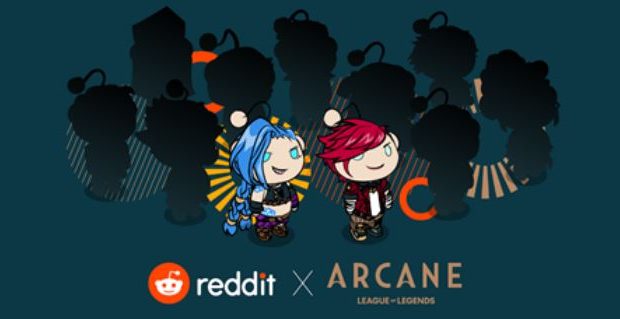 Reddit is announcing its partnership with Riot Games.This is a first-of-its-kind avatar partnership for Reddit and will enable redditors to change their avatar, the iconic snoo into League of Legends characters.

This is part of Riot Games’ launch of the  new League of Legends Netflix show: Arcane — and something that Reddit hopes to empower its redditors and LoL fans to customise their appearance/identity on the platform and immerse themselves in the LoL universe… check out the official release below:

Today, we’re launching Reddit’s first-ever avatar partnership, in collaboration with Riot Games. The character avatars are themed to the new League of Legends animated series, Arcane, debuting on Netflix on November 6th. The first two League of Legends avatar creations – Vi and Jinx – are now globally available to redditors, with more character creations coming on a weekly basis, as they appear on the show.

“Through this partnership with Riot Games, we’re looking forward to seeing gaming and dedicated League of Legends communities connect with one another in a meaningful way. We love when people express themselves on Reddit, and we’re always looking for more ways to make it easier to join and become part of communities,” said Reddit VP of Business Development, Jonathan Flesher.

“The League of Legends community on Reddit has been one of the most active and vibrant homes for fandom throughout the company’s history, so it’s only right that we do something special for them,” said Brandon Miao, Cross-Product Experiences and Partnerships Lead, Riot Experience (XP) at Riot Games. “We’re thrilled that Reddit has gone above and beyond making these avatars for all Redditors, and hope it introduces the magic of Runeterra to new fans.”

To see the new League of Legends avatar creations today — look on your Reddit profile (via the side-drawer drop-down menu) and check them out in the avatar builder! As with all our features, we will continue to work closely with Reddit communities on improving avatars and making updates.

Once a redditor has set their avatar as their profile image, they will see it on their profile page,   their profile hovercard, in comments they leave, and in posts they create. Avatars enable redditors to more closely align themselves with their favorite communities, while also giving themselves individuality, distinction, and prestige.

For more details on avatars, check out our help center article.