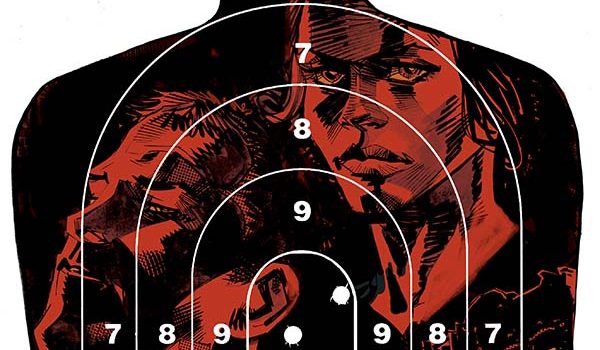 Garth Ennis is a legend in the world of comics. Ground breaking series such as Preacher, The Boys, and the nightmare inducing Crossed has established his legacy. A note to those who haven’t read Crossed, do so only if you have the strongest of stomachs and a stiff drink to get you started. However, this time Ennis takes on the police procedural genre. Whilst the conventions that have been ever present in this genre are here they never feel boring or dated in the hands of a master writers. In fact the dialogue whilst funny feels grounded in a sense of realism. 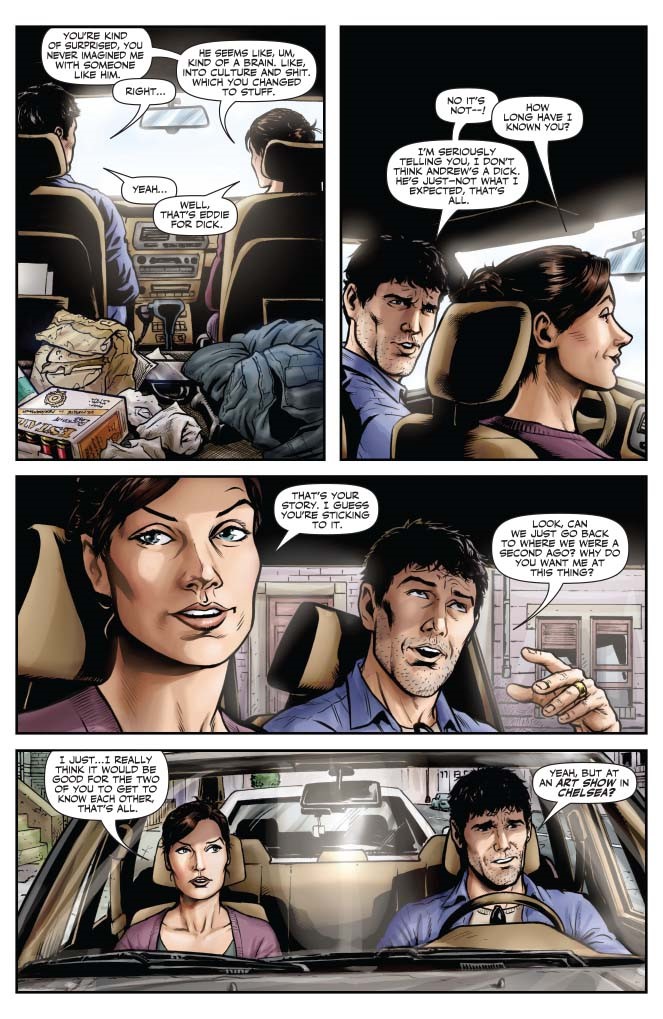 For those of us who have not read the last volume this doesn’t prove to be much of a problem. The first issue establishes the main characters, and their relationship in a few panels. It short and snappy no nonsense writing that brings the casual reader up to speed. The two main characters are clearly defined and their banter and camaraderie lends the writing a conversational tone. It feels to an extent as if we the readers are there within the panels eavesdropping on their conversations. The dialogue feels real, it feels natural. Although one criticism that can at times be levelled at this comic is going against the age-old rule of “show don’t tell.” Especially when quite a lot of the story is told through dialogue. That being said, when the dialogue is this good you can afford to defy old ground rules. 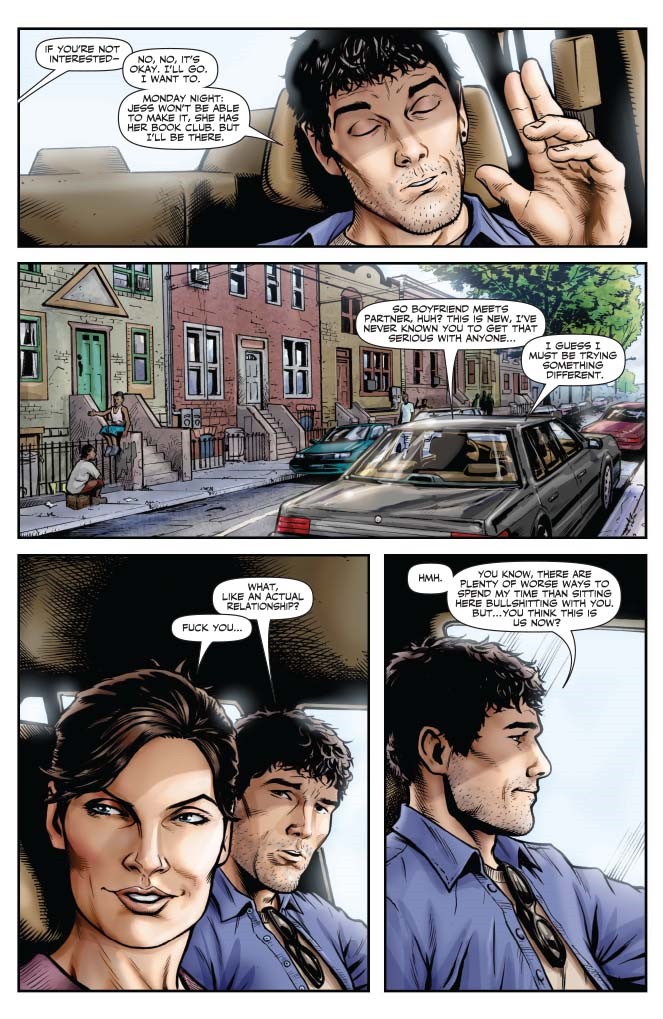 The artwork, courtesy of Craig Cermak, is beautiful and well rendered, suiting and fitting the mood of each panel perfectly. The art work compliments the writing and shows how pivotal the artist and writer relationship. Especially in creating the world of the comic and bringing it to life based on Ennis’ script. The expressions on the characters’ faces are always well rendered, and capture their reactions to the situations they are presented with. In one particular panel one unfortunate character defecates herself being a good comic standout. Toilet humour and foul language isn’t big or clever but always worth a chuckle. 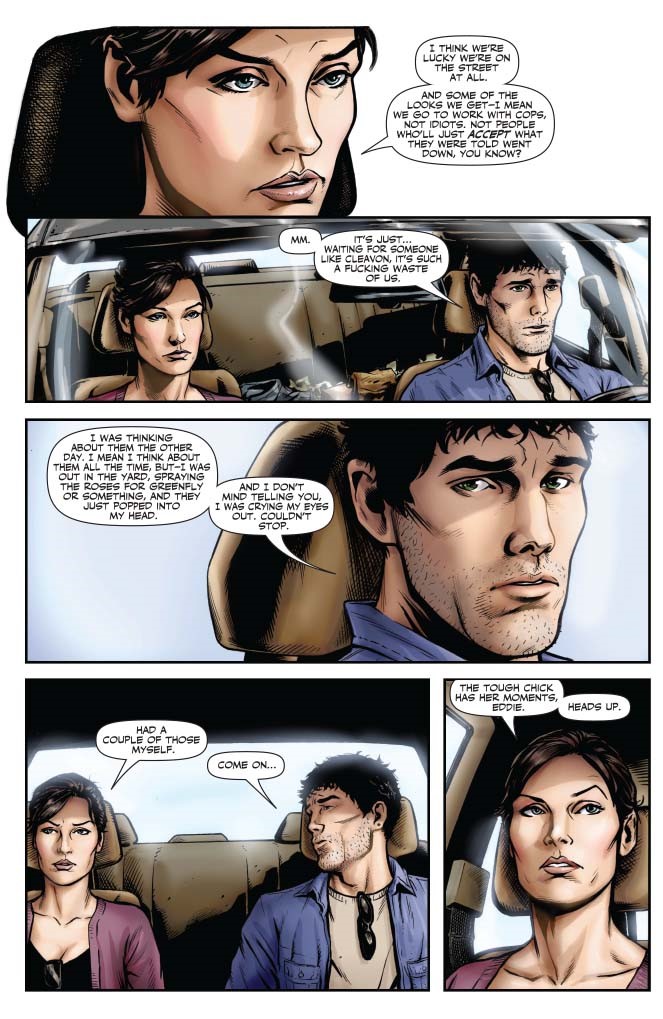 The main question for fans of Ennis would be how does this measure up to his best work? Does it hit the heights of Preacher? The answer is no, however, this does in no way mean this is not worth a read. In fact the comic serves its purpose quite well and that purpose is entertainment. This may not be Ennis at his most thought provoking but it’s Ennis having fun with genre material. Genre material which in Ennis’ hands never feels cliched or outdated.